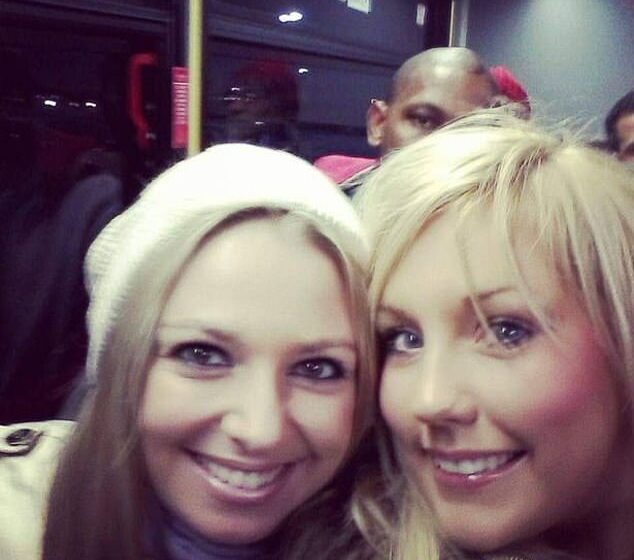 A single mother hiding in a freezing shelter with her child has urged Home Office officials to waive ‘scrupulous’ checks on the homes of UK sponsors as ‘anything is better than a cold bunker’.

Iryna Ovchar, 31, and her daughter Zlata, five, have been waiting three weeks to join her friend Sophie Alkarnaz, 31.

But the women, who met working on Royal Caribbean Cruise ships in 2014, have not yet had any response to an application they made on March 18.

Miss Ovchar and Zlata spend most days sheltering in the basement of her apartment building in a small town in western Ukraine.

She has heard of Ukrainians whose UK sponsors have been rejected after their homes failed to meet Home Office requirements, which mean houses are checked for spaciousness and health and safety hazards. 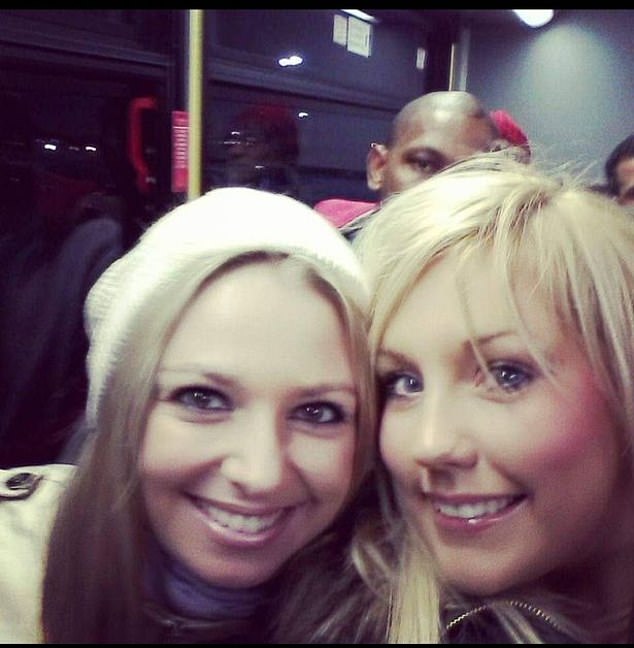 Iryna Ovchar, 31, and her daughter Zlata, five, have been waiting three weeks to join her friend Sophie Alkarnaz, 31 (pictured right) 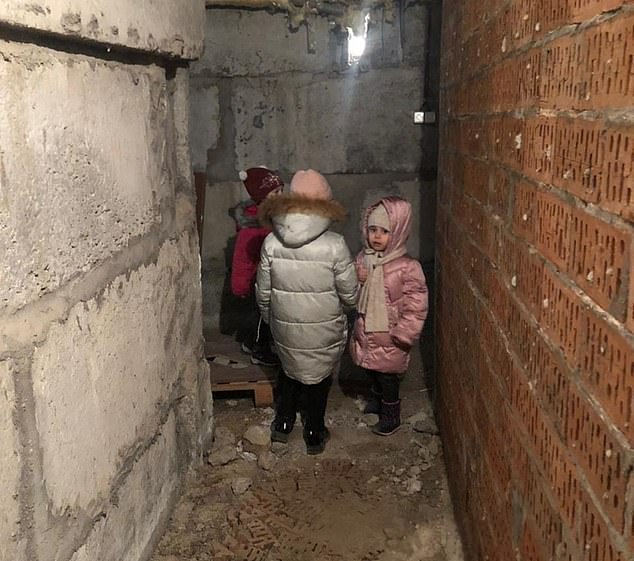 Miss Ovchar and Zlata spend most days sheltering in the basement of her apartment building in a small town in western Ukraine. Pictured: Zlata (right) and her friends wait in a freezing bunker in Ukraine

‘When I hear that the sponsor’s house has been inspected and some minor things did not meet the standards, and as a result, accommodation was not approved, I just want to say one thing to inspectors, “Here in Ukraine people live in a cold bunker. We appreciate such scrupulousness and wishes to welcome us in the best conditions, but it is not the most important thing right now”.

‘Believe me, anything is better than a cold bunker, and there is no more precious thing than peace and safety,’ the recruitment professional said.

Mrs Alkarnaz has offered to house her old colleague in a two-bed terrace she normally rents to tenants near her home in Swansea. The mother-of-two said she has been told it will need to be inspected by her local authority but she is still waiting on a date.

She said: ‘I feel absolutely hopeless, I can’t sleep at night knowing that I’ve got a home for her ready… she just wants to keep her child safe.’

Despite the wait, Miss Ovchar said she is grateful for the help. ‘So many people around the world texted me since the war started… offering help. But, frankly, the real help came from one person, and that is Sophie from Wales,’ she said.