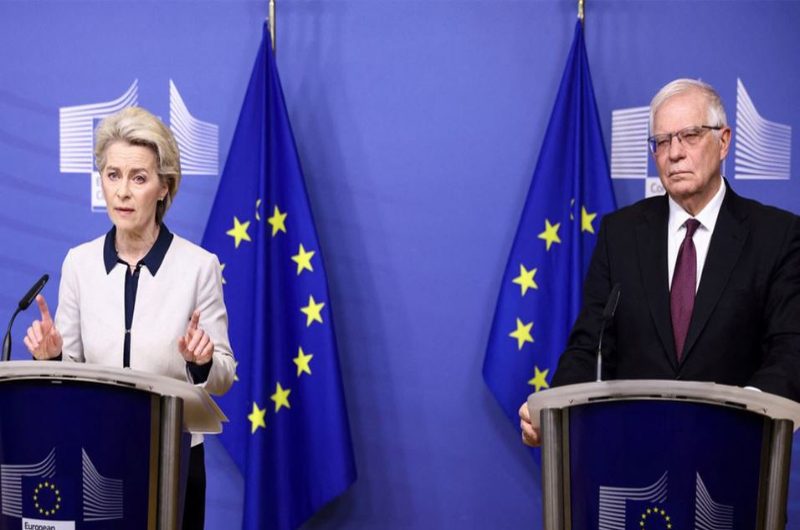 Ukraine gathered a record of international aid this Saturday, more than 10 billion euros were raised thanks to artists and the support of the European Commission.

An international fundraiser has raised 10.1 billion euros for Ukraine, at a time when the noose is tightening on this country, faced with an armed struggle.

The Ukrainian president is constantly asking for “more weapons” from his Western partners, who have not hesitated to supply him with different types of weapons, missiles and armed vehicles to fight Russia, in the face of NATO’s rejection of to invest directly with Ukraine.

On Saturday, European Commission President Ursula von der Leyen announced the lifting of this amount from Warsaw the day after a visit to kyiv.

“The world has finally pledged 9.1 billion euros as part of the campaign (Stand up for Ukraine, editor’s note) (…) In addition, the Commission, in collaboration with the EBRD, is adding an additional billion for displaced persons in Ukraine. It’s fantastic. So 10.1 billion euros,” Ms von der Leyen said.

Of the sum promised by the European Commission, 600 million will go to the Ukrainian authorities and 400 million to “border states which are doing a remarkable job to help refugees”, said the European official, adding that other funds “will come”. add to it.

Artists such as Elton John, Alanis Morrissette, Billie Eilish, Annie Lennox or Chris Rock, have joined the campaign alongside world leaders, companies, which have raised these funds.

“We are devastated to see the suffering of people in Ukraine,” reacted British singer Elton John on Facebook.

British Prime Minister Boris Johnson traveled by “surprise” to the Ukrainian capital where he met Ukrainian President Volodymyr Zelensky, and held a two-way talk with him.

He is the first leader of the G7 countries to visit Ukraine since the invasion of the conflict began in late February.

“Today I met my friend President Zelensky in Kyiv to show our unwavering support for the Ukrainian people,” Boris Johnson tweeted after the meeting.

“We are putting in place new financial and military aid that demonstrates our commitment to his country’s fight against Russia’s barbaric campaign,” he added.