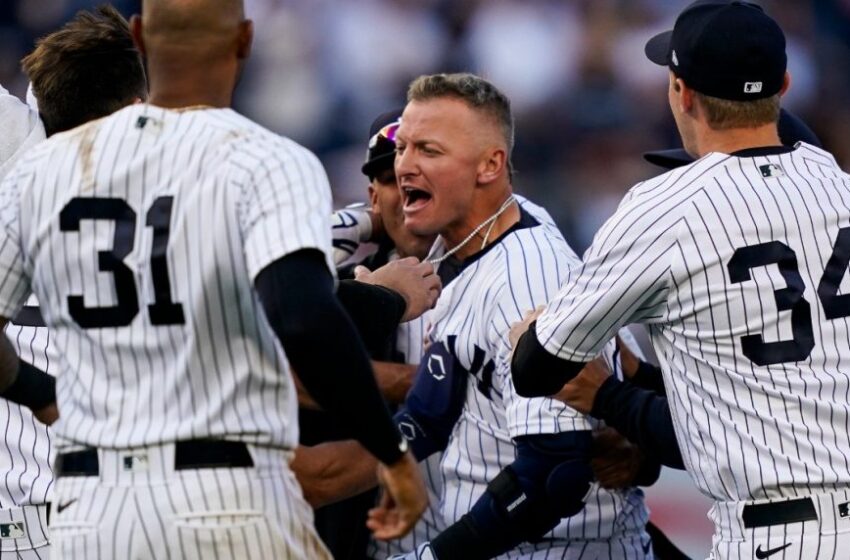 NEW YORK (AP) — Josh Donaldson capped his Yankees debut with an RBI single in the 11th inning, lifting New York over the Boston Red Sox 6-5 Friday for its first walk-off win on opening day since Yogi Berra scored in 1957.

Trailing 3-0 before ace Gerrit Cole got a single out, the Yankees rallied against their longtime rival.

Xander Bogaerts put the Red Sox ahead 5-4 in the 10th with an RBI single against winner Michael King — Bogaerts’ his third hit of the game. Pinch-hitter Gleyber Torres tied it in the bottom half with a sacrifice fly off Ryan Brasier.

Donaldson, acquired from Minnesota last month, grounded a single up the middle against rookie Kutter Crawford leading off the 11th. Isiah Kiner-Falefa, who started the inning as the automatic runner at second base, scored in his Yankees debut.

It was the Yankees’ sixth overall walk-off win on opening day. The last time came when the defending World Series champions began the 1957 season by beating the Washington Senators 2-1 as Berra scored on a single by Andy Carey.

Cole was booed 14 pitches in. He walked Kike Hernandez on four pitches leading off and allowed a two-run homer to Devers on a 98.6 mph pitch that landed in the second deck in right. Bogaerts followed with a single and scored on J.D. Martinez’s double, prompting a mound trip by pitching coach Matt Blake.

Cole had looked forward to his first Yankees opener before a full crowd. He settled down to retire 11 of his last 14 batters.

Stanton has five opening-day homers, including four with the Yankees. He struck out in his four other at-bats.

DETROIT (AP) — Javier Baez wound up with a winning RBI single on a game-ending replay reversal in his Detroit debut, and the Tigers beat the Chicago White Sox 5-4 on Friday.

With two out and a runner on third in the ninth inning, Baez hit a drive to right off Liam Hendriks that sent AJ Pollock back to the wall. Pollock appeared to make a juggling catch, but the ball struck the wall before going off the outfielder’s glove.

The new-look Tigers started celebrating as they realized what happened, and the opening-day crowd joined in after umpire Marvin Hudson announced the reversal of the call.

Eric Haase hit a solo homer off Hendriks (0-1) earlier in the ninth.

Chicago’s Andrew Vaughn hit a tiebreaking solo homer off Gregory Soto (1-0) in the top of the ninth.