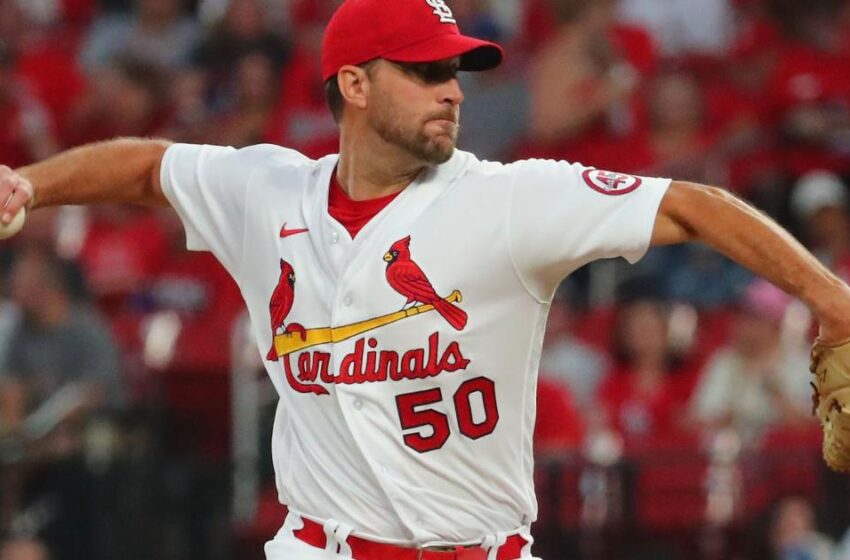 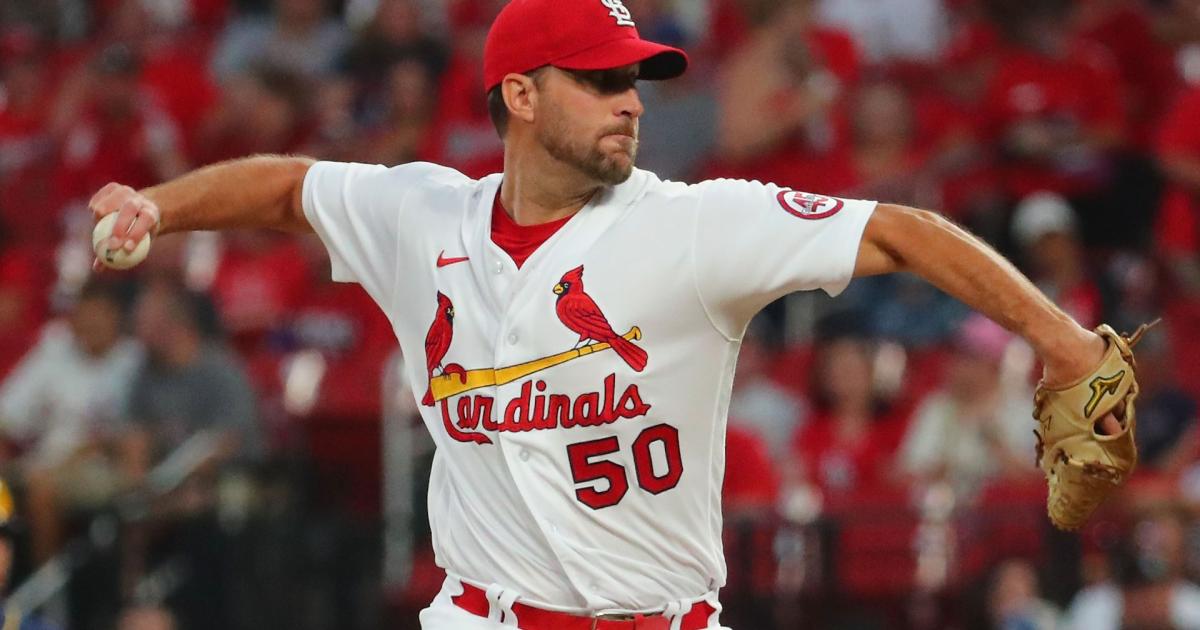 Just a few weeks ago, it was unclear when MLB’s Opening Day may occur. The lockout was ongoing and there was seemingly no end in sight. But eventually, cooler heads prevailed and the two sides reached an agreement.

Now, April 7 is here, and so is baseball. Now, gamblers will be able to bet on the sport almost every day for the duration of the summer and through September.

That’s the beauty of betting MLB contests. Once the season starts, there are always games on which to bet, though it can be tricky to do so early in the season. Why? Part of it is the unpredictable nature of baseball. The other part is external factors like the weather and the lockout’s impact on spring training.

That said, once bettors gather data on the early-season performance of teams, it becomes easier to spot undervalued spreads and over/unders. And pitching performance tends to be at least somewhat predictable for MLB’s best, so that can lessen the burden of making picks once enough of a sample size exists.

But at this early stage in the season, when there is no data, how do you know which picks to make? Generally, bettors will have to rely on the performance of each team from the previous season while factoring in the major offseason changes.

With that in mind,  Sporting News has you covered with some betting advice and picks to take a chance on as MLB begins its 2022 season.

FAGAN: Five teams that will exceed over/under win totals in 2022

Below are the odds for each of MLB’s seven Opening Day game, including the spread, moneyline and over/under for each matchup, per DraftKings Sportsbook.

The Cardinals are, easily, the most appealing favorite to bet on Opening Day. They are taking on a lowly Pirates team that has the third-lowest payroll in baseball at $37.9 million. They have little proven pop in their lineup outside of Brian Reynolds, and they are starting a pitcher with a career FIP of 4.86 and 1.8 homers per nine innings as their ace.

Meanwhile, St. Louis is rolling with Adam Wainwright on the hill. Wainwright has a history of success against the batters in Pittsburgh’s lineup, as he has held them to a combined slash line of .129/.154/.197 in 101 total at-bats with 26 strikeouts. He won’t allow much and that will position the Cardinals to build, and keep an early lead.

It also helps the Cardinals that this game is in St. Louis and Albert Pujols will be playing his first game since rejoining the team. That will give them the emotional edge needed to pull off a potential blowout victory.

Guardians at Royals UNDER 8

There’s always a risk of one big inning blowing the under out of the water, but the Guardians vs. Royals figures to be a pitcher’s duel.

Shane Bieber made 16 starts for Cleveland last year. He allowed more than three runs in just one of them and allowed two or fewer runs in nine of those contests. He is one of the hardest pitchers to hit against in baseball, and he figures to do well even against a solid-looking Royals lineup.

As for Kansas City, they will be starting Zack Greinke for the first time since they traded him midway through the 2012 season. This will be an emotional moment for Greinke, 38, who established himself as one of MLB’s best pitchers with the Royals 15 years ago.

Greinke had some rough outings last year, but in 21 of his 30 starts, he allowed three or fewer runs. Coming off an offseason of rest, Greinke should be ready to be at his best and will benefit from facing a Guardians offense that is young and unproven outside of Jose Ramirez.

Let’s take a risk with our third best bet. On paper, the Brewers are better than the Cubs. They have a stronger lineup and reigning Cy Young winner Corbin Burnes could give Chicago fits on Opening Day.

That said, Kyle Hendricks is a great equalizer here. He had a rough go in 2021, but he has had success again several of the bats in the Milwaukee lineup. In 97 total at-bats, the quartet of Lorenzo Cain, Andrew McCutchen, Keston Hiura and Omar Narvaez have a combined 14 hits against Kendricks. All but one have been singles. That’s not going to protect Hendricks from every bat in the Brewers lineup, but there are enough holes within their unit for him to keep Chicago in the game.

Hendricks has done this in the past. He has started six games against the Brewers in the last two seasons and has pitched at least six innings while allowing two or fewer runs in four of them. Sure, there’s the occasional blip on the radar, but if the good version of Hendricks shows up, this game will be close. It’s definitely a risky bet, but don’t be surprised if the Cubs pull out some Wrigley magic on Opening Day.

We already went over why the Cardinals were a good pick above. They seem like a pretty sure bet to beat the Pirates by two-plus runs. That said, pairing them with another longer-shot seems like an ideal choice, and the Angels qualify.

Los Angeles is favored by 1.5 runs but the payout for a bet at that margin is +150. Why? Because the Angels are playing the Astros, a team with a strong, well-balanced roster with a good offensive reputation.

The Astros are, however, a bit weaker without Carlos Correa in the lineup while projected starter Framber Valdez has struggled against the Angels. Los Angeles batters have a slash line of .306/.381/.446 against Valdez, so they can definitely do some damage, especially with Shohei Ohtani both pitching and hitting in the opener.

The Angels aren’t guaranteed to beat the Astros, but the juice makes them a nice value pick when paired with a surer bet like the Cardinals. You can also roll with the Angels moneyline in a parlay if the -1.5 figure scares you off.

Padres at Diamondbacks OVER 9 AND Guardians at Royals UNDER 8

Usually, over/unders are lower on Opening Day because each team’s respective ace is starting on extended rest. That’s why there are so many single-digit run lines for Opening Day.

Still, the over/under on the Padres-Diamondbacks game is too low. Why? Because both starters have struggled against the teams that they are playing to begin the season.

Darvish has allowed 1.063 OPS and five homers in 76 at-bats against members of the Diamondbacks. Meanwhile, Bumgarner has allowed a .894 OPS in 158 at-bats against the Padres with 12 homers surrendered. Both the Padres and Diamondbacks have power in their lineups, so it’s easy to imagine this turning into an offensive battle. The temperature will be in the 90s on Thursday, too, so that will help the baseball to carry a bit more even if it cools a bit by nighttime.

It’s never fun to bet the under, so why not pair an over with it? That way if the Bieber vs. Greinke duel goes as expected, you’ll be able to root for offense in the later night game that will finish off MLB’s Opening Day.

Don’t worry, if you’re wondering who you should pick in each MLB Opening Day matchup, we’ve got you covered. Here’s a brief breakdown of each of the seven games currently scheduled to take place on Thursday.

Hendricks has had success against a good chunk of the Brewers’ lineup during his career, so this figures to be a pitcher’s duel as he faces off against the reigning Cy Young winner, Burnes. The Brewers have a better lineup than the Cubs, but if Chicago gets a good effort out of Hendricks, they will be positioned to win this one late. Given that the game is at Wrigley, we’re rolling with the Cubs.

The Mets looked like a sure-fire bet when we thought they’d be starting Jacob deGrom on Opening Day. Unfortunately, he is sidelined with yet another injury, this one in his shoulder. Because the injury happened so late in spring training, the Mets are actually rolling with a bullpen game led by Megill off the bat while the Nationals will roll with Patrick Corbin, who led MLB in losses last year with 16.

New York still looks like the better pick in this game. The Mets have a strong lineup and their bullpen is well-rested, so they should be able to outduel Corbin and the Nats.

Will Greinke be able to make his return to Kansas City a special one? This will come down to the final couple of innings, but Bieber should get the Guardians their first win since the team changed its name.

JT Brubaker gave up a slash line of .299/.358/.586 to the Cardinals last year in four starts. He went 0-4 with a 6.65 ERA in those four appearances. The Cardinals should be poised to earn a big win over the Pirates in this one as they help a trio of veterans in Wainwright, Pujols and Yadier Molina enjoy what is likely their final Opening Day together.

Don’t expect the Braves to crush the Reds. In fact, rolling with the Reds at +1.5 could be a sneaky-good pick. Sure, they offloaded a lot of their high-end, expensive talent during the offseason, but four of the last five reigning World Series champions have lost their Opening Day game since the year following their championship.

Cincinnati may not quite be able to get by Atlanta, but the Braves shouldn’t expect an easy game. There’s a reason that repeating as World Series champions is hard, after all.

Valdez is a strong pitcher, but he has struggled against the Angels. Facing a lineup featuring Ohtani, Mike Trout and Anthony Rendon, among others, will make this a tough first test for the Astros, who will also have to get used to life without Carlos Correa.

Bumgarner has allowed an OPS of .894 to players in the Padres’ lineup this year. Meanwhile, Darvish has surrendered a 1.063 OPS to members of the Diamondbacks’ lineup. This could end up being a back-and-forth barn burner, but odds are the Padres will prevail.