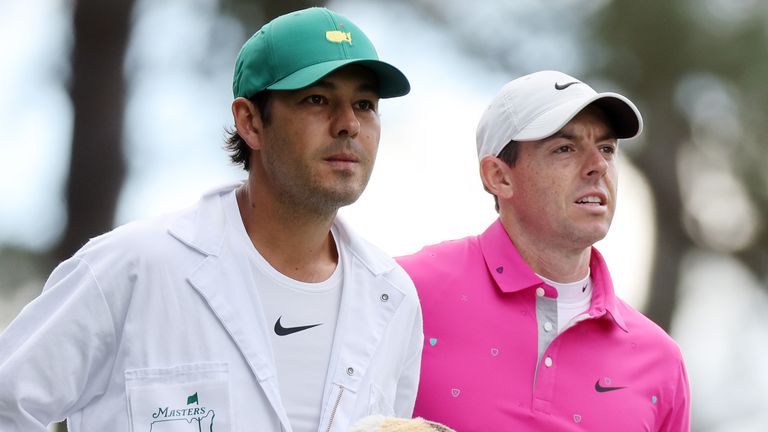 “I do enjoy the challenge, this is what major championship golf is all about,” McIlroy said. “It’s not easy, and it’s not supposed to be easy. I think the conditions look pretty similar tomorrow as well, so looking forward to that.

“Someone might get to four or five under by the end of the day, but I still feel like I’m right there. You go out tomorrow and you play a decent front nine, and all of a sudden you’re right in the thick of things. I’m in a decent position. I’d like to be a couple of shots better at least, but I’m still right there.”

The former world No 1 holed a 15-footer to avoid a bogey at the third, only to find trees off the fifth tee and then fail to get up and down from just short of the green to save par.

McIlroy scrambled from the sand to save par at the last and head into the weekend on two over, with the 20-time PGA Tour crediting a change in golf ball for the way he handled the challenging conditions.

“I was playing a spinier golf ball and it just would have made things a lot more difficult,” McIlroy added. “I would have had to have played a lot more wind. Yeah, it’s actually been really beneficial over the last couple of days.

“We’ve played in so much wind this year. I played Abu Dhabi this year and it was really windy. Bay Hill got windy. The Players was obviously very windy. San Antonio was windy. I think the wind magnified some of the characteristics that that ball had.

“I’d just had enough of chipping six-irons 160 yards. I wanted to just feel like I could make full swings with a seven-iron and still hit the same shot. So that’s why I went to a lower spinning ball, and it’s helped this week.”

Watch The Masters this weekend exclusively live on Sky Sports Golf, with additional feeds and bonus action during all four rounds available via the red button.