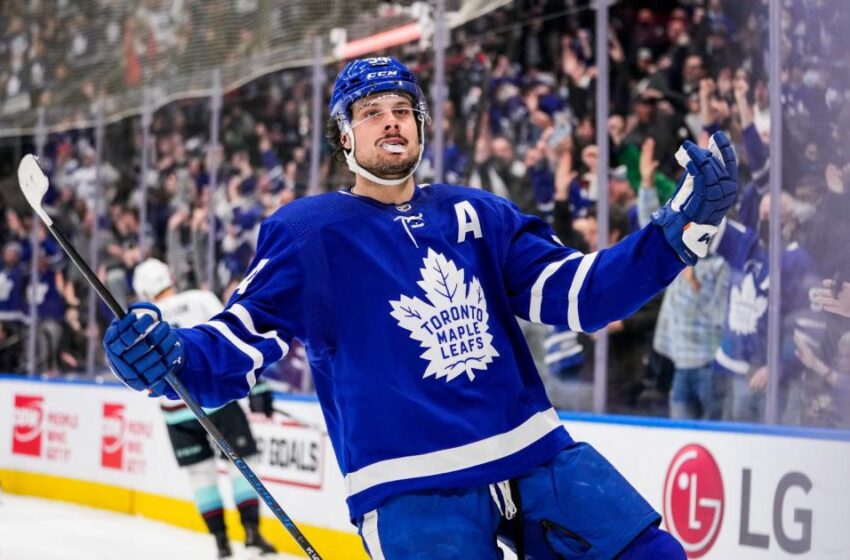 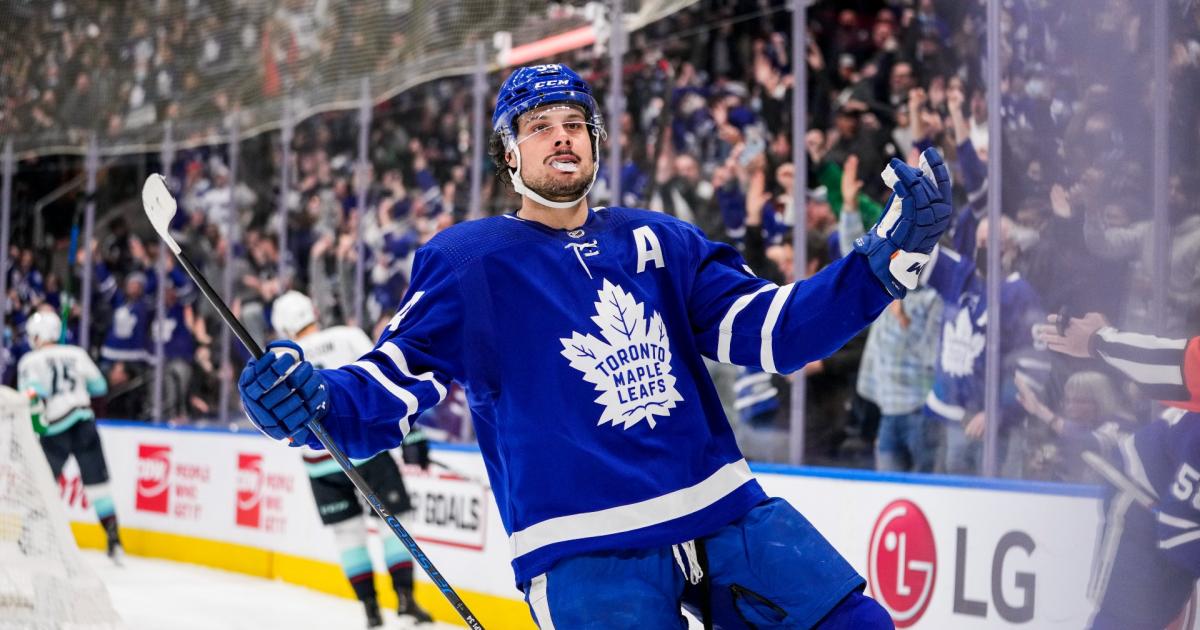 Auston Matthews loves to score. And he’s really good at it.

The Maple Leafs star broke Rick Vaive’s franchise record for most goals in a single season. He potted goal No. 55 with his one-time goal against the Stars on Thursday.

He tied Vaive’s record earlier this week with his hat trick against the Lightning on Monday.

It was Matthews’ fourth hat trick of the season.

He became just the fourth player in Toronto history to score 50 goals in a season last week, joining elite company in Toronto franchise history. Only Vaive, Gary Leeman and Dave Andreychuk have accomplished that feat while wearing the Maple Leafs sweater.

A player of his caliber has been a rarity in recent history for the Maple Leafs. The No. 1 pick from 2016 has skyrocketed to become an elite goal scorer in the league. His quick release is a nightmare for goaltenders to handle and his slick hands can leave defenseman swiping at air.

He’s having an MVP-type season, already setting new career-highs in points and goals. His previous high in goals was 47 and his current 97 points have blown past the previous best of 80.

There’s a legitimate argument to be made that Matthews is already the best goal scorer to ever wear a Maple Leafs sweater. He’s already at the top echelon of Toronto’s all-time goals list and is on his way to becoming the leading goal scorer in franchise history.

Who has the most goals in a single season in Maple Leafs history?

As mentioned there are only four players who have hit 50 goals in a season — Matthews, Vaive, Andreychuk and Leeman.

Vaive is the only one to do it more than once, reaching the feat three times in his career. Given how young Matthews is, there is a good chance he does it more than just this season and may hit, or pass, Vaive’s record of three times during his career.

Here is a look at the Maple Leafs single-season goals record.

How many career goals does Auston Matthews have?

Matthews is in just his sixth NHL season, but he’s quickly working his way up the all-time goals list.

The young Maple Leafs star has found the back of the net 254 times already in his career. He led the NHL in goals last season with 41, earning his first Rocket Richard Trophy. He is on his way to repeating, as his 54 goals lead the league this season.

This is the fourth time that the sniper has eclipsed 40 goals in a season and the first time he’s hit 50. He’s quickly making the argument that he’s not just the greatest goal scorer the Maple Leafs have ever had, but the NHL’s best goal scorer right now.

Who has the most career goals in Maple Leafs history?

One of the greatest NHL players of all time sits at the top of the list for career goals in Maple Leafs history.

Mats Sundin has the most goals in Maple Leafs history. He spent 13 seasons in Toronto, racking up 420 goals in a Maple Leafs sweater.

Looking at the top-10 list, not so shockingly at No. 9 is Matthews. At just 24 years old, he is already among the greatest goal scorers the franchise has ever seen with his 253 career goals. With his hat trick, he passed by Bob Pulford for No. 9 all-time.

How many goals does Matthews need to become No. 1?

Matthews still has a ways to go to catch Sundin for the top spot. But if Matthews continues on the trajectory he is on and stays with the Leafs, there is no reason why he would not pass the Swede.

There are 166 goals that separate Sundin and Matthews. Sundin racked up all of his goals in 981 games played. Matthews has only played in 398 games and is already more than halfway to Sundin’s mark.

Looking at his career, the Maple Leafs forward is averaging 0.64 goals per game. If he continues at that rate, he will need to play in about 268 more games to surpass 420 goals. That’s just under four full NHL seasons Matthews would need to play, and at 24 years old that’s certainly doable. You’re looking at Matthews potentially topping that list by the time he’s 28 years old.