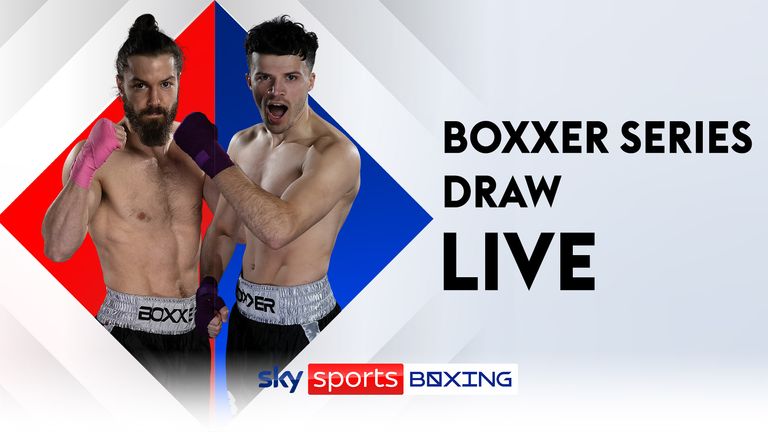 LIVE STREAM: BOXXER Series Lightweights draw – who will they face?

Watch a live stream of the BOXXER Series draw to determine who will fight who, as eight lightweights prepare for a one-night tournament on Saturday. The unique-concept tournament is live on Sky Sports – it’s a quick-fire competition featuring four quarter-finals, two semi-finals and a final on the same night.

The winner must make it past three opponents – each fight is three rounds of three minutes.

Unified world champion Mikaela Mayer will be pulling out the names during this live quarter-final draw.

She will then provide expert analysis at Friday’s weigh-in before commentating on Saturday’s bill.

Watch the BOXXER Series tournament from the Coventry Skydome Arena live on Sky Sports Action from 8pm on Saturday.