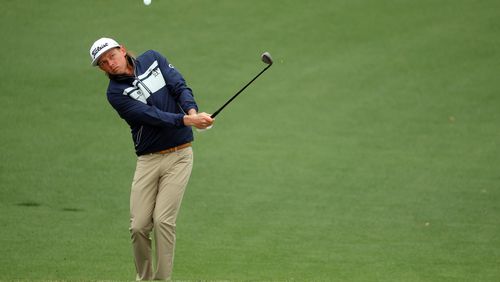 With his mullet flapping in the Georgia breeze, Cameron Smith made sure Scottie Scheffler didn’t run away from everyone else at the Masters.

Thanks to Smith, the leader will have to work for that green jacket.

The 28-year-old Aussie turned in a third round that didn’t seem possible at Augusta National with the unseasonably cold temperatures and strong gusts.

Smith shot a 4-under 68 — the only score in the 60s — to pull within three shots of Scheffler and join him in the final group on Monday (AEST).

“It was really tough out there,” Smith said. “I think I did a good job of just staying within myself, staying patient with the course. Just hitting lots of quality iron shots, and the putts went in as well.”

This is not an unusual position for Smith. 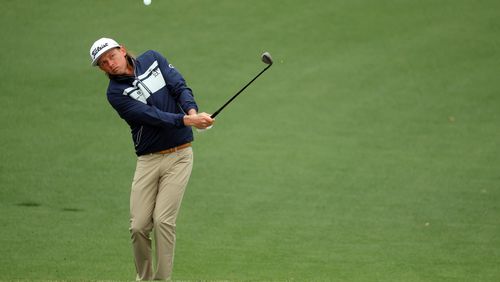 In five previous Masters appearances, he has three top-10 finishes — including a tie for the runner-up spot behind Dustin Johnson in 2020.

That year, with the tournament played in the fall for the first time because of the coronavirus pandemic, Smith became the first golfer to post four straight Masters rounds in the 60s.

It wasn’t good enough to top Johnson, who romped to a record-setting, five-stroke victory with a 20-under score.

Smith had to settle for the satisfaction — or frustration — of knowing his score, which was matched by Sungjae Im, would have won the Masters outright in all but seven years.

Smith is not likely to get to 15 under this year — that would require a closing 63 — but he may not need to go so low to claim his first major championship.

He’s certainly shown the game to capture one of the biggest prizes, most notably winning this year’s Players Championship against perhaps the strongest field in golf.

“I can get it done, I guess, when I’m up against the best guys in the world,” Smith said. “It’s a good feeling to have. It’s earned. It’s not given to you.” 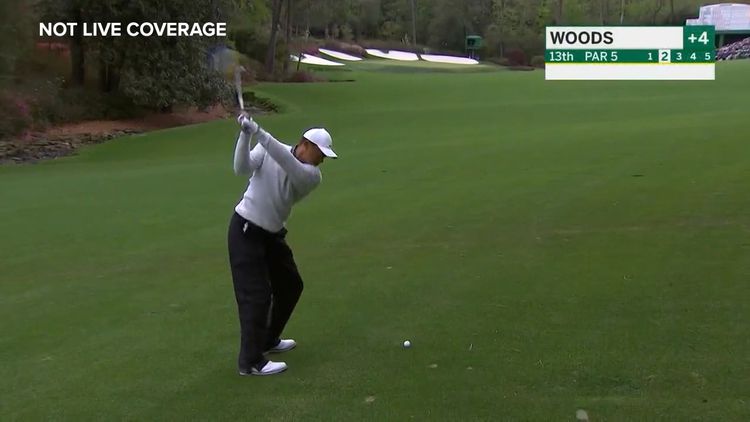 Time and time again, he’s demonstrated a calm demeanor that gets him through the inevitable tough patches.

Smith made a double-bogey on the very first hole of the tournament, and another that day at No.18. In between those forgettable bookends, he strung together eight birdies for 68 that put him right in the mix.

Smith struggled to a 74 in the second round, leaving him six shots behind Scheffler, but the Aussie sliced that deficit in half with a dazzling performance.

Even in conditions that felt more like a British Open than the Masters, Smith managed to make six birdies.

His only stumbles came at No.3, where an errant drive caused him to overshoot the green with his second shot, and at No.16, where Smith had a chance to get up and down from the bunker but missed a slick, 5-foot putt.

“I hit a pretty nice shot, and that’s really where you try to miss it there anyway,” Smith said of that second bogey. “It’s probably the easiest bunker shot on the course. Didn’t really hit my best bunker shot, but it’s just what this course throws up at you from time to time.”

Through the first three rounds, Smith has made nine birdies on the back side. 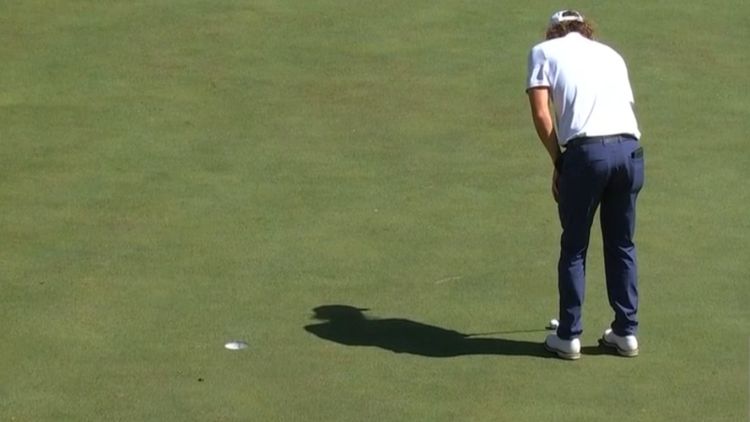 He knows he’ll need a few more to chase down Scheffler, so look for Smith to really attack the greens once he makes the turn on Sunday.

“I think you have to stay really patient through the front. There are a couple of birdie opportunities, but I think the back nine is obviously where the tournament will be decided,” he said. “You can give yourself plenty of looks if you’re hitting it good.”

Starting three shots back against the game’s hottest player, a guy who won three of his previous five tournaments to claim the No.1 spot in the world rankings, means Smith will have his work cut out for him.

He’s eager for the challenge.

“Hopefully everything just falls into place,” Smith said. “I can’t control what anyone else is going to do. So just go out there and really focus on myself.”

Someone jokingly asked if this modern-day Samson might consider cutting his trademark mullet to try to throw Scheffler off his game.

You probably know the answer to that one.

“No,” Smith shot back. “Definitely not.”