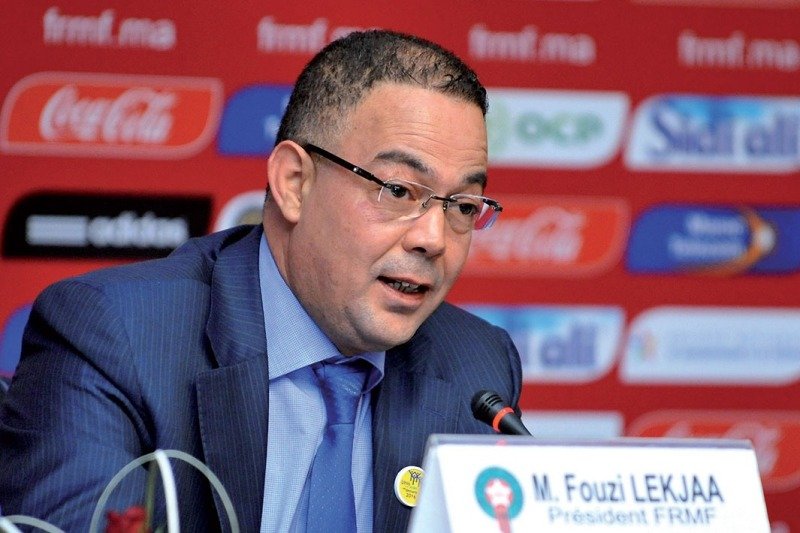 Lekjaa opens up about Ziyech, Mazraoui and Hamdallah The president of the Moroccan Federation (FRMF), Fouzi Lekjaa, in a recent statement, spoke about several issues concerning the national team after its qualification for the 2022 FIFA World Cup in Qatar.

The president of the Moroccan Federation (FRMF), during a space organized by Soccer212 on Wednesday evening on Twitter, promised to do his utmost to try to solve these thorny cases before the 2022 World Cup.

Words that confirm that Lekjaa personally took up the Ziyech and Mazraoui file. A good sign after the blocking of the mediations carried out by the former assistant coach Mustapha Hadji, dismissed from the national team on the eve of the play-off match of the 2022 World Cup against the Democratic Republic of Congo.

The president of the Moroccan Federation (FRMF) recalls that “There are problems to be corrected and we will correct them so that Mazraoui and Ziyech can return to the national team. Hakim Ziyech and Noussair Mazraoui remain Mountakhab players. »

In this regard, Fouzi Lekjaa takes this opportunity to affirm that the Moroccanness of the two Moroccan-Dutch players is beyond doubt: “Listen, I consider that Hakim Ziyech and Noussair Mazraoui are two players of the Moroccan national team. They are two Moroccans who, whatever the conditions, whatever the circumstances, still remain Moroccans and attached to their national team and their homeland”.

“Today, no one can deny the level of Hakim Ziyech or Mazraoui. They are two excellent players, it is not me who will say it or confirm it or discuss it, nor anyone else. But, as I said, in a system, in the company, in the administration, in the family, in society, a group of 50 people, when they live together for years, there are always problems that arise, they must be corrected. We will correct them in the best possible way and the best way allowing Hakim to regain the national team, Mazraoui to regain the national team and others because the national team is a heritage of all Moroccans.

As for the case of Al-Ittihad Jeddah striker Abderrazak Hamdallah, Lekjaa points out that“a problem of ego overdose on both sides”without closing the door to a return from Hamdallah.

“I have never blamed Hamdallah for anything and I have always kept in touch with him, whom I consider to be an excellent, talented Moroccan player. And, of course, talent alone is not enough for the national team. But the return of Hamdallah and others, to have the best formula and the best formulation or the best topo of the national team in the World Cup, is something on which today we are going to work in a way keep on going “