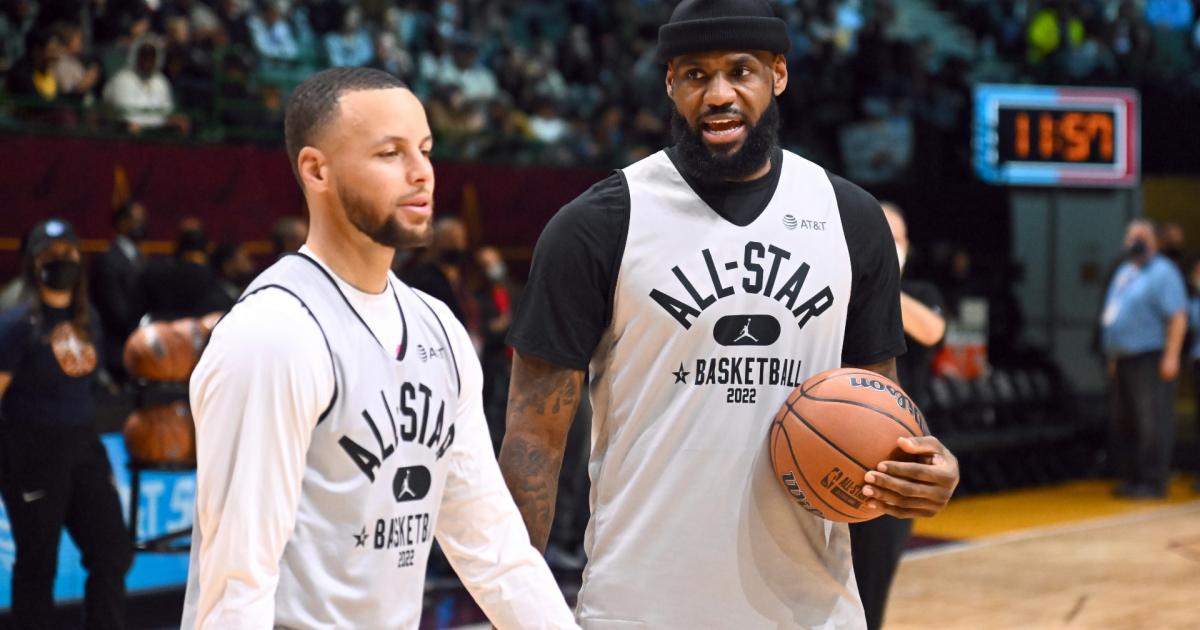 Sound the alarms and fire up the trade machine.

In a clip of the upcoming episode of LeBron James’ show “The Shop,” the Lakers star forward was asked by Maverick Carter which players he would want to play with the most.

If you’ve been paying attention to some of James’ recent interviews, it won’t surprise you to hear his immediate response was his first-born son, Bronny James.

“Bronny is number one on my f–– list,” LeBron stated confidently.

He went on to talk about how proud he is of his son’s own personal goal to make it to the pros, trying to establish himself under his own name.

“I asked him, ‘You wanna make it to the pros? What you wanna do with this?’ He said, ‘I wanna make a name for myself.

“He changed his name to Bronny,” LeBron said. “I didn’t. I made him a junior, but he Bronny. And he Bronny to the world.”

The cast of “The Shop” wasn’t going to let James off that easy, though. James was then asked who he would want to play with the most, present and past.

“Scottie was, like, the s––. Obviously, MJ was crazy; Kobe would’ve been another one. But like, Scottie Pippen and Penny Hardaway was like my two, because I saw myself in them.

“Tall guards. Point forwards. Getting everybody involved. Defend all types of positions. But right now, Steph.”

Of course, there was a follow-up. “Why Steph?,” someone asked.

The thought of LeBron playing alongside any of the aforementioned players is a terrifying thought.

You can watch the full clip from the show below.