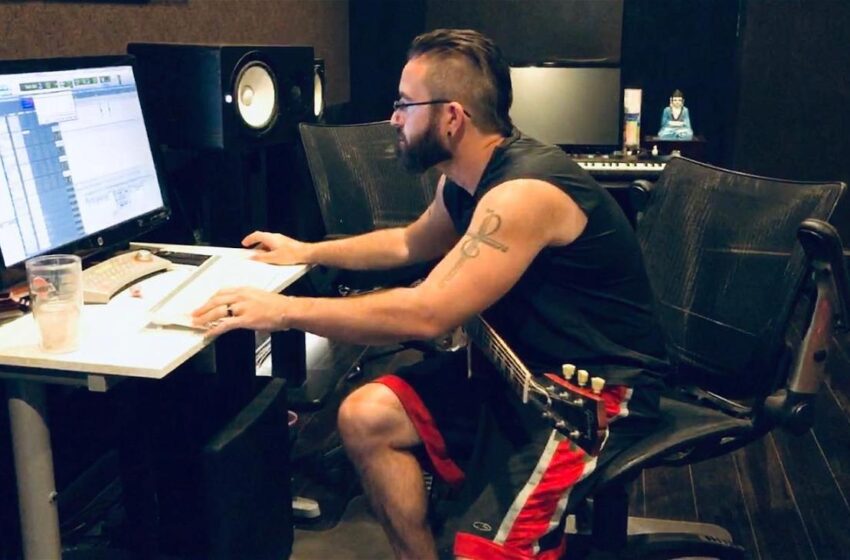 One of Justin Bieber’s vocal technicians is suing his manager, Scooter Braun, for alleged nonpayment.

In documents obtained exclusively by The Blast, the vocal tech and founder of Tekzenmusic, Inc., Chris “Tek” O’Ryan, is suing Scott Braun and JRC Entertainment, LLC, a Georgia limited liability company. The lawsuit, which was filed in the County of Los Angeles, is seeking an undisclosed amount of damages for breach of contract, promissory estoppel, and international interference with the contract.

Tekzenmusic, Inc., a California corporation, is seeking a jury trial to decide whether or not Braun is guilty of intentionally withholding funds.

According to the lawsuit, Tek isn’t able to put a number on how much he’s owed because Justin’s team “aren’t able to provide a royalty on songs on which Justin is featured since they aren’t released by his label.”

Tek alleges that their previous 2018 agreement “simply entitled him to a point on any recording he engineered that was not featured for a performance.” The court documents allege that Tek engineered thirteen tracks for Justin’s next album (the “Justice Tracks”). However, Tek insists that he was only notified after he had already completed the work that “his entitlement to a point on any recordings was considered to be purely within their discretion, and that he could not necessarily expect to receive a royalty on any of the Justice Tracks.”

In 2020, Tek reportedly emailed Justin’s team to go over their 2018 agreement, saying, “it was very clear that $2K + a point was our new deal moving forward on all Justin tuning and not on a case-by-case situation.”

According to the court documents, Braun replied, “Tek I appreciate you but I need to have a conversation with Josh as we didn’t know you are on some songs and some songs I have given too many pts to the producers.” Although it seems that Braun was not denying the terms of the agreement, the court documents seem to indicate that Braun had already reallocated Tek’s point to someone else.

Braun echoed this in another email sent a month later, saying, “Our issue and I need to discuss with Josh is we didn’t even know you were involved in this song and there are too many pts with 4 major producers involved.”

The court documents state that Tek reached out to the “Lonely” singer’s team again on June 25, 2022, which might be a misprint in the document since that date has yet to occur. He most likely means June 25, 2021, but this is not confirmed.

Tek reportedly sent an email to Allison Kaye, President of SB Projects, seeking an update on his compensation for tuning Justin Bieber’s vocals on the DJ Khaled song “No Brainer.” According to the documents, Kaye responded, “we can increase your fee on the feature per your request. But we can’t give a point on the Khaled record. It’s not our song.”

Tek seemed to contest this point and reportedly emailed Kaye back writing, “I thought when you said I would be contracting with a lot of diff labels for the point I assumed that meant features too as I thought his records would be one source. Is it just for this record that I don’t or all the features?”

Kaye reportedly responded that “[w] can address on a case by case basis” and stated that the song “No Brainer” “presented exceptional circumstances.” The lawsuit further alleges that a long-form contract dated July 1, 2019, covered eighteen recordings. The court documents state that “None of the covered recordings were featured performances, as despite prior reassurances that points on such tracks would be considered on a ‘case by case’ basis.

At this time, neither Justin Bieber nor Scooter Braun has yet to comment on the lawsuit.

Chris “Tek” O’Ryan describes himself as an “American success story” in the lawsuit. Born in Australia, he immigrated to Los Angeles and entered the music industry at the age of 21 without any contacts in the business. After interning at a small record label, he began working alongside Chris “Tricky” Stewart and engineered vocals for popular artists such as Mariah Carey, Usher, Rihanna, Mary J. Blige, and many other successful artists.