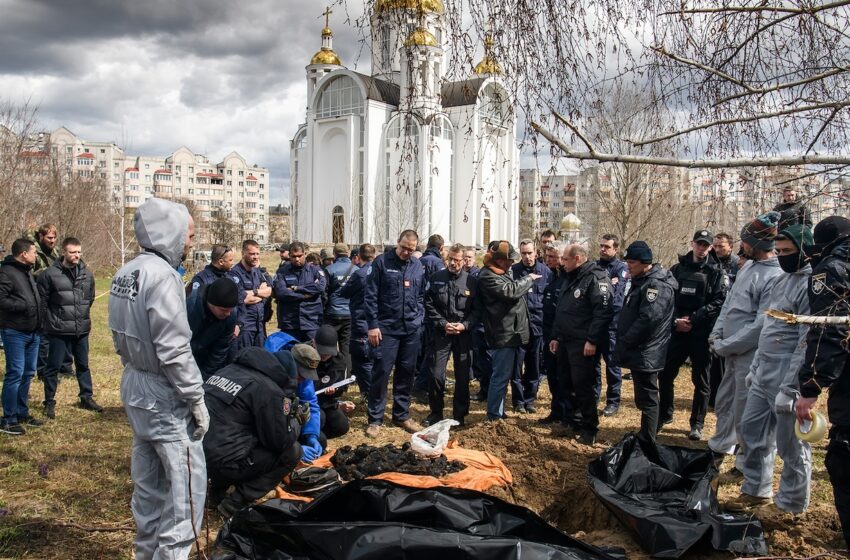 Fifty days ago, on Feb. 24, Russian President Vladimir Putin announced the start of a military assault on neighboring Ukraine. Russian artillery and airstrikes pummeled Ukrainian cities and the Kremlin’s troops swept across the border, triggering a mass exodus that has become Europe’s largest refugee crisis since World War II.

Harrowing images of death and torture, including the discovery of mass graves in a town under recent occupation by Russia, sent shock waves around the globe. Putin was labeled a war criminal, and several Western leaders have accused Russia of carrying out a “genocide.”