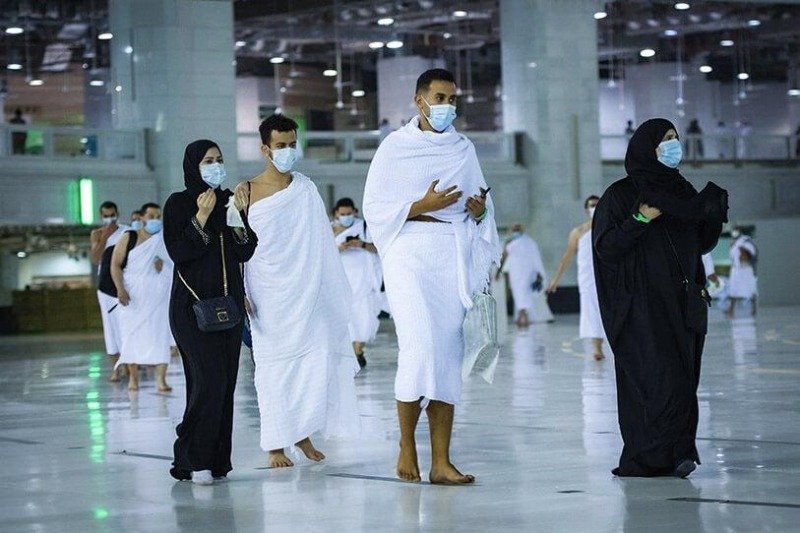 After two years of the covid-19 pandemic, Saudi Arabia announced on Saturday the return of pilgrims for Hajj with a level almost similar to that of the pre-health crisis.

No less than a million Muslims are expected to complete their great Hajj pilgrimage in Saudi Arabia. This year unlike the previous two punctuated by the health restrictions of the coronavirus pandemic, Muslims around the world will be allowed to return to the sacred lands of Islam.

In years when the pandemic was at its peak, the number of pilgrims allowed was drastically reduced and only locals were able to fulfill their 5th pillar of Islam, in the face of airlines grounding their planes.

After the start of the pandemic, the Saudi authorities authorized only 1,000 pilgrims in 2020, and 60,000 residents the following year, all vaccinated against the coronavirus and chosen by lot.

The ministry of hajj, “has authorized one million pilgrims, foreign or national, to perform the hajj this year”, announced the Saudi authorities in a press release.

The government wants to ensure the safety of pilgrims “while ensuring that as many Muslims around the world as possible can perform the hajj”, the statement continued.

In normal times, the great pilgrimage to Mecca, the Hajj, brings together an average of 2.5 million people a year. This was also the number of pilgrims recorded in 2019, a year before the pandemic.

Two years post-covid and a return to almost normal later, thanks to a drop in cases carrying the virus, the country is back with less than half of its usual gauge, paving the way for a full return in the coming months.