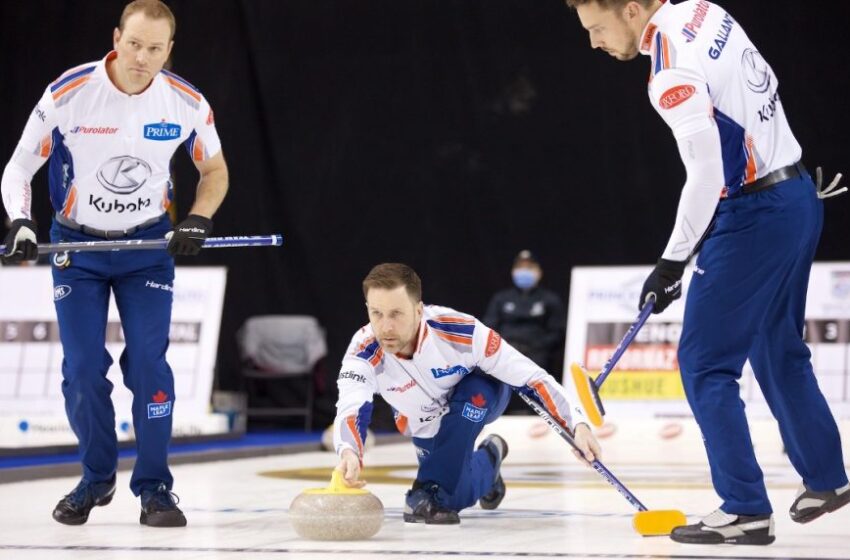 TORONTO — Team Brad Gushue improved to a 2-1 record in the Princess Auto Players’ Championship, and the St. John’s, N.L., crew are now one victory away from qualifying for the playoffs.

Gushue moved onto the B Event finals of the triple knockout preliminary round with a 3-2 victory over Italy’s Team Joel Retornaz during Draw 9 action Thursday morning at the Mattamy Athletic Centre.

Team Retornaz (1-2) dropped into the C Event brackets and must win their last game in order to remain in the tournament.

The triple knockout preliminary round consists of three brackets: A, B and C. Teams must win three games in order to qualify for the playoffs. Each loss drops a team to a lower bracket until they lose three games and are out of the tournament. Two A teams (3-0 records), three B teams (3-1 records) and three C teams (3-2 records) advance to the quarterfinals.

Scotland’s Team Ross Whyte (2-1) also advanced to the B Event finals with a 6-4 victory over Team Glenn Howard of Penetanguishene, Ont. With Glenn out due to a knee injury, Scott Howard has moved up to skip Team Howard (1-2) with Wayne Middaugh subbing at third.

Homan and Jentsch, both at 2-1, are off to the B Event finals while Carey and Wrana slipped in the C side.