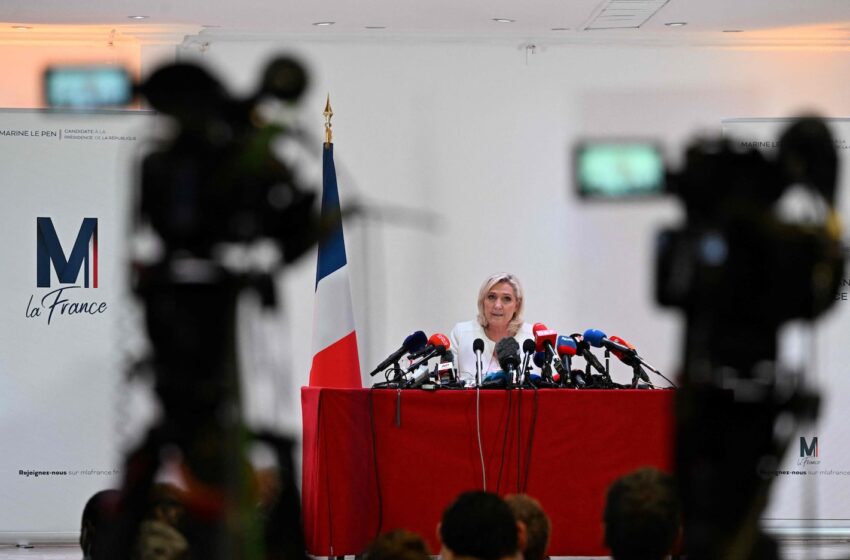 French presidential candidate calls for NATO to reconcile with Russia

PARIS — French presidential candidate Marine Le Pen called Wednesday for reconciliation between NATO and Russia, and reiterated a pledge to pull French personnel out of NATO’s integrated command if she is elected president on April 24.

“As soon as the Russian-Ukrainian war is over and has been settled by a peace treaty, I will call for the implementation of a strategic rapprochement between NATO and Russia,” Le Pen said at a news conference Wednesday.

Le Pen’s comments were one of the strongest indications over the course of the campaign that a Le Pen presidency could fundamentally upend France’s role in Western alliances and pose a major strategic challenge for France’s traditional allies. Although Le Pen has condemned Russia’s invasion of Ukraine, she was widely seen in the past as an ally to Russian President Vladimir Putin.

Only days before the Russian invasion, Le Pen attacked NATO’s founding principles. She appeared to soften her criticism of the military alliance after the invasion but still signaled that her presidency would be a challenge to the organization’s survival in its current form. In an interview, she said NATO should redirect its focus toward fighting Islamist extremism.

Polls suggest that a majority of the French public supports the alliance, but skepticism of NATO is widespread in the country’s politics. “The general opinion of the French public is actually more transatlantic than the political class would like it to be,” said Tara Varma, the head of the Paris office of the European Council on Foreign Relations.

France’s far left and the far right have long criticized NATO as an alliance that largely revolves around the interests of the United States.

What is NATO, and why isn’t Ukraine a member?

In recent weeks, three of the leading presidential candidates sharply criticized NATO. That trio included far-right contender Éric Zemmour and far-left candidate Jean-Luc Mélenchon, who vowed to pull France fully out of the alliance. Neither made it into the second round of the election, which will be a runoff between Le Pen and front-runner Macron.

Le Pen’s plans for a limited withdrawal from NATO are modeled on a precedent created by the former French general and president Charles de Gaulle, who temporarily stopped France’s participation in NATO’s military command structure in 1966. NATO describes its command structure as the “backbone” of the alliance, a structure that is composed of multiple headquarters that manage its operations.

In a 2019 interview, Macron became the latest French president to shake the alliance when he warned of its “brain death.” His comments were prompted by the transatlantic rupture triggered by the Trump presidency and NATO member Turkey’s direct military intervention in Syria.

But, most recently, the French leader has signaled support for the alliance.

“I think NATO just experienced an electroshock,” Macron told reporters after the invasion, suggesting that the alliance is undergoing an evolution that could strengthen it.