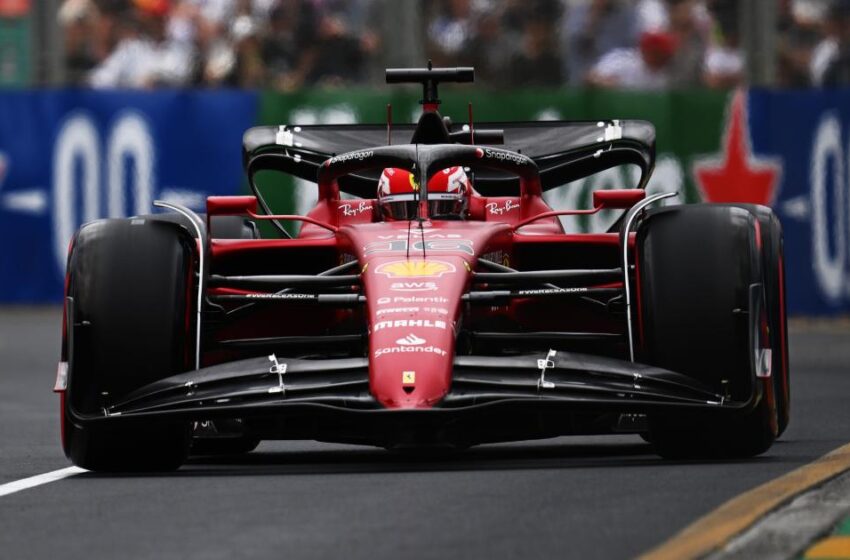 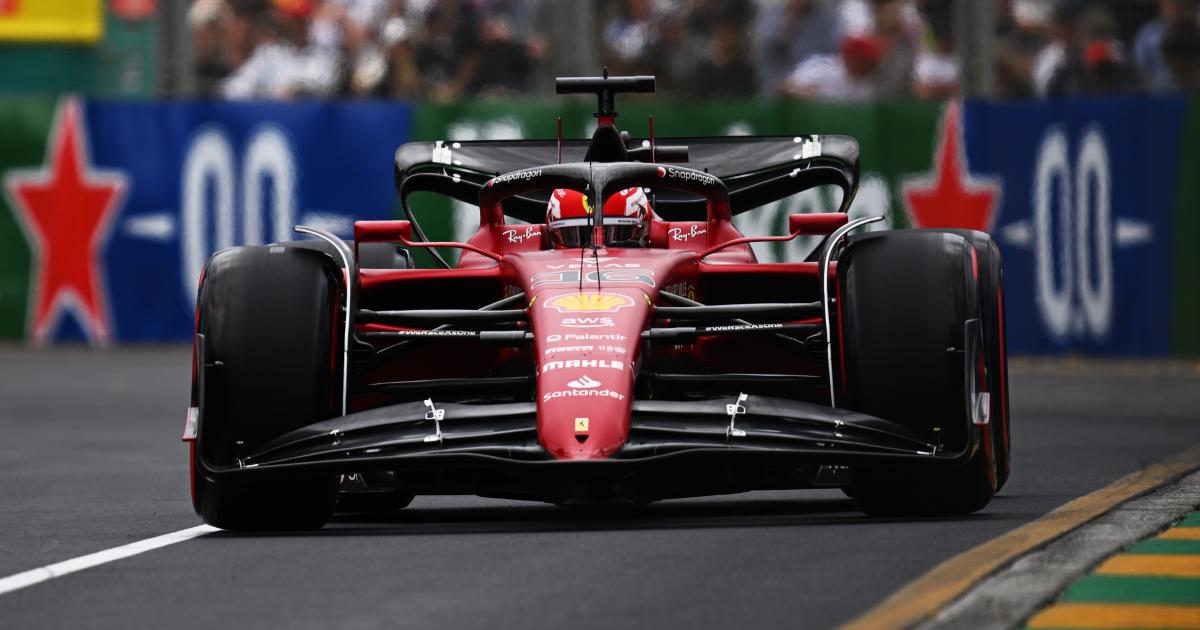 Charles Leclerc stole pole position from Max Verstappen with a blistering performance in Q3 at the Australian Grand Prix.

Ferrari’s Leclerc and Red Bull’s reigning world champion Verstappen have shared victories in the opening two rounds of the season in Bahrain and Saudi Arabia and they were the pick of the field once again on Saturday at Albert Park.

Qualifying concluded in fading light in Melbourne after Fernando Alonso lost control and crashed at turn 11, prompting red flags, and Verstappen looked like he might have stolen pole as he edged 0.008 seconds under Leclerc’s time with his final hot lap.

But Leclerc flew through the first sector to set up a stunning effort of one minute, 17.868 seconds – Ferrari’s first pole in Australia for 15 years.

CHARLES: “The free practice sessions were quite messy for me, but in Q3 I managed to put everything together, so it feels great – I’m very happy to be on pole tomorrow!”#AusGP #F1 pic.twitter.com/0nUZR7Xmxg

Verstappen’s team-mate Sergio Perez came in third but Carlos Sainz could only manage ninth after being cruelly denied a time on what looked set to be his best lap after the red flags came out for Alonso.

The veteran Spaniard appeared on course to put his Alpine at the business end of the grid but will start 10th after failing to register a Q3 time.

That left an opening for McLaren’s Lando Norris to land fourth position, with Lewis Hamilton and George Russell making up the third row – reward for a pair of battling performances as the Mercedes struggles with tyre temperature once again.

In total, there are 22 scheduled events on the F1 docket for 2022, one race shy of tying the mark for longest F1 calendar.

The season started in Bahrain on March 20 and ends with its now customary Abu Dhabi Grand Prix, although a bit earlier than usual, in November. This will be the earliest end of the Formula 1 season since it ended on Nov. 4 in 2013.

Returning to the 2022 F1 slate are the Canadian and Japanese Grand Prix, both of which were cancelled in 2021 amid fallout from the coronavirus pandemic.

The calendar also holds the maiden voyage for the Miami Grand Prix, the first of two races in the United States in 2022, with the customary United States GP taking place in October.

How to watch Formula 1 in the United Kingdom

Viewers located in the United Kingdom can catch all F1 action on Sky Sports F1, the dedicated F1 channel. For viewers planning to live stream F1 in 2022, you can purchase a Sky Sports Pass on NOW TV.

How to watch Formula 1 in the United States

The ESPN family of networks will broadcast all 2022 F1 races in the United States using Sky Sports’ feed, with select races airing on ABC throughout the season.

ESPN Deportes serves as the exclusive Spanish-language home for all 2022 F1 races in the U.S.

How to watch Formula 1 in Canada

For fans in Canada, TSN will carry the English telecast of races. For those looking for the French broadcast, RDS will have you covered.

How to watch Formula 1 in Australia

Fox Sports will carry all races in Australia, with Channel 10 broadcasting the Australian GP on Channel 10.