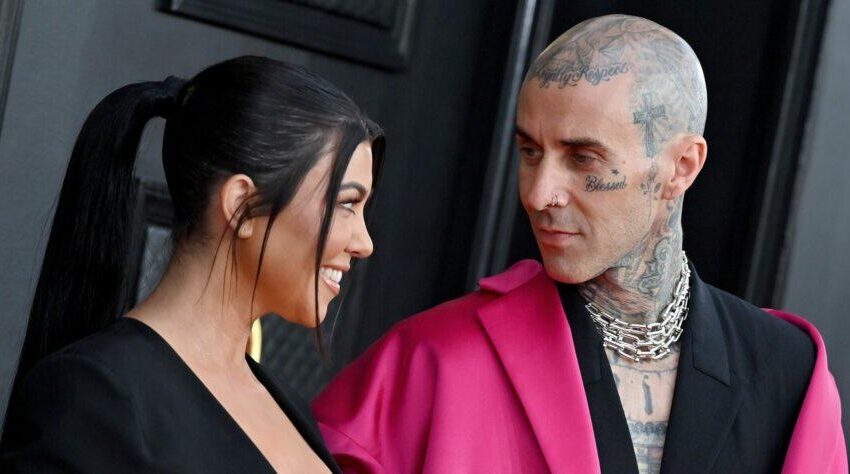 Famous Couples Who Got Married In Las Vegas!

If you want to get married like your favorite celebrities, then Las Vegas is the place for you.

TMZ was the first to report that the couple was married by an Elvis Presley impersonator. Later, People reported that the ceremony took place at the One Love Wedding Chapel.

A source told Page Six that despite all the chatter, the marriage rumors aren’t true and the couple is not legally married!

The Blast independently confirmed that there was no Travis and Kourtney marriage license in the Las Vegas marriage records system, although there are two Travis Barkers that have been married in Nevada. Unfortunately, neither of them are Kourtney’s Travis!

The Marriage Wasn’t Legal, Because They Didn’t File For A Marriage License

While fans of “Kravis” continue to patiently wait for their BIG DAY, we figured we’d list out some couples who said ‘I Do’ in Vegas.

Some of these couples are still together, while others sadly couldn’t go the distance.

One fan favorite couple who tied the knot in Sin City is Joe Jonas and Sophie Turner.

The fun-loving couple got hitched at a little white chapel in 2019. The ceremony happened after the Billboard Music Awards.

Online records show that the couple had applied for a marriage license in Clark County, Nevada, earlier that same day.

The ceremony took place at Chapel L’Amour inside A Little White Wedding Chapel and there was, of course, an Elvis Presley impersonator present.

Diplo was also in attendance, and he shared photos from the ceremony on Instagram.

During the ceremony, country duo Dan + Shay performed an acoustic version of their song “Speechless” and Turner walked down the aisle wearing a white jumpsuit and long veil.

joe jonas and sophie turner at their wedding in las vegas, 2019. pic.twitter.com/b06Y8JgSH8

The couple did end up having a lavish ceremony in France following their white chapel ceremony.

They’ve also welcomed a baby girl into the world and are expecting their second little one sometime this year.

The couple confirmed the marriage news in September 2020. David and Lily had an intimate ceremony in Vegas complete with an Elvis impersonator.

They had food catered from the west coast fast-food burger chain, In-N-Out.

The singer wore a short white Dior gown with buttons and David wore a navy-blue suit.

“In a wedding officiated by the king himself, the people’s princess wed her devoted, low born, but kind credit card holder in a beautiful ceremony lit by the ashen skies courtesy of a burning state miles away in the midst of a global pandemic,” the “Stranger Things” star wrote in his Instagram caption. “Refreshments were served at a small reception following.”

The couple is still married.

Britney Spears famously got married at the little white chapel in Vegas back in 2004.

The “Lucky” singer said “I Do” to her long-time friend, Jason Alexander.

Sadly, the marriage was extremely short-lived, and the pop princess asked for the marriage to be annulled 55-hours later.

Britney’s Love With Jason Didn’t Even Last A Week

Britney and Jason said the wedding was a joke that was taken too far.

Angelina Jolie and Billy Bob Thornton wed in Vegas after meeting on “Pushing Tin” in 1999.

Their 2000 wedding was quite the shocker, especially to Thornton’s then-fiancée, Laura Dern.

Jolie and Thornton split up two years after getting married.