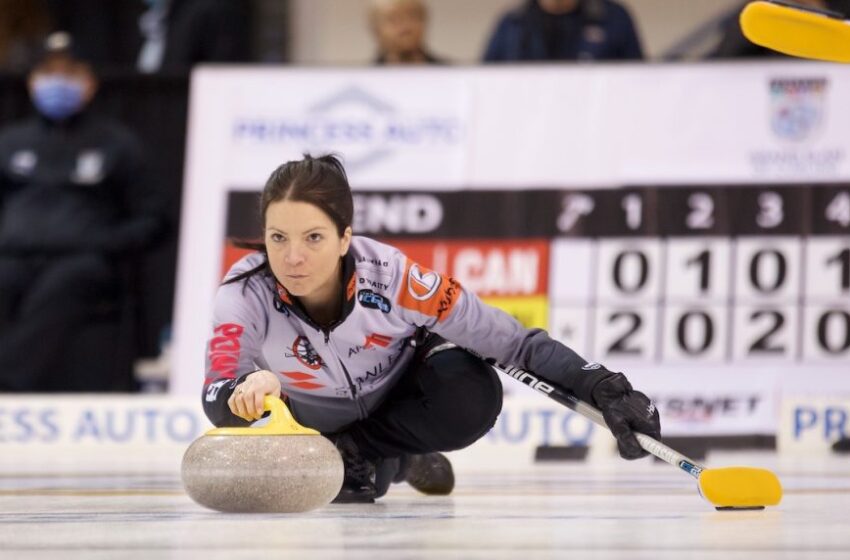 Einarson captured the Pinty’s Grand Slam of Curling major when the event was last held in Toronto in 2019, and again last year in the Calgary bubble. The Princess Auto Players’ Championship was not held in 2020 due to the COVID-19 pandemic.

It was a textbook start for Einarson drawing for deuces in the first and third ends and holding Homan to singles in the second and fourth to lead 4-2 at the break.

After a blank in the five, Einarson was forced to draw for a single in six. Homan missed a double attempt in seven to give up a steal of one point and conceded the match.

Team Einarson (1-0) remain in the A Event of the triple knockout while Team Homan (0-1) dropped into the B brackets.

The Princess Auto Players’ Championship features a triple knockout preliminary round consisting of three brackets: A, B and C. Teams must win three games in order to qualify for the playoffs. Each loss drops a team to a lower bracket until they lose three games and are out of the tournament. Two A teams (3-0 records), three B teams (3-1 records) and three C teams (3-2 records) advance to the quarterfinals.

Teams cannot tick guards off of the centre line while the five-rock, free guard zone is in effect during the game. Following an infraction of the rule, the non-offending team may decide to leave the situation as is.