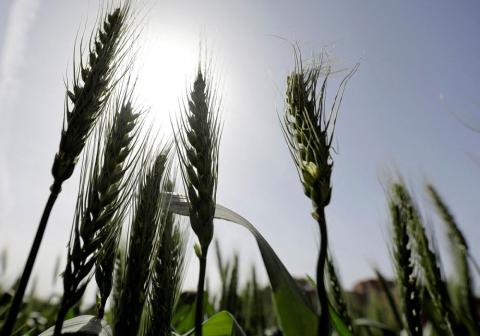 Egypt’s Supply Ministry has confirmed that it is considering this month adding wheat from India to 16 other national import origins accepted by its state grains buyer, as it seeks to shore up purchases disrupted by Russia’s invasion of Ukraine.

A delegation from Egypt’s Agriculture Ministry is in India “looking at phytosanitary measures and examining Indian grains in preparation for the accreditation of India as a wheat import origin,” the Supply Ministry said in a statement to Reuters.

GASC often prefers Black Sea wheat because of its proximity, quality and competitive prices, usually forgoing offers from other origins. In its last tender, a rare US wheat bid was offered but was not purchased.

Russia’s invasion of Ukraine in late February has driven up global wheat prices and disrupted Black Sea shipping, though wheat shipments from Russia continued in March.

Future purchases of Indian wheat would depend on suppliers “offering competitive bids at unique prices in GASC’s tenders, as well as on the quantities offered,” the Supply Ministry said.

India is looking to take advantage of the gap in the wheat export market left by the Ukrainian crisis. Despite surplus wheat stocks, logistical bottlenecks and quality concerns have previously stymied India’s efforts to sell large volumes on the world market.

“Since the Egyptian delegation is here, it very clearly means that they are serious about (buying wheat from India),” Sudhanshu Pandey, the top official at India’s food ministry, told Reuters.

Egypt has been working to diversify its purchases, holding talks with France, Argentina, and the United States.

The government is studying different ways to purchase wheat, according to several traders, including by issuing limited origin tenders or direct purchases outside the tender framework.

On Monday, GASC issued a limited tender to purchase wheat of European origins only. It cancelled two tenders shortly after the Ukraine war started.

It is unclear whether the government will initiate direct purchases, but traders have said the process could be hindered by Egypt’s regulatory framework.