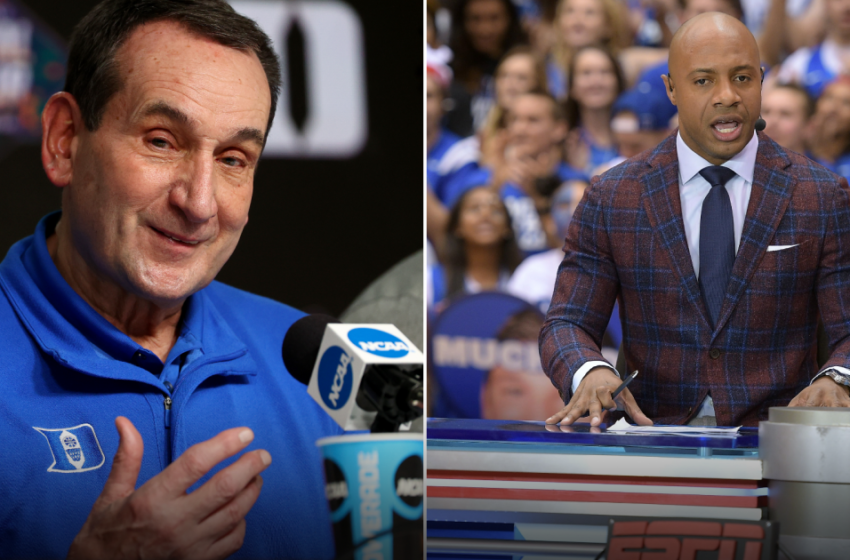 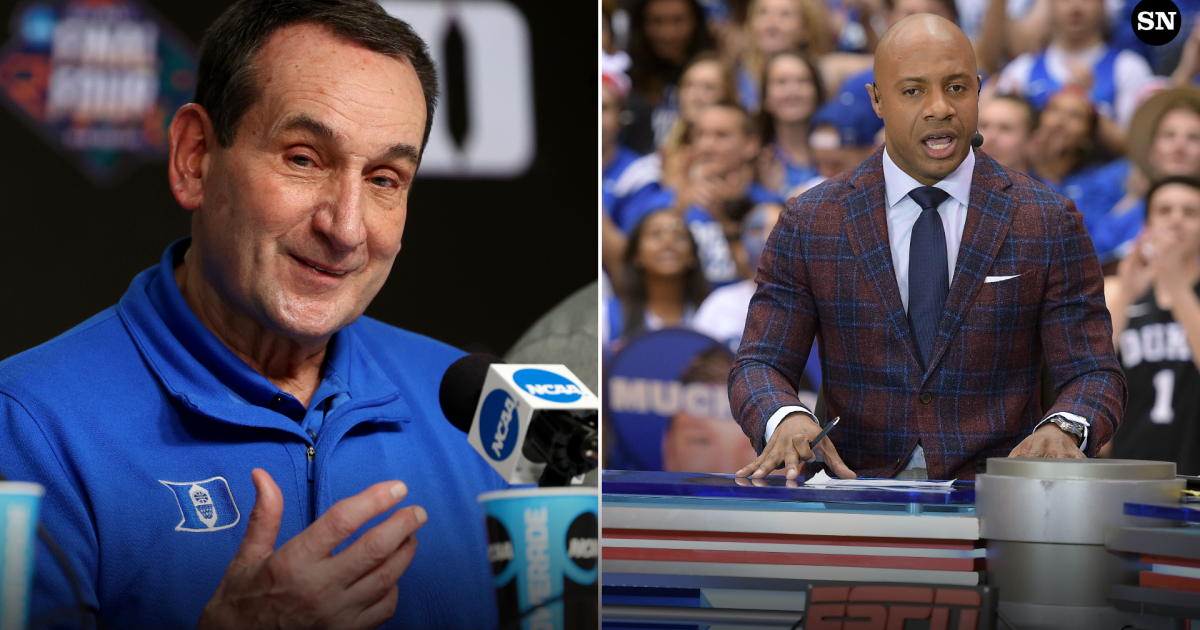 “And it leads me to think, which I’ve been thinking a lot about since I heard [about Smith leaving], does Coach K come back for another season?” he pondered. “One more final season?

You’re picking up the phone and [poaching from Duke]. It weakens the hold of Duke. If you’re Coach K, how do you strengthen that hold? — You’re coming back.

Coach K isn’t letting rumors get the better of him. On his SiriusXM show, he dispelled any notion of a return, in spite of Williams’ assertions of the possibility.

“I’m done with the coaching part of it,” he said Wednesday night. “But wow. You know, I’ve been so lucky to be in it for 47 years, almost five decades of coaching at either West Point or Duke, and then 11 years with U.S. How lucky can you be? To be in that arena with two of the best institutions in the world, and then to represent your country in the global arena, it’s been an unbelievable honor. And I’ve loved it.”

Will Coach K actually retire or will he come back for one more season? Hear directly from the source ⬇️

Krzyzewski went on to speak glowingly of his successor Jon Scheyer.

“He’s evolved and he’s gonna continue to evolve because he is a lifelong learner,” Coach K said. “He’s a very, very curious person and wants to continue to get better. And that’s what a leader has to be. And he will allow, I’ve seen him do this, he’s allowed others to lead. He will not be a micromanager. He will not do that. That’s the reason we made this plan because he has shown all that stuff, including a pretty good knowledge of the game, a real good knowledge of the game.”

If Duke didn’t have a firm successor in place, perhaps there would be some merit to Williams’ claims. But he seems to have the utmost faith in the hands the program is being left in.

Without reading too much into Coach K’s body language after Duke’s 81-77 loss to North Carolina in the Final Four, it’s hard to imagine him returning. So much was made of his retirement this year, all of the fanfare at every final stop on the farewell tour, the sense of finality was overwhelming in a way we rarely see in sports.

More to Williams’ point, Scheye is a perfectly competent recruiter in his own right. Scheyer is No. 1 in 247 Sports’ composite ranking of head coaches, with five commits. Smith is No. 19 with two commits, albeit one of those is five-star guard Caleb Foster.

Recruitment transparency was the entire stated purpose of Krzyzewski’s farewell tour, and coming back would undermine that simple fact. He wanted to make sure Scheyer was in a position to succeed and he wasn’t misleading new recruits. There’s never a perfect time to say goodbye. But this is about ideal of a time as ever.

The manner in which Coach K’s season and, thus, career ended will fuel these rumors for the summer. In April, it will be Nolan Smith’s departure. In May, it will be an “itch” he gets. In July, it will be him remembering losing to North Carolina twice to end the regular season and then Duke’s storybook tournament run, and then the season will start. This is getting the ball rolling early, but nothing from Krzyzewski — before, during, or after Duke’s run — implied we’ll see his return in 2022.

It’ll be a clean break.