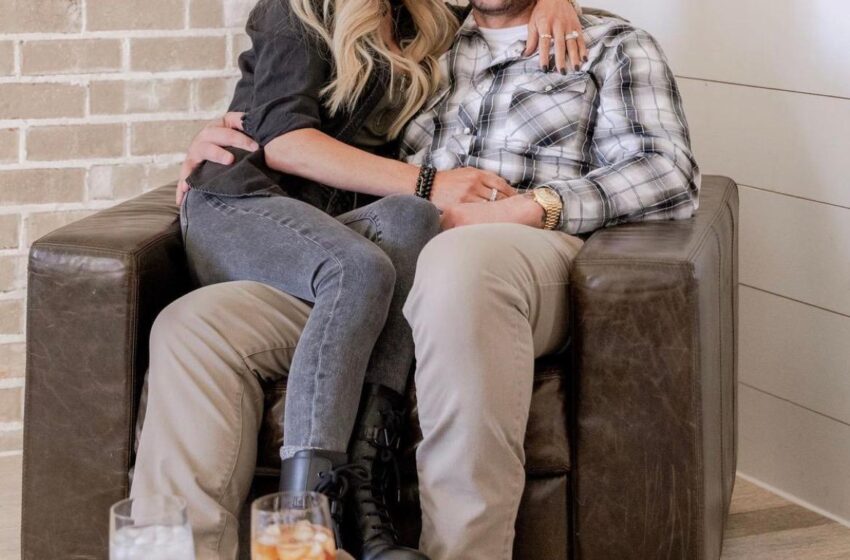 The third time’s the charm for Christina Haack, who took a faithful leap of love into a marital union once again.

Haack was married to her “Flip or Flop” co-star Tarek El Moussa from 2009 to 2018. That same year she got hitched to Ant Anstead before they divorced in 2021.

The HGTV star is now with real estate guru Josh Hall who she exchanged vows with secretly. This time, she also took on his maiden name.

Haack is back in the married scene after unsuspectingly tying the knot with Hall. She also made sure that her legal name reflects the union, according to TMZ.

Insiders around the couple revealed that the “Christina on the Coast” star and her man became husband and wife sometime around the past six months.

Although the exact date of the union is unknown, the couple plan to keep the celebration of the occasion just as low-key.

The sources shared that the lovebirds will mark the wedding by holding an intimate affair with their family members and close friends in the coming days.

The quiet around her union does not mean Haack is not proud that she has found love again, as seen in her new real estate license.

Haack’s new union, which the world got wind of last summer, is a match made in house-flipping heaven as Hall happens to be a high-profile real estate agent.

It may come as no surprise to some that Haack chose to secretly tie the knot with Hall, as she faced backlash over how quickly she moved on to him.

The Blast disclosed that on Sunday, January 16, the TV personality uploaded a sweet Instagram selfie of herself enjoying some quality time with her lover, whose toned and tattooed body was visible.

The lovebirds took the photo at the beach, where their pearly white smiles warmed the camera and lit up the post.

Haack classily clapped back at naysayers who had a problem with the fast-paced nature of her relationship throughout the caption of her post. She penned a short poem that read:

“Too fast, too soon, too blah blah blah.. that feeling of pure bliss / those deep convos, love is what it is.”

Alongside these words, the 38-year-old buttressed her point with a red heart, padlock, and key emojis. Perhaps as a subtle way of declaring that her and Hall’s love is forever secure.

Haack later removed the poem and updated her captions with another set of emojis, including a sun, a red heart, a whale, a key, and a padlock.

The star reportedly landed on the receiving end of online backlash after she uploaded an Instagram post from her getaway with Hall.

In the image, the blissful couple struck a pose against the backdrop of a sea. Haack wrote in her captions, “Building a life together and enjoying some alone time. Love you, Josh.”

The mother-of-three time-stamped her trip in the captions with “1.14.22.” Shortly after her post went up, speculations began spreading that she and her then-fiancé had secretly tied the knot.

Rumors of a possible marriage between Haack and Hall didn’t feel suitable to some people, and they took to social media with their complaints.

Critics posited that there was not enough distance between their engagement on September 20, 2021, and their rumored wedding.

Haack, who has a daughter and son With El Moussa and another boy with Anstead, spoke about her excitement to get married to Hall.

The 38-year-old noted that her past with her former husbands are different from her present with her new love. She also credited her new beau for positively changing her life. Haack said:

“I’m happier than I thought was possible. I’ve changed in a way where I feel like I’m the best version of myself and the most authentic.”