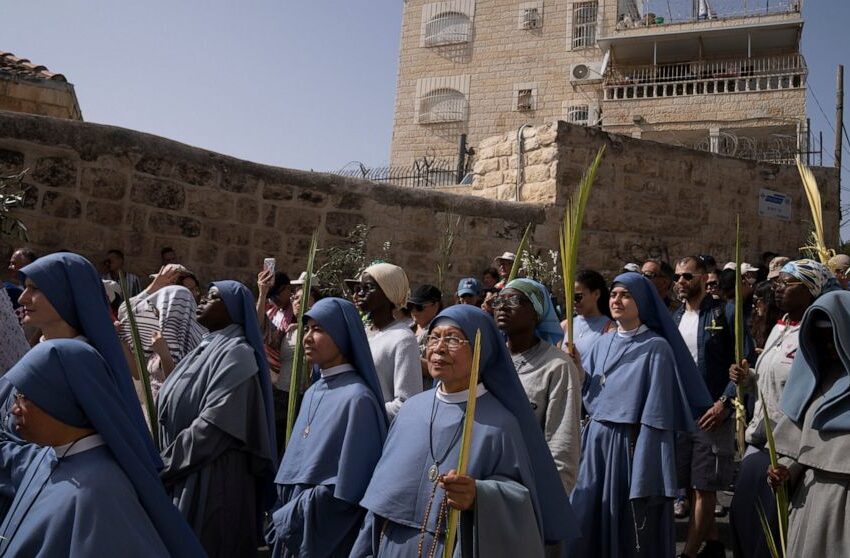 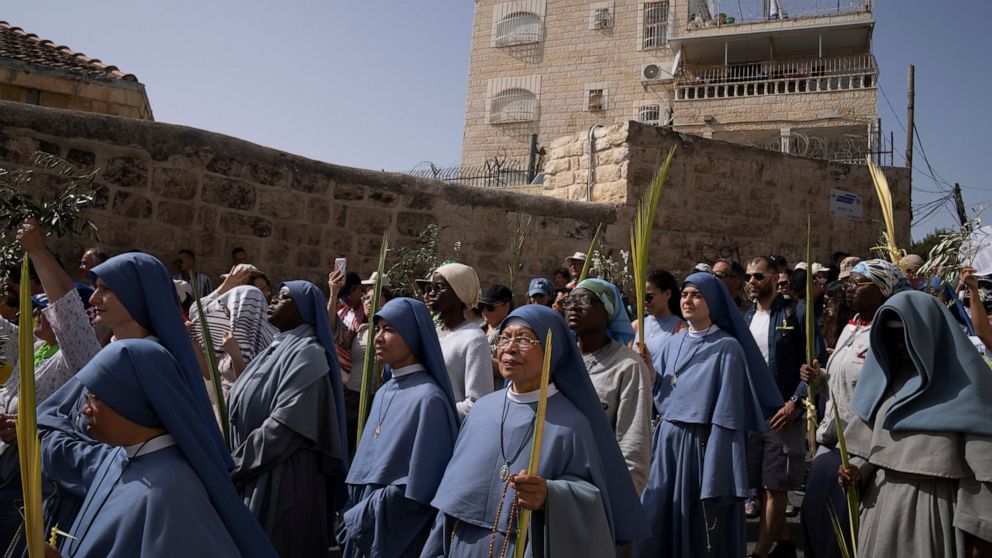 JERUSALEM — Thousands of Christian pilgrims took part in Palm Sunday celebrations in Jerusalem at the start of the Holy Week.

The holiday this year comes as tourists are returning to the Holy Land following two years of disruption during the pandemic. It also is taking place as tensions between Israelis and Palestinians are rising amid a spate of recent Palestinian attacks in Israel that have prompted military raids in the occupied West Bank in response.

Worshippers carried palm fronds and olive branches and marched from the top of the Mount of Olives to the Old City of Jerusalem.

Palm Sunday commemorates Jesus’ entry into Jerusalem and is the start of the church’s most solemn week, which includes the Good Friday re-enactment of Jesus’ crucifixion and death and his resurrection on Easter.

The procession made its way from the Mount of Olives past the Garden of Gethsemane where, according to biblical tradition, Jesus was betrayed, then finally into the alleyways of the Old City.