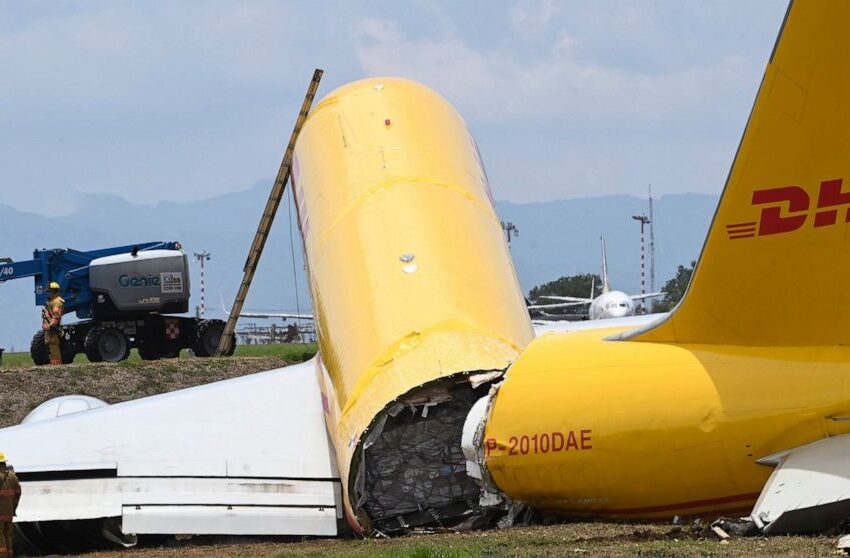 Cargo jet skids off runaway in Costa Rica, splits in half 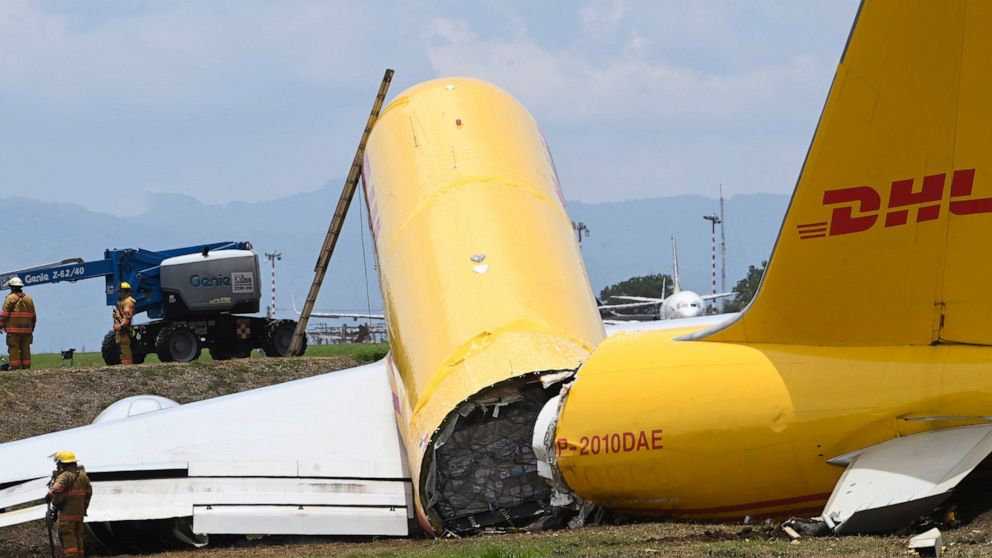 SAN JOSE, Costa Rica — A DHL cargo jet slid off the runway and broke in half while landing at San Jose’s international airport Thursday, shutting down the airport, but not injuring crew.

The fire department said the Boeing 757 had taken off from Juan Santamaría Airport just west of the capital, but decided to return after detecting a failure in the hydraulic system.

Héctor Chaves, director the Costa Rica Fire Department, said that upon landing the aircraft skidded, turned and broke in two, exposing its cargo.

“Units mobilized to remove the pilot and co-pilot,” Chaves said. “Then they applied foam to prevent a spill and now they are working on an earthen dike to avoid any fuel from reaching the drainage system.”

A spokesman for cargo carrier DHL said both pilots were unharmed but one was being undergoing a medical check as a precaution.

DHL spokesman Daniel McGrath said the company was working with airport authorities to move the plane so flights could resume. He said an investigation would be conducted to determine the cause of the incident.

DHL is a subsidiary of Deutsche Post DHL Group.

Luis Miranda, deputy director of civil aviation for Costa Rica, said the plane had gone only about 35 miles from the airport when it requested permission to turn back from its planned flight to Guatemala City. He said the pilot and co-pilot were the only crew members aboard the plane, which was carrying only about 2½ hours worth of fuel. .

The airport administration said the crash would keep the airport closed to incoming and outgoing flights until at least 6 p.m. Some flights would be diverted to Daniel Oduber International Airport in Liberia, about 125 miles northwest of San Jose.