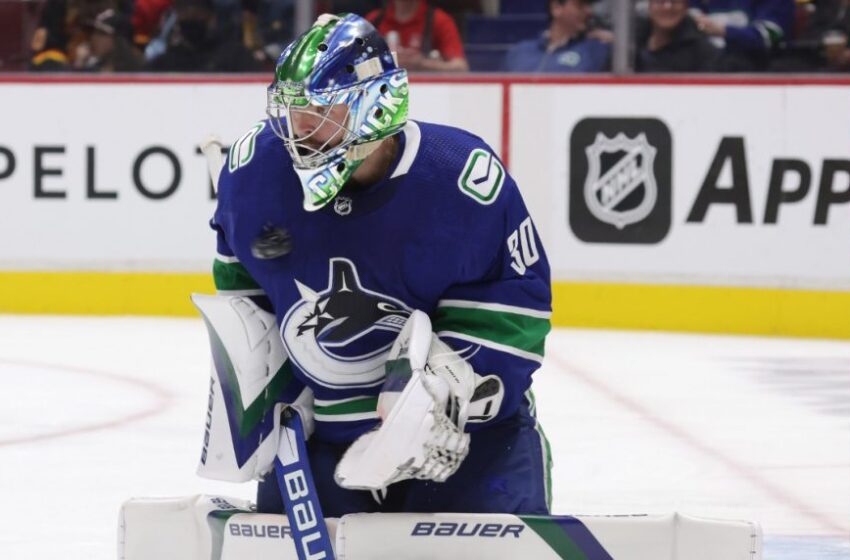 The Vancouver Canucks have signed goaltender Spencer Martin to a two-year contract, the team announced on Friday.

Martin, 26, played three games with the Canucks earlier this season, posting a 1-0-2 record with a 1.59 goals-against average and .958 save percentage.

“We’re pleased with the success Spencer has had this season, not only in the American Hockey League but also during his stint with Vancouver earlier this year,” said Canucks general manager Patrik Allvin in an official statement. “He has been very reliable for Abbotsford, contributing greatly to their Calder Cup Playoff berth earlier this month, and has shown an ability to perform in high-pressure situations.”

Martin has spent most of the 2021-22 season with Vancouver’s AHL affiliate in Abbotsford. He’s tied for ninth in the league in wins with a 17-4-2 record to go with a 2.39 goals-against average, a .918 save percentage and three shutouts this year.