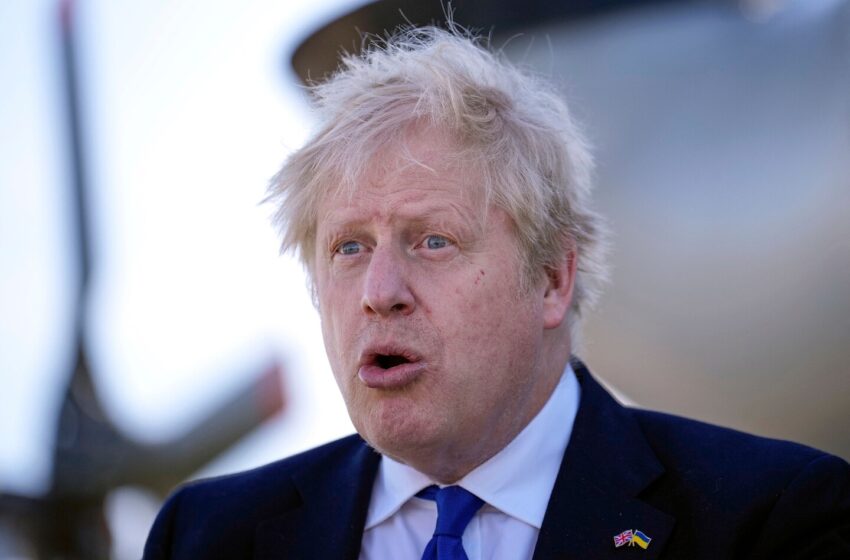 LONDON — Promising to make good on Brexit promises to control Britain’s borders, Prime Minister Boris Johnson on Thursday announced a crackdown on smuggling routes across the English Channel, with the Royal Navy in charge of patrols and some asylum seekers to be flown 4,000 miles to Rwanda for processing.

Britain will build new government dormitories to hold migrants who make the treacherous channel crossing, instead of putting them in hotels. Those facilities will resemble the camps built in Greece to house Syrians and others fleeing poverty and violence.

Johnson added that those charged with piloting the smuggling crafts could face life in prison if found guilty.

“It’s a striking fact that around seven out of 10 of those arriving in small boats last year were men under 40, paying people smugglers to queue jump and taking up our capacity to help genuine women and child refugees,” Johnson said. “This is particularly perverse as those attempting crossings are not directly fleeing imminent peril as is the intended purpose of our asylum system. They have passed through manifestly safe countries, including many in Europe, where they could — and should — have claimed asylum.”

British Home Secretary Priti Patel traveled to the African nation on Thursday to sign a deal for a $160 million pilot program to rein in the flow of migrants who rely on illegal traffickers — mostly single men paying for passage in rickety dinghys or boats. Rwanda welcomed its new role in Britain’s effort, and it is expected most people would settle in Rwanda or be returned to their home countries.

The plan, which will be part of a new immigration bill, must first pass Parliament, where Johnson’s Conservative Party holds a large majority. Johnson offered spare details about its breadth.

The prime minister also said there probably would be legal challenges seeking to block its implementation but denied the plan was “draconian or lacking in compassion.” Johnson said it was far worse to let people drown in the channel and blamed smugglers for their role.

“These vile people smugglers are abusing the vulnerable and turning the channel into a watery graveyard, with men, women and children drowning in unseaworthy boats and suffocating in refrigerated lorries,” he said.

Johnson predicted that the British approach — in which a wealthy country pays a third country to accept unwanted migrants — will soon be adopted as “an international model.”

The prime minister said the plan is intended to “break the business model” of the smuggling gangs, which can make $400,000 for each launch of an unseaworthy dinghy. The prime minister said he was sending a message that people who cross illegally “risk ending up not in the U.K. but in Rwanda.” He described this as “a considerable deterrent.”

In 2019, the bodies of 39 Vietnamese people — including two boys and eight women — were found dead in a refrigerated tractor-trailer abandoned by its driver in southeast England.

In one incident in November, at least 27 migrants died while trying to cross the English Channel from France to Britain, beset by fast-moving tides and frequent storms, which is also one of the busiest shipping lanes in the world.

Around 600 people made the crossing on Wednesday, as the prime minister warned that thousands a day might make the attempt in the coming weeks, as the weather warms and the sea state calms.

“But it is these hopes — these dreams — that have been exploited,” he said.

Johnson stressed that the British people were welcoming and generous, but that illegal immigration put an unsustainable burden on the country’s schools, health care system and welfare state.

“We cannot sustain a parallel illegal system,” the prime minister said. “Our compassion may be infinite, but our capacity to help people is not.”