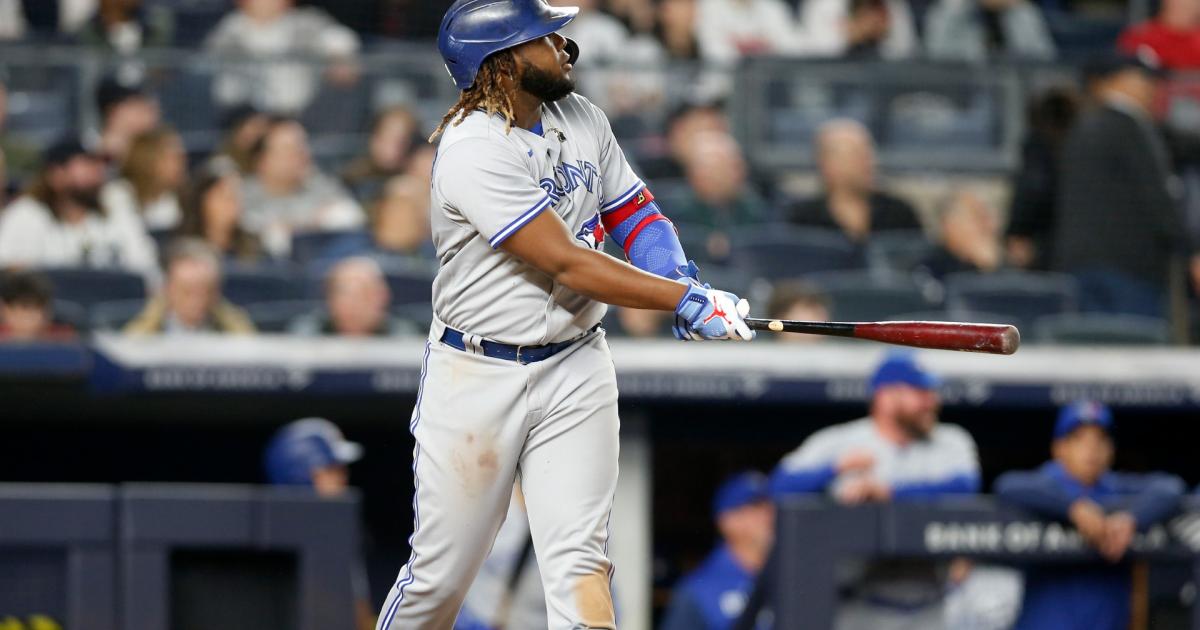 Vladimir Guerrero Jr. had one of the best games of his young career Wednesday night. The 23-year-old slugger went 4 for 4 and mashed three home runs for his team in the Blue Jays’ 6-4 win over the Yankees.

Guerrero’s performance at the plate carried the Blue Jays to victory, but he needed an assist to get through the game.

Indeed, the Blue Jays’ training staff proved crucial in Guerrero’s strong performance. Why? Because he was bloodied in the second inning while playing first base. The Yankees’ Aaron Hicks stepped on Guerrero’s right hand on play at the bag.

Guerrero left the field for a couple minutes but returned after having the wound wrapped. He originally felt some discomfort with the wrap, per Sportsnet’s Arden Zwelling, but he shook it off and was able to continue playing.

Guerrero had homered off Yankees ace Gerrit Cole in the first inning prior to the injury. In his three at-bats after being cut, he homered again off Cole in the third, doubled against Cole in the sixth and homered off Jonathan Loaisiga in the eighth.

The definition of DIFFERENT! pic.twitter.com/fcpUXfT4yZ

Vladdy is SO good, you can’t help but tip your cap 💥 pic.twitter.com/3O2L4cLoMX

He did all of that despite needing two stitches in his injured finger after the game. He said he isn’t concerned about the injury going forward, per Sportsnet.

MORE: 17 overreactions to the start of baseball season

Guerrero’s three-home-run game was the second of his career — the first came April 27, 2021, against the Nationals — and gave him sole possession of the MLB home run lead this season with four. Last year’s American League MVP runner-up also has eight RBIs and a .391/.491/.957 slash line in six games played.

Guerrero’s Hall of Fame father summed up his performance best: The “kid is on fire.”