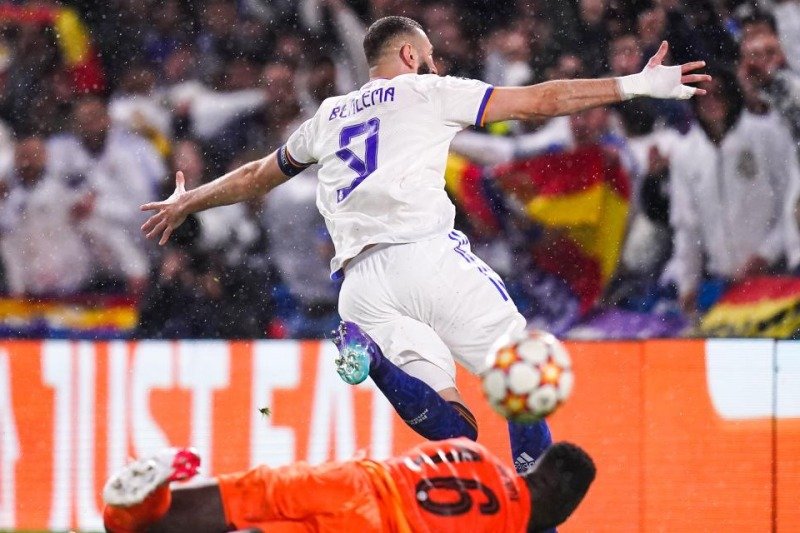 A hat-trick from Karim Benzema allowed Real Madrid to win at defending champions Chelsea (3-1) on Wednesday, while another favorite, Bayern Munich, fell to Villarreal (1-0), in quarter-final first leg of the Champions League.

Author of a hat-trick to eliminate Paris SG in the previous round, the French striker managed a new XXL performance which consolidates his place among the best attackers in the history of the competition.

He signed his first two goals with a header, in a rather unusual register for the former Lyonnais, who sealed his hat-trick by taking advantage of a huge recovery error from goalkeeper Edouard Mendy.

This result allows Madrid, who had not won in England since 2014, to take a big step towards the last four, before the return leg on Tuesday.

They stunned Chelsea, who looked as lost on the pitch as their future is unclear off, due to the sale process initiated by its Russian owner Roman Abramovich, who is facing sanctions due to the conflict in Ukraine.

After the defeat against Brentford (4-1) on Saturday in the Championship, the Londoners suffer a new defeat at home, which worries at the dawn of a crucial month of April for them.

A headed goal from Kai Havertz (40th) however allows them to keep hope. French international N’Golo Kanté was substituted at half-time.

Bayern is also aiming for the final at the Stade de France at the end of May. But like Chelsea, it will be necessary to reverse the trend in six days.

The Munichers were surprised by outsider Villarreal, who scored early in the game through Arnaut Danjuma (8th). Worse, they were dominated by the Spaniards.

Francis Coquelin thought he scored the break goal (19th), but he was flagged offside. When the Germans pushed to equalize, the “Yellow Submarine” created counter opportunities.

The revenge at the Allianz Arena promises to be perilous for Kingsley Coman’s teammates, who remain on an elimination in the quarterfinals last season, against PSG