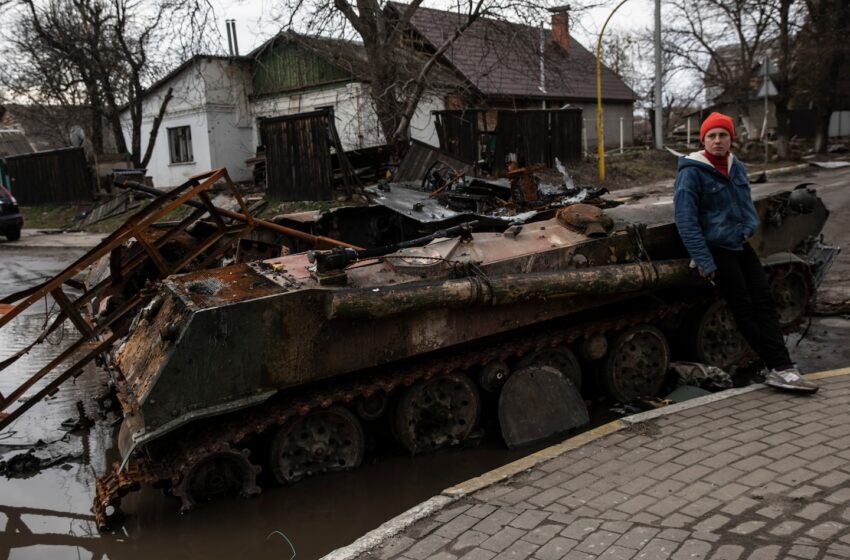 At least 50 killed in airstrike on Kramatorsk train station More than 6,600 people fled besieged Ukrainian cities and towns through humanitarian corridors on Friday, Deputy Prime Minister Iryna Vereshchuk said, the highest daily count this week despite a missile attack on one of the corridors’ train stations.

Most of the evacuees — more than 5,000 — were from Mariupol and Berdyansk, port cities occupied by Russian forces, Vereshchuk said. In the east, near where the Kramatorsk train station was attacked, leaving at least 50 dead, more than 1,500 people were evacuated from the Luhansk region, she said.

In Melitopol, west of Berdyansk, Russian occupants have blocked eight evacuation buses for 24 hours, amid ongoing negotiations for their release, Vereshchuk said.

Vereshchuk accused some local authorities of working with Russians and “now have the nerve to make the decisions who can go where, and who can’t, when to pick up the humanitarian cargo, when to confiscate the buses on the humanitarian corridor route.”

She said those who commit “gross breaches of the international humanitarian law” will be reported and sent to “the international courts alongside the occupiers who are killing our people, who targeted with a rocket and killed on Kramatorsk railway station tens of women and children today, with hundreds wounded.”