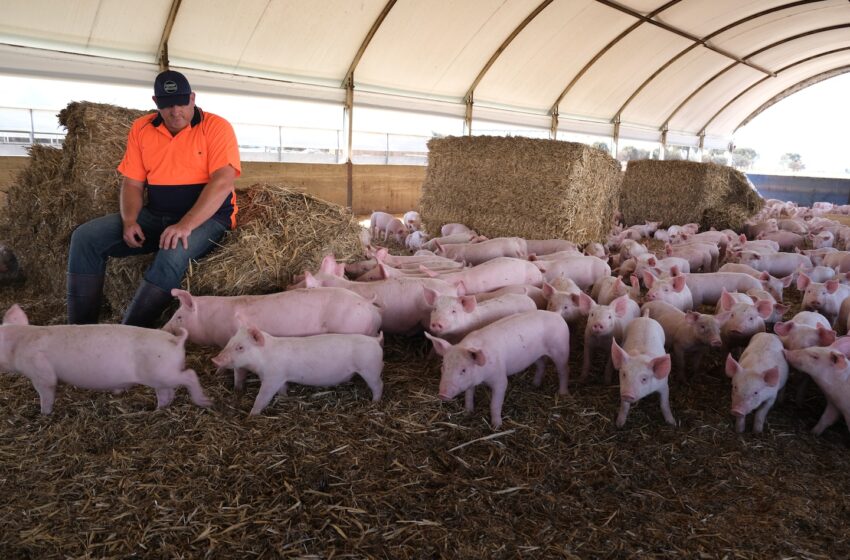 ECHUCA, Australia — A dust cloud soars behind farmer Tim Kingma’s pickup truck as he drives down a gritty dirt track to a neat row of pig sheds. The landscape is flat and muted: dry, mostly treeless ground and patchy grass. At this farm in the southeastern state of Victoria, there are hundreds of flies and not a single visible mosquito. It’s a world away from the verdant places one might expect to find fatal tropical diseases.

Yet a month ago Kingma’s sows started birthing stillborn piglets. Some of the animals emerged shriveled and desiccated, like little mummies. Alarmed, he called state authorities, who tested the animals and confirmed the diagnosis: Japanese encephalitis. Within weeks, he learned a few dozen farms had been affected. More shockingly, the viral illness was killing Australians. By the start of this month, authorities had counted 34 human cases and three deaths.

Japanese encephalitis is rare and mostly asymptomatic. In 99 percent of cases it passes through the body without causing symptoms. But of the unlucky 1 percent, nearly a third die, and about half the survivors are left with permanent problems. There is no cure, and Australia is spending millions of dollars in a rush to import vaccine doses.

Public health professionals say the appearance of Japanese encephalitis here is just the latest example of how global warming is contributing to the spread of disease. Six years ago, melting permafrost in Siberia released frozen anthrax, which infected an Indigenous community. In 2007, the tropical chikungunya virus was detected in Europe for the first time in two Italian villages and has since appeared in France. In the United States, Lyme disease cases have doubled over 30 years as warmer conditions create longer tick seasons. And in Australia, experts warn Japanese encephalitis could be the first of several illnesses to spread south.

Tim Inglis is the head of pathology and laboratory medicine at the University of Western Australia.

Australian political race roars to life, with election set for May 21

“With accelerating climate change, we’re going to be in a world of hurt,” he said, “with some of these diseases that have in the past been restricted in the tropics extending, as we’re beginning to see.

“Some of these diseases are not nice — and Japanese encephalitis is just one of the family.”

Japanese encephalitis is endemic to 24 nations in a sweltering patch of Asia and the Pacific, from Australia’s northeastern tip to Japan, the Koreas, China, Southeast Asia, and India. It claims between 13,000 and 20,000 lives per year.

The mosquitoes that carry it need pools of stagnant water, such as those created by the heavy downpours of the tropics, to breed. In February and March, the northeast coast of Australia was hit with record floods — conditions that enabled the virus to travel hundreds of miles south and west via mosquitoes biting water birds, horses and, especially, pigs.

‘I killerated old Paddy’: Twist in Outback mystery, but no arrests

It found a foothold and moved beyond the flood zone into an outbreak encompassing four states: Queensland, New South Wales, Victoria and South Australia. Separately, over the past decade, it has traveled in the opposite direction, to higher-altitude regions of Tibet and Nepal.

Margo Andrae, chief executive of Australian Pork, said pig farms were the “early warning system that something else was hitting Australia.”

“I think it took us all by surprise,” Inglis said. “We really hadn’t expected to see things come this far south, even with extreme weather conditions.”

The weather in Australia is ruled by the multiyear revolving patterns of El Niño and La Niña — the former hot and dry with long droughts and wildfires, the latter cool and rainy with cyclones and flooding. It’s La Niña years, as the planet warms, that carry an increased risk of tropical disease. A warmer atmosphere holds more moisture, which leads to more intense rainfall and flooding, enabling mosquito-borne and water-loving illnesses to thrive.

Malaria is another illness that could encroach on Australia, Inglis said. He has tracked the southward movement of melioidosis, a bacteria found in wet soil that can cause abscesses, seizures and death. Stagnant water seems to be a requisite for outbreaks of Buruli ulcer, a disease caused by flesh-eating bacteria with a growing presence in southeastern Australia.

As for Japanese encephalitis, a single previous case on Australia’s mainland was recorded at the country’s northernmost point two decades ago. But it has now shown up 2,000 miles to the south, in cooler, drier farmland.

David Kiefel, 61, is well into a second month on life support. A retiree in Corowa, a small town in New South Wales close to the Victorian state line, he now breathes through a tube and communicates through blinking. The only parts of his body he can move are his right hand, feet, neck and facial muscles.

His doctors “decided that there wasn’t really anything more they could do with him and that David just needed time,” said his wife, Jacquelene Monk. “We don’t know how much he’s going to recover — or not — at this stage.”

Kiefel’s symptoms started with aching joints. Then a headache and fatigue. He collapsed with brain swelling on Feb. 19 and has been unable to breathe without assistance since.

“He is cognitive,” Monk said. “And he can read. I never thought he’d be able to sit out in a wheelchair, so I was quite stunned” when he did. “But he does have advance directives — he wants a quality of life.”

Across eastern Australia, government and council workers are hanging mosquito traps to gather specimens to test for the virus and track its spread. The federal government is rolling out vaccines to pig farmworkers and others at higher risk. The key message from authorities is to avoid bites: Wear repellent, cover up in loose clothing, drain or remove standing water.

Pig farmers are taking the same measures. The virus doesn’t affect the animals’ meat — it’s not transmitted by eating pork or bacon — but it does affect production.

“I think Australians, in general, are feeling they have to watch out for more and be more cautious and more aware of the unknown,” Andrae said. “Whether it’s floods, bush fires — now mosquitoes. Things are moving into Australia. Whether it’s people, whether it’s climate, whether it’s just that the risks are greater, the speed that they’re moving with we just haven’t seen before.”

White Australian police officer acquitted in killing of Aboriginal teen, a case that gripped the country

In Corowa, Monk is warning people to avoid mosquitoes. She wants the government to distribute free vaccines and investigate how the virus spread.

It’s low and flat where she lives, and she has noticed an increase in stagnant water after a summer of heavy rains. “I didn’t want anyone’s child to end up like David,” she said. “Where he got bitten by a mozzie was within the town — it could have been at home.”

“We know climate change is affecting us here,” she added. “This is going to be a problem forever.”