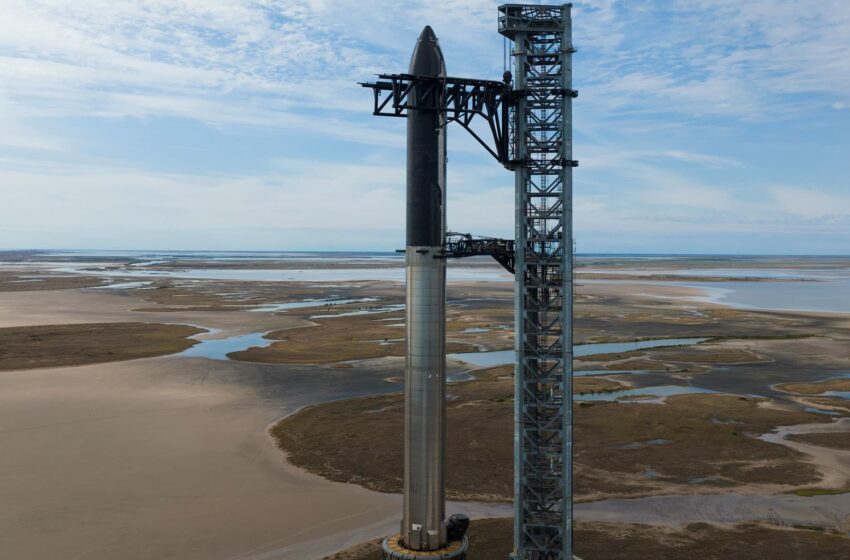 The US Army Corps of Engineers has withdrawn SpaceX’s application to expand launch facilities in Boca Chica, Texas, after the company failed to provide environmental information the agency requested, according to documents obtained by CNBC.

SpaceX was seeking approvals to construct a new launch pad, new landing pad, and other launch-related infrastructure that would support its existing reusable launch vehicle operations in the South Texas facility.

The expansion would have been built on about 17 acres including wetlands and mud flats.

The Army Corps of Engineers is responsible for oversight of wetland development under section 404 of the Clean Water Act. In this role, the Corps makes sure that developers do not harm natural resources and drinking water, nor cause stress to endangered species and their habitat when alternative sites or approaches could be used instead.

In a letter to SpaceX dated March 7, 2022, the US Army Corps of Engineers said that, after repeated requests for specific environmental impact information, Elon Musk’s aerospace venture had failed to say how it might be able to build its facilities differently, or whether it could locate them elsewhere to minimize harm to wetlands, water, and wildlife. Bloomberg previously reported on the withdrawal.

The agency noted that on February 10, 2022, SpaceX CEO and founder Elon Musk held a press conference where he explained that if regulatory approvals didn’t move along in Texas, allowing the company to expands its Starship and Super Heavy rocket testing and launches soon, he would move a bulk of SpaceX operations to Florida’s Cape Canaveral and Kennedy Space Center.

If that were to happen, Musk said at the time, SpaceX would turn its Boca Chica assets into more of a research and development hub.

In a parallel review process, an environmental engineer who blogs under the handle ESG Hound reported, the U.S. Fish and Wildlife Service has expressed similar concerns. FWS submitted comments to the Federal Aviation Administration saying SpaceX has not provided adequate environmental information to obtain approval to expand in Boca Chica.

SpaceX has completed multiple high-altitude flight tests with its Starship prototypes, but its next major step is to reach space. Starship is the spacecraft the company is developing to someday embark on a mission to Mars. The company’s Starship progress was delayed on multiple fronts last year, and an orbital flight test is now pending regulatory approval.

SpaceX still needs a license from the Federal Aviation Administration to move ahead with the flight test, and a separate, key environmental assessment is still pending.