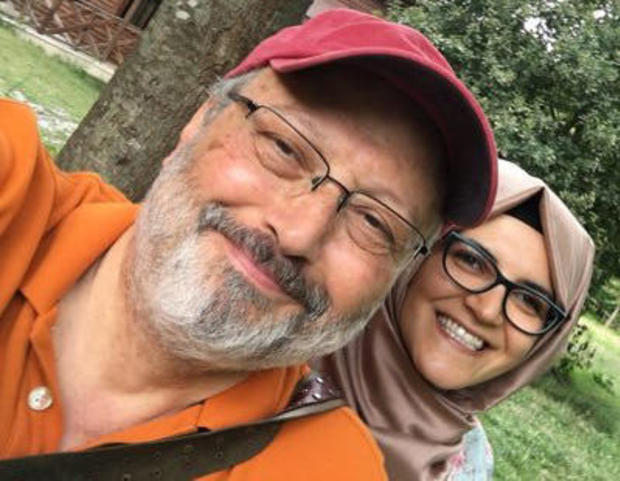 Istanbul — A Turkish court on Thursday confirmed a halt to the trial in absentia of 26 suspects linked to the killing of Saudi dissident Jamal Khashoggi and its transfer to Riyadh, a decision that has angered rights groups. The 59-year-old journalist was killed inside the Saudi consulate in Istanbul on October 2, 2018, in a gruesome murder that shocked the world.

A Turkish court began the trial in 2020 with relations tense between the two Sunni Muslim regional powers. But with Turkey desperate for investment to help pull it out of economic crisis, Ankara has sought to heal the rift with Riyadh.

The judge told the court: “We decided to halt and hand over the case to Saudi Arabia.”

The court’s decision comes almost a week after Justice Minister Bekir Bozdag said he would approve a Turkish prosecutor’s request to hand the case over to Saudi Arabia, at the latter’s demand. The prosecutor said the case was “dragging” because, as the defendants were foreigners, the court’s orders could not be carried out.

Entrusting “the lamb to the wolf”

Defense lawyer Ali Ceylan told the court on Thursday that there would not be a fair trial in Saudi Arabia.

“Let’s not entrust the lamb to the wolf,” he said, using a Turkish saying.

Another defense lawyer, Gokmen Baspinar, said the justice ministry’s move was “against the law.”

“There is no prosecution going on in Saudi Arabia at the moment,” he said. “Saudi authorities have concluded the trial and acquitted many suspects.”

He said the decision to hand over the case to Riyadh would be tantamount to a “breach of Turkish sovereignty” and “an example of irresponsibility against Turkish people.”

The decision has deeply angered rights groups. The Istanbul tribunal “agreed to transfer the case to the Saudi authorities — in one sentence, just like that. Didn’t even bother to state the lawyers’ requests are rejected,” Milena Buyum, of Amnesty International, said.

Five people were sentenced to death by the kingdom over Khashoggi’s killing, but a Saudi court in September 2020 overturned the sentences, handing jail terms of up to 20 years to eight unnamed defendants following secretive legal proceedings.

Khashoggi’s fiancee Hatice Cengiz, who was present at the hearing on Thursday, said that she would appeal the decision.

Turkey “is not ruled by a family like in Saudi Arabia. We have a justice system that addresses citizens’ grievances,” she told journalists outside Istanbul’s main court. “We will appeal the decision in line with our legal system.”

Speaking to AFP, she vowed to “continue to fight. Whoever gives up has given up. I will continue. Sometimes the legal battle itself is more important than the results.”

In an interview with AFP in February, Cengiz urged Ankara to insist on justice despite the rapprochement with Saudi Arabia.

“In order for such a thing to not happen again…(Turkey) should not abandon this case,” she said.

Cengiz had been waiting outside the consulate for Khashoggi when he was murdered. He had gone there to obtain paperwork to marry her. His remains have never been found.

In early 2021, Cengiz said the heir to the Saudi throne “should be punished without delay” after a U.S. intelligence report published by the Biden administration pinned the blame on him for the writer’s brutal murder.

The intelligence report, compiled months earlier but only made public in March 2021 by the White House, concluded that “Saudi Arabia’s Crown Prince Mohammed bin Salman approved an operation in Istanbul, Turkey, to capture or kill Saudi journalist Jamal Khashoggi.”

About a year after the murder was carried out, bin Salman told CBS News’ Norah O’Donnell he “absolutely” did not order Khashoggi’s murder, but he insisted that he took “full responsibility as a leader in Saudi Arabia, especially since it was committed by individuals working for the Saudi government.”

To Riyadh’s dismay, Turkey pressed ahead with the Khashoggi case and President Recep Tayyip Erdogan had, at the time, said the order to kill him came from the “highest levels” of government.

Transferring the case to Riyadh removes the last obstacle to a normalization of ties.

Erdogan has sought to improve ties with regional rivals including Egypt and the United Arab Emirates in the face of increasing diplomatic isolation that has caused foreign investment to dry up — particularly from the West.

In January, he said he was planning a trip to Saudi Arabia as the economy went through a tumultuous period. Turkey’s annual inflation has soared to 61.1 percent, according to official data Monday.