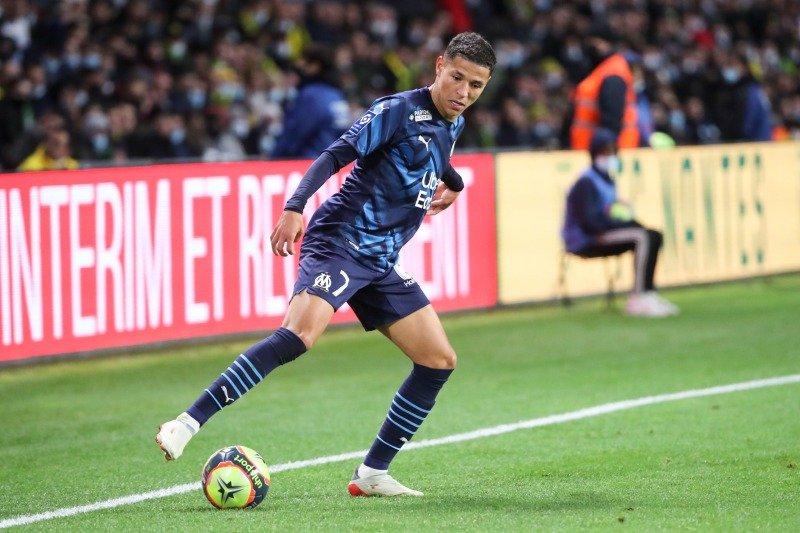 Amine Harit opens the door to a return to selection Will Amine Harit compete for the second world of his career? After a long absence in selection following his dismissal by Vahid Halilhodzic, the Moroccan international expressed his desire to postpone the Atlas Lions jersey, saying he would not hesitate for a second to return.

For several weeks, Amine Harit has been a new man at Olympique de Marseille. Enjoying more playing time, the Atlas Lion is now flourishing within the French club and has scored two goals and provided two assists in his last four games.

Performances that have restored his confidence and could pave the way for him to return to the selection to compete in the 2022 World Cup in Qatar, after having lived the experience in 2018 in Russia under the orders of Hervé Renard.

In an interview with RMC Sport, Harit expressed his desire to return to the national team, adding that there was no longer any problem between him and Atlas Lions coach Vahid Halilhodzic, who had previously dismissed him.

“I have problems with no one, it’s the people who made one. It’s true I had a little clash with the coach at the beginning but it passed. Today if they call me of course I’m going, “ did he declare.

“I don’t like the selection for a particular person, I like it because it’s my country, that’s all”, he added, saying it is a dream for him to participate in the World Cup.