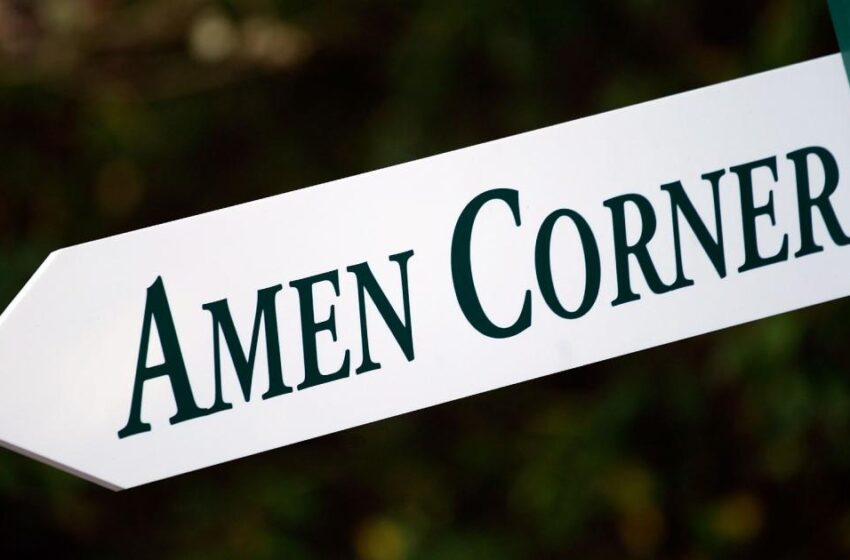 Amen Corner at Augusta: Why the Masters’ 11th, 12th, and 13th holes are among the most famous in golf 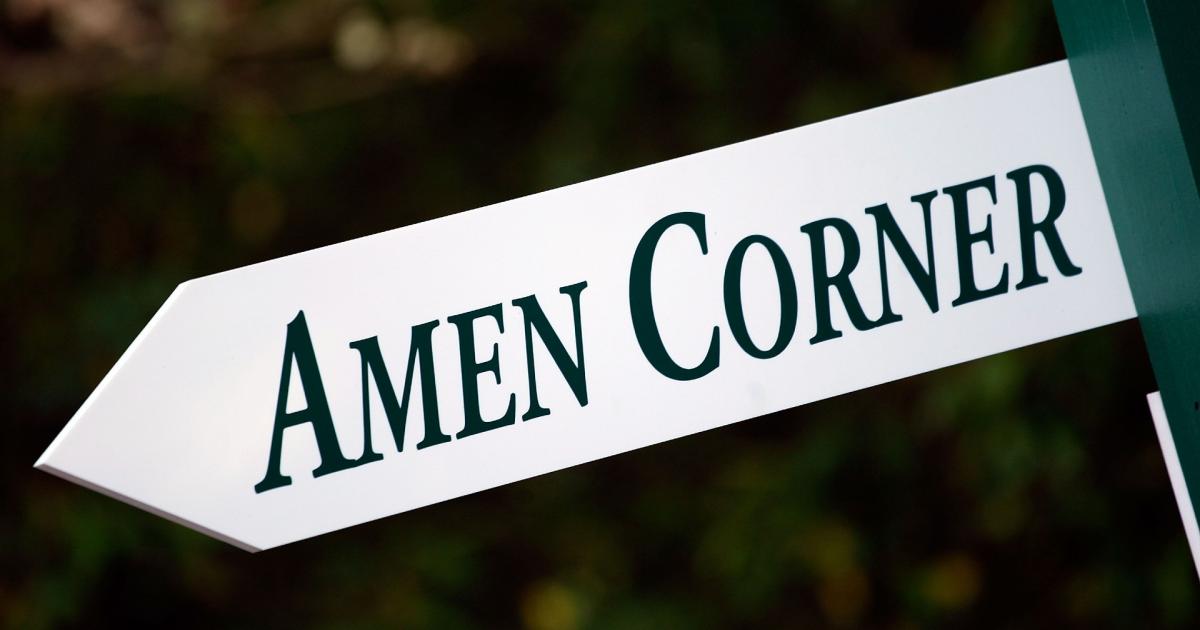 The entirety of Augusta National Golf Club’s famous course is difficult. It’s why the Masters is played there. So how brutal can holes 11, 12, and 13 be to be dubbed “Amen Corner,” where it is imperative the best golfers in the world say their prayers?

The answer is simple: Amen Corner is a 12-stroke, 1,170-yard death trap. The 12th hole in particular is littered with hazards that, on a par 3, can obliterate the scores of even the most seasoned golfers.

This infamous stretch can be where events are won or lost. Here’s what you need to know about Amen Corner before the Masters begins on Thursday.

Where does the name Amen Corner originate?

Sports Illustrated’s Herbert Warren Wind coined the name Amen Corner in 1958. He wrote: “At the farthest reach of the Augusta National course—down in the Amen Corner where Rae’s Creek intersects the 13th fairway near the tee, then parallels the front edge of the green on the short 12th and finally swirls alongside the 11th green.”

Wind said he was inspired by the jazz song “Shoutin’ in that Amen Corner.” While he originally remembered the artist being Mazz Mezzrow, it was actually Mildred Bailey who made that particular song.

Although Wind was specifically referring to the beginning of the 13th hole (13th fairway near the tee), the entire 12th hole (the front edge of the green on the short 12th), and the second half of the 11th hole (alongside the 11th green), the Amen Corner is now used when referring to the 11th, 12th, and 13th holes as a group.

Wind’s reference: When Wind referred to Hole No. 11, he specifically referred to the hazard-laden green. A pond sits left-front of the green, while a bunker sits to the right. The accepted approach is to lay up with the second shot, rather than attacking the green. Ben Hogan once said of No. 11 if he’s on the green in two shots, “you’ll know I missed my second shot.”

Here’s Tiger Woods in 2018 with what amounts to an aggressive approach on the 11th.

Wind’s reference: In golf, it’s the shorter shots that are the most dangerous. Nowhere is this more true than the 12th hole at Augusta, quite possibly the most famous hole in golf. A 155-yard approach to a green guarded by a moat and spattered with three sand traps — one in front and two behind — Golden Bell is a hole that has famously terrorized Jordan Spieth.

Spieth exorcised his demons in 2018 with a birdie. Look at his celebration to see what this hole has done to his mental state.

Wind’s reference: When Wind talks of No. 13, he refers to the treacherous shot off the tee, in which golfers are faced with a choice: Be aggressive with the generous par given the distance and risk paying the price, or stay safe and play for par.

No. 13 is ignominiously the hole tied with the single highest score for a player at the Masters, with Tommy Nakajima shooting a 13 in 1978 (Tom Weiskopf repeated the “feat” on 12 in 1980). The reason it’s so risky to play aggressive is a creek that runs along the left side of the fairway and in front of the green. The creek serves as a reminder for players to not be stupid in their aggressive approaches.

Rory McIlroy in 2018 tempered his approach, shooting over the creek and giving himself a shot at a birdie.

While these holes may not be the most physically taxing, they will punish any player who doesn’t come in with a solid gameplan and a consistent mindset. That is why the Amen Corner is one of the most important stretches to nail at Augusta. If one player botches it, another won’t. The one that doesn’t is likely to finish ahead on the leaderboard.

What are the bridges at Amen Corner?

Amen Corner’s signature is the winding creeks that surround its holes. Hogan’s Bridge — which refers to the aforementioned Ben Hogan — leads to the green on 12. Hogan is its namesake because of the record-setting 274 he shot over four rounds in 1953.

Who has Amen Corner claimed?

A name like this doesn’t get coined without a body count.

Perhaps most famously now, Amen Corner claimed Jordan Spieth as a particularly violent victim in 2016. Spieth entered the back nine needing par to clinch the Masters that year. Spieth ended up shooting five on 11 and seven on 12, ultimately losing to Danny Willett by three strokes.

Arnold Palmer had a similar situation occur in 1959, losing to Art Wall by two strokes. Palmer shot a six on 12 for a triple bogey, losing the jacket in the process.

Palmer would exact vengeance upon the course in 1964, when Jack Nicklaus bogeyed twice on 12 in the same weekend before losing to Palmer with a score of 282 to Palmer’s 276.

The list goes on and on. Phil Mickelson, Rory McIlroy, Weiskopf, and Bubba Watson have all been victimized by this stretch.