All You Need To Know About Day 9 Of The Festival 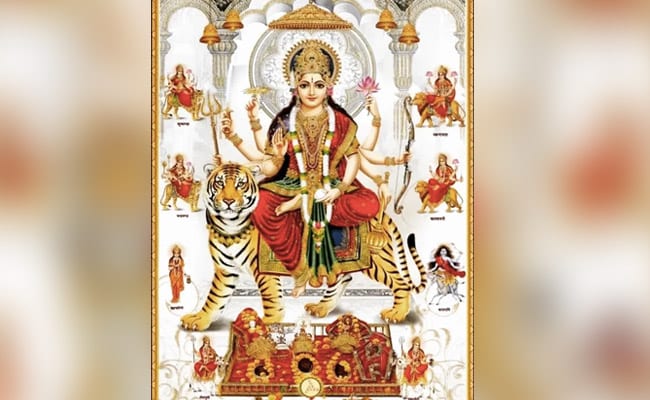 Chaitra Navratri 2022: On the ninth day of Navratri, Maa Siddhidhatri is worshipped.

The Hindu festival of Chaitra Navratri holds immense significance for followers of Goddess Durga. During this festival, people worship nine different forms of Maa Durga. On the ninth day of Navratri, Maa Siddhidhatri is worshipped. Maa Siddhidhatri is the ninth form of Goddess Durga. On this day, prayers are offered to this form of Durga. The goddess is depicted having four hands holding a discus, conch shell, trident and mace. The goddess sits on a fully bloomed lotus or a lion. The day is also observed as Ram Navami. The day marks the birth of Lord Ram on Earth.

The ninth day of Chaitra Navratri, also known as Ram Navami, is being observed on April 10 this year.

The form of Durga is often linked to the Ardhanareshwar Swaroop, which is half Shiva and half Parvati. It is believed that one side of Mahadev is the goddess Siddhidhatri. According to Vedic scriptures, Lord Shiva achieved his powers by praying to Maa Siddhidhatri.

The puja vidhi for Ram Navami includes 16 steps that are part of the Shodashopachara puja vidhi. These include meditations on Lord Ram, chants, flower offerings and offerings of food and water to the deity.