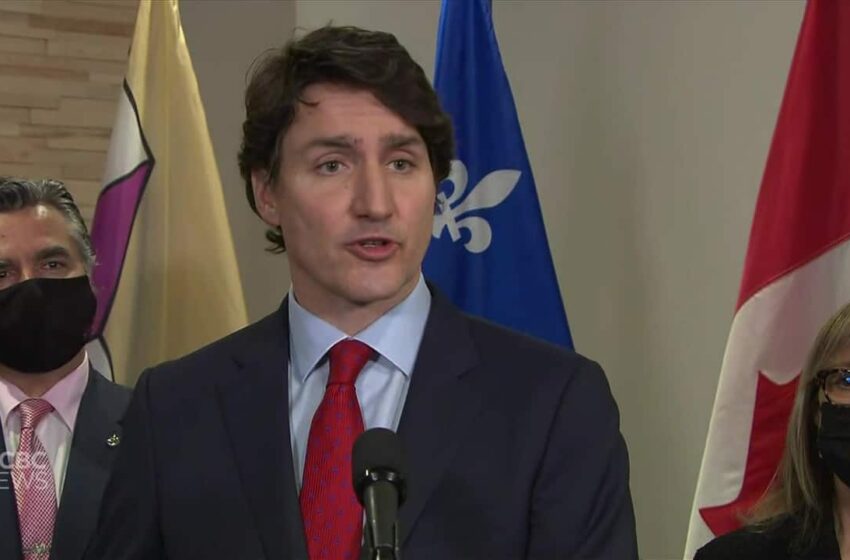 “There are official processes around determinations of genocide, but I think it’s absolutely right that more people be talking and using the word genocide in terms of what Russia is doing, what Vladimir Putin has done,” Trudeau said at a news conference in Laval, Que.

Trudeau pointed to Russian military attacks on civilians, including the targeting of health-care facilities and train stations, as well as sexual violence in the conflict. He also said Russia is attacking “Ukrainian identity and culture.”

Trudeau said the Canadian government is taking action in response, including petitioning the International Criminal Court (ICC) to probe alleged Russian war crimes and by deploying RCMP investigators to the ICC.

For the first time, Trudeau agreed that the war in Ukraine is a genocide, as mounting evidence is collected during Russia’s ongoing invasion. 1:08

Trudeau was responding to a question about U.S. President Joe Biden’s use of the word to describe Russia’s activities in Ukraine.

“Your family budget, your ability to fill up your tank, none of it should hinge on whether a dictator declares war and commits genocide a half a world away,” Biden said at a news conference Tuesday in Iowa.

Speaking to reporters afterward, Biden said he used the word because, “it’s become clearer and clearer that Putin is just trying to wipe out the idea of even being able to be Ukrainian.”

Biden said evidence is mounting that Russia’s actions constitute genocide, but noted his use of the word isn’t a legal declaration.

“We’ll let the lawyers decide internationally whether or not it qualifies,” he said.

What qualifies as genocide?

The United Nations’ definition of genocide under its Genocide Convention includes both a physical and mental element.

But the mental element stipulates that genocide must also include clear intent.

“The intent is the most difficult element to determine,” a UN article on genocide says.

“To constitute genocide, there must be a proven intent on the part of perpetrators to physically destroy a national, ethnical, racial or religious group. Cultural destruction does not suffice, nor does an intention to simply disperse a group.”

The law also requires that victims be deliberately targeted, the article says.

Trudeau has previously said that the murders and disappearances of Indigenous women and girls across Canada constitutes genocide, agreeing with the conclusions of a national inquiry.

Trudeau was absent for Parliament’s vote last year on whether China’s treatment of the Uyghur minority meets the UN’s definition of genocide. The foreign affairs minister at the time, Marc Garneau, abstained. The motion passed 266-0.