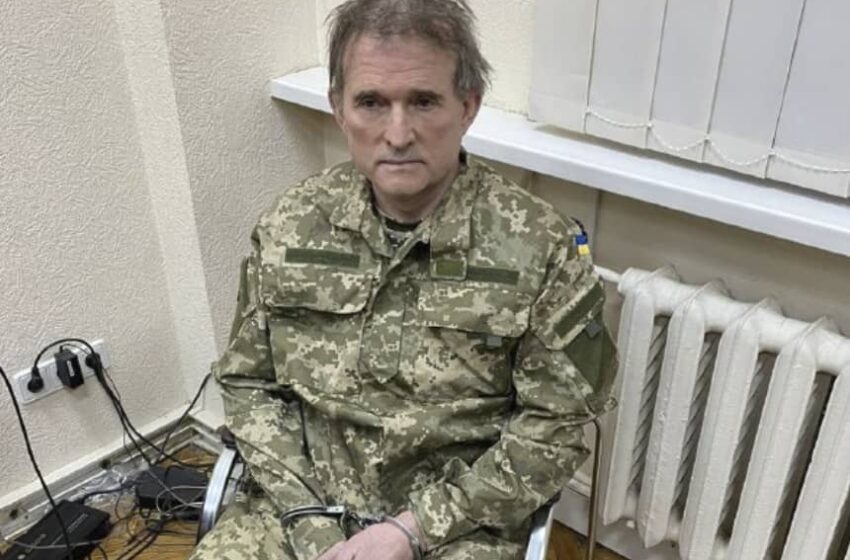 President Zelenskyy posted on social media a photo of Viktor Medvedchuk with “A special operation was carried out thanks to the SBU. Well done! Details later. Glory to Ukraine!” Written underneath.

Courtesy: Office of Presidency of Ukraine

Ukraine President Volodymyr Zelenskyy on Tuesday announced the apparent capture of Viktor Medvedchuk, a pro-Kremlin politician who was living in Ukraine.

Medvedchuk had been under house arrest on treason charges since last year, but allegedly escaped shortly after Russia launched its invasion. His lawyers have denied wrongdoing.

“A special operation was carried out thanks to the SBU,” Zelenskyy wrote in Russian on his verified account on the social media platform Telegram, referencing Ukraine’s Security Service.

Above that caption, Zelenskyy posted a photo showing a disheveled Medvedchuk seated by a radiator with his hands clasped in handcuffs.

Medvedchuk, the leader of a pro-Russian opposition party in Ukraine and a staunch opponent of Kyiv’s appeals to join NATO, has extremely close ties to Russian President Vladimir Putin, who is godfather to Medvedchuk’s daughter.

Some experts have speculated that if Putin had planned to install a puppet leader after toppling Ukraine’s government, Medvedchuk would be on the short list.