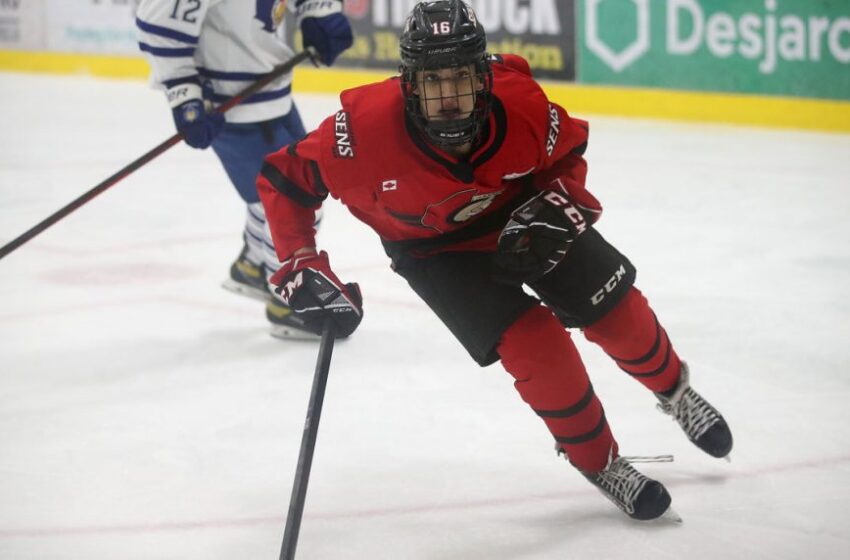 Will Michael Misa be granted exceptional status by OHL?

There will be a lot of intrigue surrounding the future of Michael Misa as he waits to see where the next step in his hockey journey takes him.

Misa is one of three Ontario junior players who have applied for exceptional status to the OHL along with Mississauga Senators teammate William Moore, and London Jr. Knights forward Ryan Roorbroeck. After putting up 21 points in the OHL Cup, breaking Connor McDavid’s record, it looks like the 15-year-old’s application could get more consideration.

“There was some talk that Misa might be denied along with two other players that applied but after this performance at the OHL cup run, it seems as if Hockey Canada and the Ontario Hockey Federation might be reconsidering or giving him a little more thought than previous,” Sportsnet’s Jeff Marek reported during the 32 Thoughts segment on Hockey Night in Canada.

The exceptional-player rule was created in 2005, allowing players to apply for early entry into the CHL. A panel involving officials from Hockey Canada and the respective junior league, in this case, the Ontario Hockey Federation determines if the application is approved.

Misa isn’t eligible to be selected in the NHL until 2025. His brother Luke plays for the Mississauga Steelheads, after getting taken 9th overall in the 2021 OHL Priority selection.

If the Oakville, Ont., native is ultimately denied exceptional status, he could receive interest from south of the border if he wants to make the jump to major junior hockey.

“There are teams in the USHL, the Chicago Steel for example, that have expressed interest in Misa should he be denied, but this is going to be a crucial week,” Marek reported. “His camp thought they were getting an answer around OHL Cup time that hasn’t happened. We’ll see what happens the OHL teams need a response with their draft on April 29.”