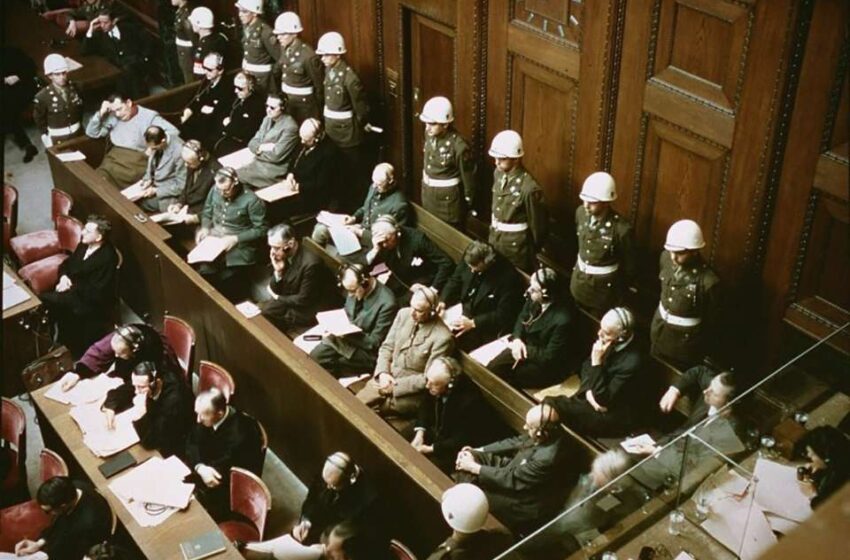 A formal US follow-up accusing Russia of a campaign aimed at wiping out a targeted group could carry obligations on the world to consider action. That’s because of a genocide treaty approved by the UN General Assembly in the years immediately after World War II, signed by the United States and more than 150 other nations.

The convention was the work of, among others, a Polish Jew who’d seen his family murdered. The advocates pushed for something that would make the world not just condemn but actually punish future genocides.

In comments Tuesday, Biden accused Russian President Vladimir Putin of trying to “wipe out the idea of even being a Ukrainian.” Many other world leaders have not gone as far. British Prime Minister Boris Johnson has said Russia’s behavior in Ukraine “doesn’t look far short of genocide,” but the UK has not officially used the term, saying only a court can make such a designation.

A look at what’s involved in that decision, and what it means when a world leader declares a genocide:

What does “genocide” mean?

It’s a surprisingly modern word for an ancient crime. A Jewish lawyer from Poland, Raphael Lemkin, coined it at the height of World War II and the Holocaust. Lemkin wanted a word to describe what Nazi Germany was then doing to millions of Jews and Romas, and what Turkey had done to Armenians in the 1910s: killing members of a targeted group of people, and ruthlessly working to eradicate their cultures. 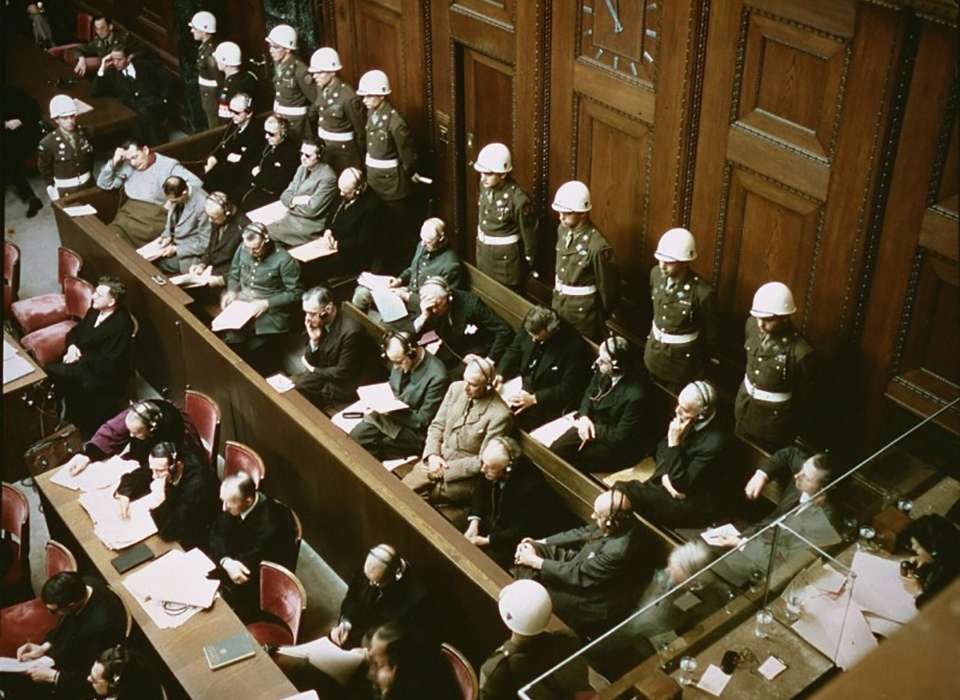 In 1948, after Adolf Hitler and his accomplices systematically murdered 6 million Jews in Europe, the UN General Assembly approved the Convention on the Prevention of the Crime of Genocide.

Under the genocide convention, the crime is trying to destroy a national, ethnic, racial or religious group, in part or in whole.

That includes mass killings, but also forced sterilization, abuse that inflicts serious harm or mental suffering, or wrenching children of a targeted group away to be raised by others.

Is Russia committing genocide in Ukraine?

The case may hang in part on Putin’s own words.

Russian forces are attacking a sovereign country, and are widely accused of carrying out wholesale abuses of Ukraine’s civilians, including mass killings.

Those would be war crimes. But do they amount to genocide?

It’s all about intent, argues Bohdan Vitvitsky, a former US federal prosecutor and former special adviser to Ukraine’s prosecutor general.

“Any attempt to determine whether the crimes committed by Russian troops in Ukraine are driven by genocidal intent must necessarily focus on the statements of Russian President Vladimir Putin,” Vitvisky wrote for the Atlantic Council think tank this week. 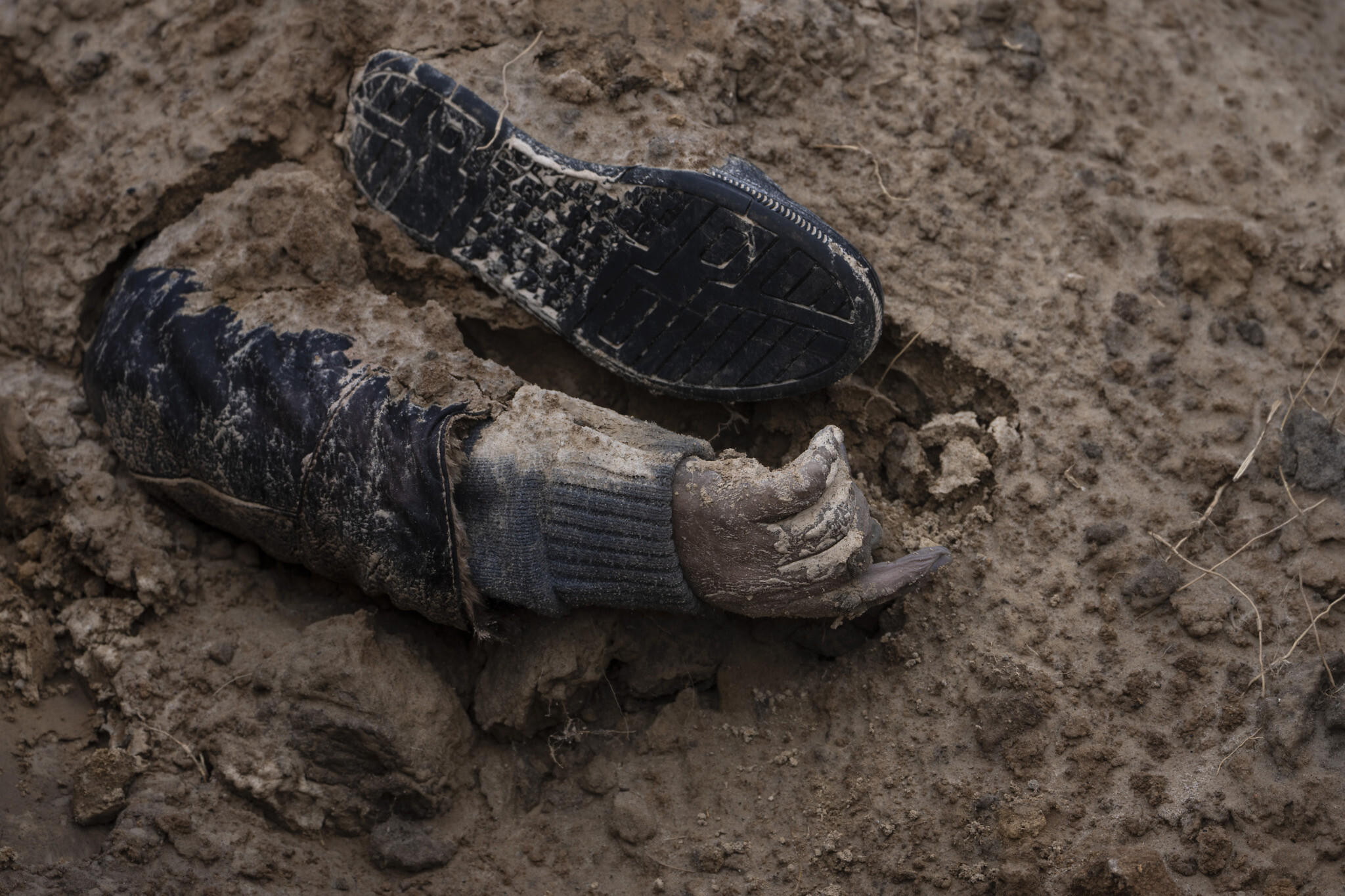 The hand of a corpse emerges from a mass grave in Bucha, on the outskirts of Kyiv, Ukraine, Monday, April 4, 2022. (AP/Rodrigo Abd)

Putin long has denied any standing for Ukraine to exist as a separate nation, or Ukrainians as a separate people, independent of Russia and Russians. He cites history, when Ukraine was part of the Russian empire, and later of the Soviet Union.

In a long essay last year, “On the Historical Unity of Russians and Ukrainians,” Putin made clear the depth of his determination on the matter. He called the borders dividing Russia and Ukraine “our great common misfortune and tragedy.”

Putin and Russian state media in the current war falsely call Ukrainian leaders “Nazis” and “drug addicts.” Putin has called his military campaign in Ukraine one of de-Nazification.

Why does it matter if world leaders use “genocide” to describe Russia’s actions?

Embedded in the genocide convention is an obligation that the US and other signers of the treaty have treated warily — if they acknowledge a genocide is occurring, they’re committed to ensuring investigation and prosecution, at the least.

People and countries committing genocide “shall be punished,” the treaty declares, seeking to crush any wiggle room that would allow governments to avoid intervening.

President Bill Clinton and other US leaders for decades dodged or danced around using the word “genocide” to avoid increasing the pressure on them to act, as mass killings targeted classes of people or ethnic groups in Cambodia, Bosnia, Iraq, Rwanda and elsewhere. 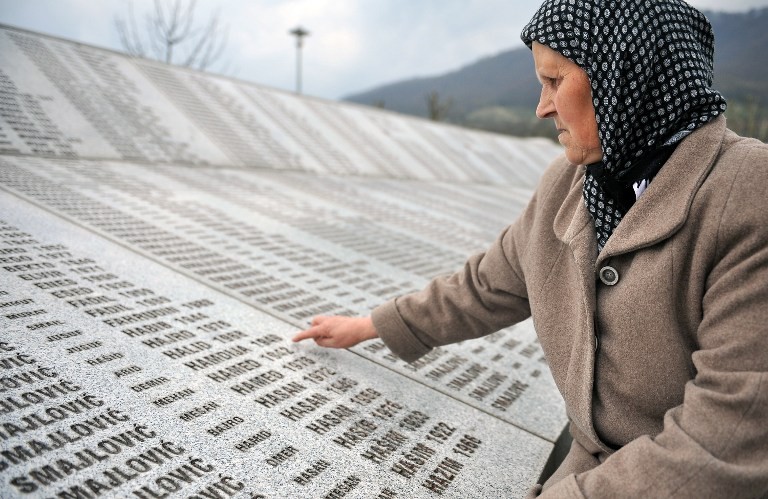 Bida Smajlovic, 64, a survivor of the July 1995 massacre in Srebrenica, Bosnia, points at the name of her husband at a memorial center in Potocari, on March 24, 2016 (AFP / ELVIS BARUKCIC)

Regretting his failure to do more to stop the killing of 800,000 ethnic Tutsis by Hutus in Rwanda in 1994, Clinton in June 1999 became the first US president to recognize an act of genocide as it was playing out, saying Serb forces carrying out a deadly campaign against ethnic Albanians in Kosovo were attempting genocide.

Starting in 2005, world leaders embraced – in principle – responsibility for collective action to stop genocide, war crimes and crimes against humanity. Atrocities and targeted campaigns against groups continue around the world, however, and the so-called responsibility to protect is seldom invoked.

What happens if the US does declare Russian actions to be genocide?

US leaders have long feared that acknowledging genocide would require them – or someone – to intervene, even to send in troops, with all the risks, costs and political backlash that would entail. It’s been a main reason leaders limited themselves to statements of condemnation and attempts at humanitarian aid for survivors.

Biden is adamant the US will not use its own military to confront Russian forces on behalf of Ukraine. Doing so would risk World War III, he says.

He and allies in Europe and elsewhere already are intervening by sanctioning Russia and by sending weapons and other support to Ukraine for its defense. 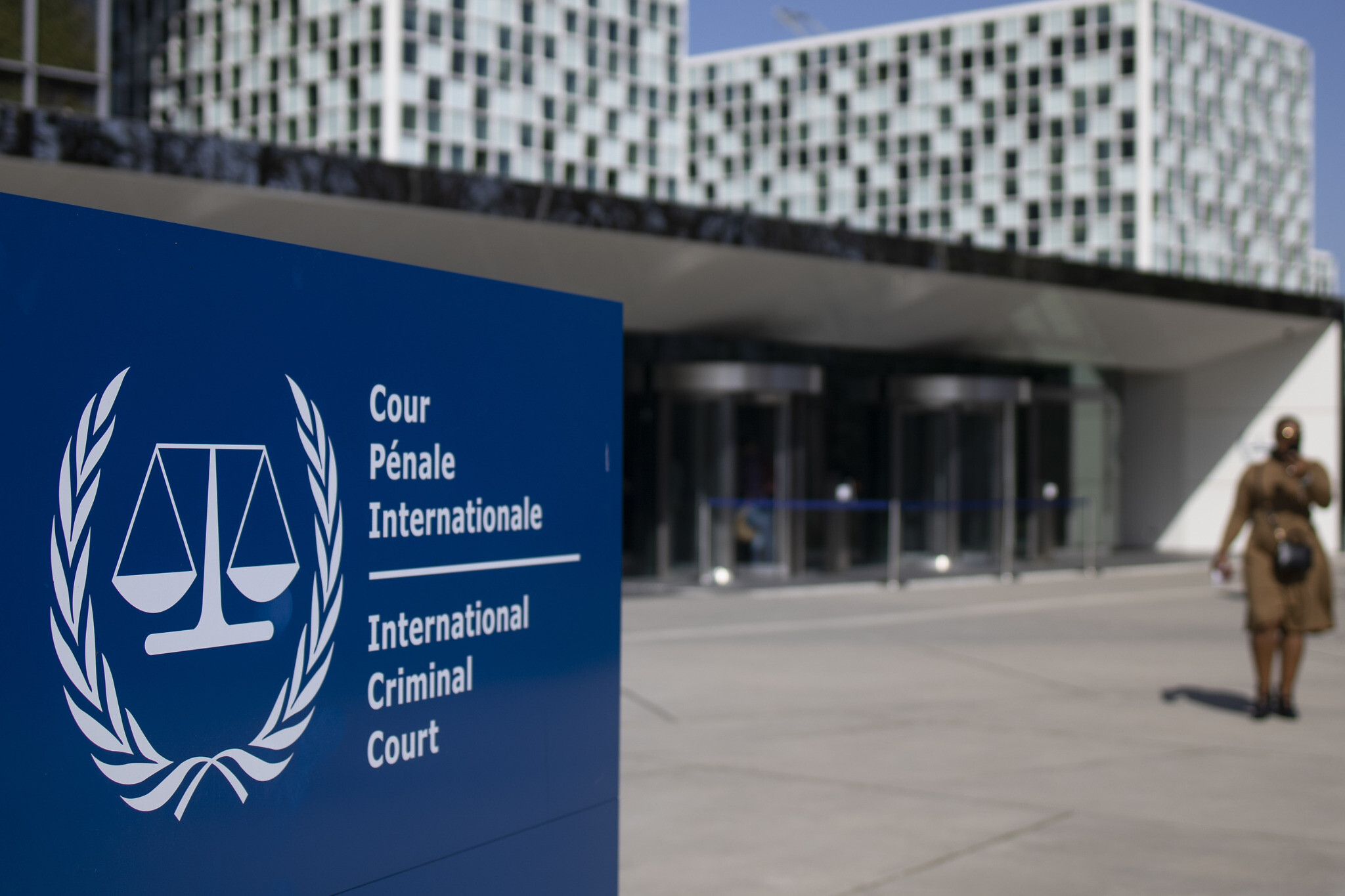 The International Criminal Court in The Hague, Netherlands, on March 31, 2021. (Peter Dejong/AP)

Biden and other Western leaders also have already called for trial for Putin — the kind of punishment that the genocide convention demands. But longstanding US opposition to the existing International Criminal Court, over worries that US troops could face prosecution there one day, can complicate such prosecutions. And practically speaking, bringing Putin before a court is a long shot.

Many Americans’ opposition to entanglement in foreign wars also has helped discourage US leaders from doing more to stop past mass killings or cultural destruction.

But Russia’s invasion of a neighboring country and brutality against Ukraine’s people have engaged Americans in a way that genocidal campaigns in Cambodia, Kurdish areas of Iraq and elsewhere did not.

A recent poll by the Associated Press and NORC Center for Public Affairs Research found that 40% of people in America believe the US should have a “major role” in ending Russia’s invasion. Just 13% think the US shouldn’t be involved at all.