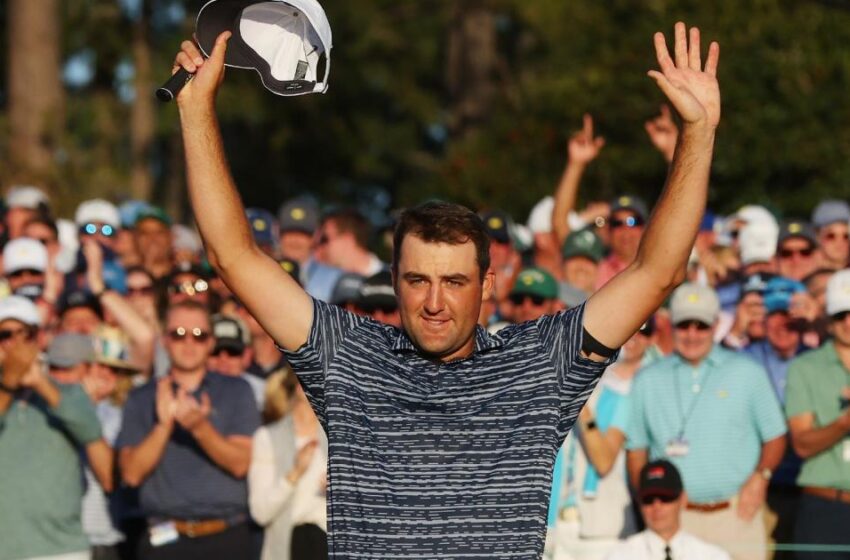 Who won the Masters in 2022? Complete scores, results, highlights from Augusta National 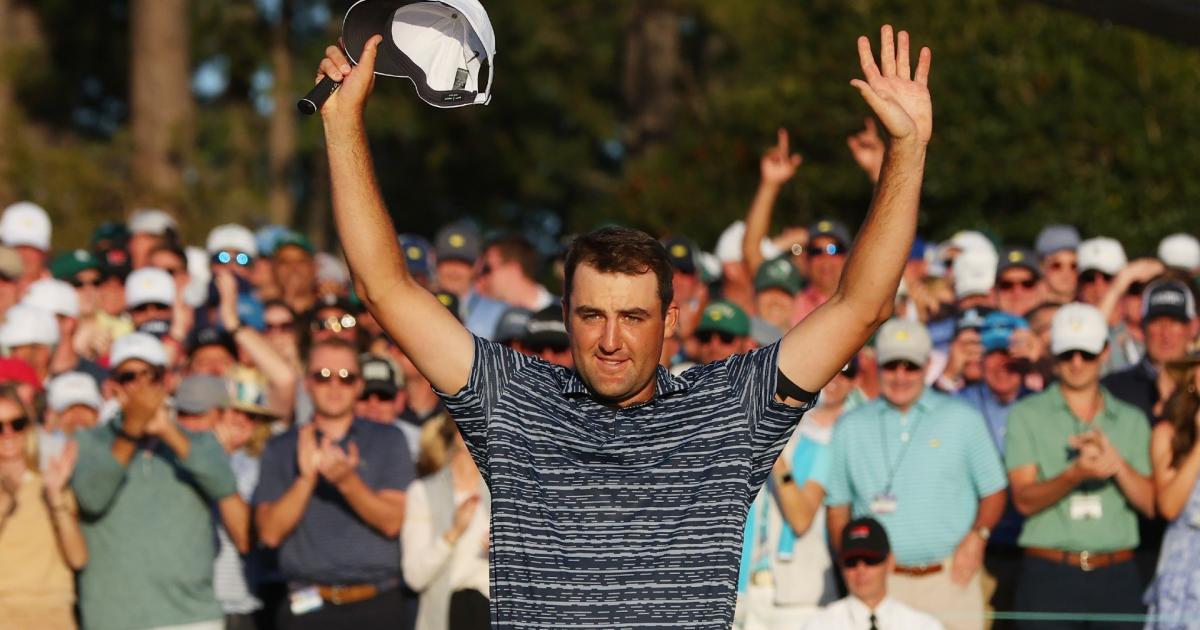 What has been evident since the weekend cut was made final on Sunday: Scottie Scheffler, who held leads after 36 holes and 54 holes of play at the Masters, finished the job with his first title at Augusta.

The world’s No. 1-ranked golfer finished the tournament with a score of 10 under, with second-place Rory McIlroy coming the closest (7 under) after carding an incredible 8-under 64 in the final round (tied for a Masters record).

Things looked like it could be close between Scheffler and Cameron Smith, his closest competition entering Round 4; the latter started his round with two birdies, allowing him to get to within two strokes of the eventual Masters champion. But Scheffler didn’t let Smith or a roaring McIlroy rattle him, sinking four birdies (including two on 15 and 16) and 12 pars to keep them at bay.

Smith ultimately took himself out of play, carding two bogeys on Holes 3 and 4; he never got to within two strokes again. He also had a bogey on 10 and a disastrous triple bogey on Hole 12 to take himself out of contention (he ultimately finished tied for third with a score of 5 under).

Even a surprising double bogey by Scheffler (with the tournament already all but won) couldn’t spoil Scheffler’s first career Masters victory (at 25 years old, to boot). The Sporting News tracked live updates and highlights from Sunday’s decisive Round 4 action; check out all the action and highlights below:

6:58 p.m.: Third time’s the charm for Scheffler, who centers it and finishes the tournament with a score of 10-under par. It got surprisingly hairy at the end but was ever really in doubt.

6:56 m.: Smith gets some applause after getting the tap-in par to end the tournament at 5 under. One last stroke (maybe two) for Scheffler.

6:52 p.m.: Scheffler’s receiving a standing ovation as he makes his final walk to the 18th green. As he has all week, he looks completely unflappable.

6:49 p.m.: Scheffler’s drive off 18 hits the pine boughs but still lands just off the fairway, in the fringe.

6:45 p.m.: Scheffler and Smith have only one more hole apiece. Everything from here on out is mere ceremony.

6:29 p.m.: Smith birdies on 16 to get to 5 under, but it’s a moot point now. It would take a tremendous breakdown from Scheffler (12 under) to lose this with just three holes remaining.

6:04 p.m.: Scheffler birdies on Hole 14, which gives him four strokes over McIlroy in second place. That may be the cushion he needs to ride this out.

Scottie Scheffler extends his lead to four strokes with a birdie on No. 14. #themasters pic.twitter.com/MB83vkWAIL

McIlroy: Hits an incredible shot to end his day at the Masters.
Morikawa: “Hold my golf clubs.”

Collin Morikawa sees McIlroy’s chip in and answers with his own. #themasters pic.twitter.com/jGiEEdR1Gu

5:48 p.m.: McIlroy might not win this but he may have just had the most exciting finish to the Masters this year. His approach on Hole 18 landed in the bunker; his second shot hit the other bunker. His third? One of the most incredible birdies from Augusta this year. It gives him a score of 8-under 64, tying him for the lowest round in Masters history.

What a way to finish. McIlroy holes out on No. 18 to put pressure on the leader. #themasters pic.twitter.com/L5fWWbR9cj

5:33 p.m.: Triple bogey for Smith. That drops him to 4 under for the tournament and pretty much takes him out of contention for the championship.

5:28 p.m.: From bad to worse for Smith, whose ensuing approach goes behind the green into the fringe.

5:22 p.m.: A little intrigue in the back nine. Smith birdies on Hole 11, while Scheffler gets par. The Aussie has seven holes to get three strokes on Scheffler.

4:56 p.m.: Scheffler and Smith couldn’t have had more different drives off Hole 10. Scheffler’s was perfectly curved onto the fairway, while Smith’s ended up somewhere deep in the bush. Still a tad early to call, but that could have big ramifications moving forward.

4:44 p.m.: An eagle for McIlroy! He’s now five off the lead and one shot behind second-place Smith. At the rate he’s playing he could very well challenge for this. He has five holes left to make a move.

Eagle on No. 13! Rory McIlroy continues his run. #themasters pic.twitter.com/BiKwNWXUkf

4:38 p.m.: Shane Lowry sinks a birdie on Hole 9 to move into a three-way tie for fourth at 3 under — all the more impressive considering he had a triple bogey on Hole 4.

The lead remains at four after birdies for Cameron Smith and Scottie Scheffler on No. 7. #themasters pic.twitter.com/zW0NxJ1PDI

4:08 p.m.: Smith sinks a very important par attempt to remain four strokes behind Scheffler. That wasn’t a given from several feet out.

3:59 p.m.: McIlroy with another birdie, on Hole 10, to give him sole possession of third place at 4 under for the tournament. He’s now 5 under for the day.

Rory’s run up the leader board continues with a birdie at No. 10. #themasters pic.twitter.com/ZsUNfnyyJ8

Justin Thomas birdies No. 7 and is now tied for third place. #themasters pic.twitter.com/v0ohWzlMI9

3:47 p.m.: There’s Collin Morikawa with his third straight birdie to finish the back nine as well. He’s 1 under for the tournament.

3:43 p.m.: Smith hits the bunker on the par-3 third hole, but wedges out to give him a very makeable par attempt. He proceeds to hit his second bogey in a row after just missing right. Scheffler’s lead is back to four.

Rory McIlroy is making his move. He is four under par today and tied for third place. #themasters pic.twitter.com/DWXrJxsA5A

3:37 p.m.: Bad luck for Smith, whose own chip-in on Hole 3 rolls well past the mark. He loses a stroke and is now three behind Scheffler.

3:36 p.m.: Meanwhile, Dustin Johnson sinks his third straight birdie to finish the back nine and go 1 under for the tournament.

3:30 p.m.: And Scheffler gets one right back with an incredible chip-in birdie that holed the pin. Incredible shot that puts his lead back to two strokes over Smith.

3:16 p.m.: Actually, there’s Smith’s second birdie in two holes. He’s only one back of the leader with a lot of golf left to play.

3:15 p.m.: Scottie Scheffler gets par on his first two holes to maintain his two-stroke lead over Cameron Smith.

Eagles are out there. 59-foot putt for Tony Finau on No. 13. #themasters pic.twitter.com/U7e9lt6j3T

3 p.m.: A disappointing end to the Masters, but the fact Tiger could play at all is a testament to his greatness and drive.

The narrative is forming. Cameron Smith birdies the first hole to draw within two of the lead. #themasters pic.twitter.com/pNTeRNsSx2

So close… a tap-in eagle for Harry Higgs on No. 2. #themasters pic.twitter.com/OsN3YNOsxT

1:15 p.m.: Terrell Hatton nearly hit an Eagle on Hole 15 after double-bogeying on 14. But the ball rolls too far back and he’ll have a 12-footer for birdie, looks like.

12:22 p.m.: Rahm breaks a four-par streak for his second birdie of the day to go to 6 over for the tournament on Hole 7.

12:15 p.m.: A third straight bogey for Tiger. Not much else going on in the way of highlights.

12:02 p.m.: Another bogey for Tiger on Hole 5; his most in a single round at the Masters Tournament.

11:36 a.m.: Meanwhile, Tiger’s partner for the day, Jon Rahm, barely sinks a birdie on the same hole to go to 7 over for the tournament.

11:34 a.m.: Tiger misses the birdie but avoids the bogey after following a day with four 3-putts and a 4-putt.

11:28 a.m.: Meanwhile, Tiger’s chip onto the green on Hole 3 goes way past its mark. He has a long birdie attempt downhill, looks like from 20 feet out.

Live coverage of the Masters will begin on CBS starting at 2 p.m. ET. If you want to watch the morning action, you will have to head over to Masters.com.

Paramount+ and ESPN+ will also carry morning action Sunday, in the form of featured groups and featured holes.

You will also be able to stream the Masters using fuboTV, which comes with a free trial.