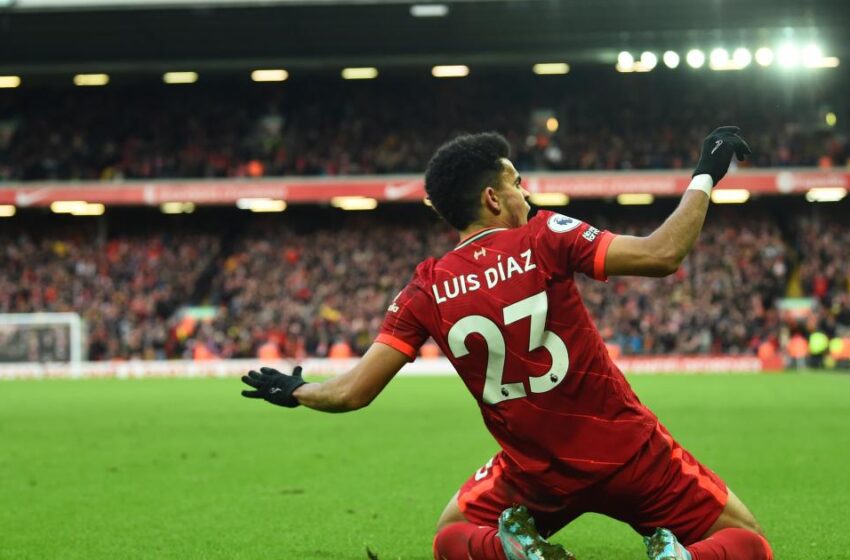 Who is Luis Diaz? How much did he cost for Liverpool in winter transfer? 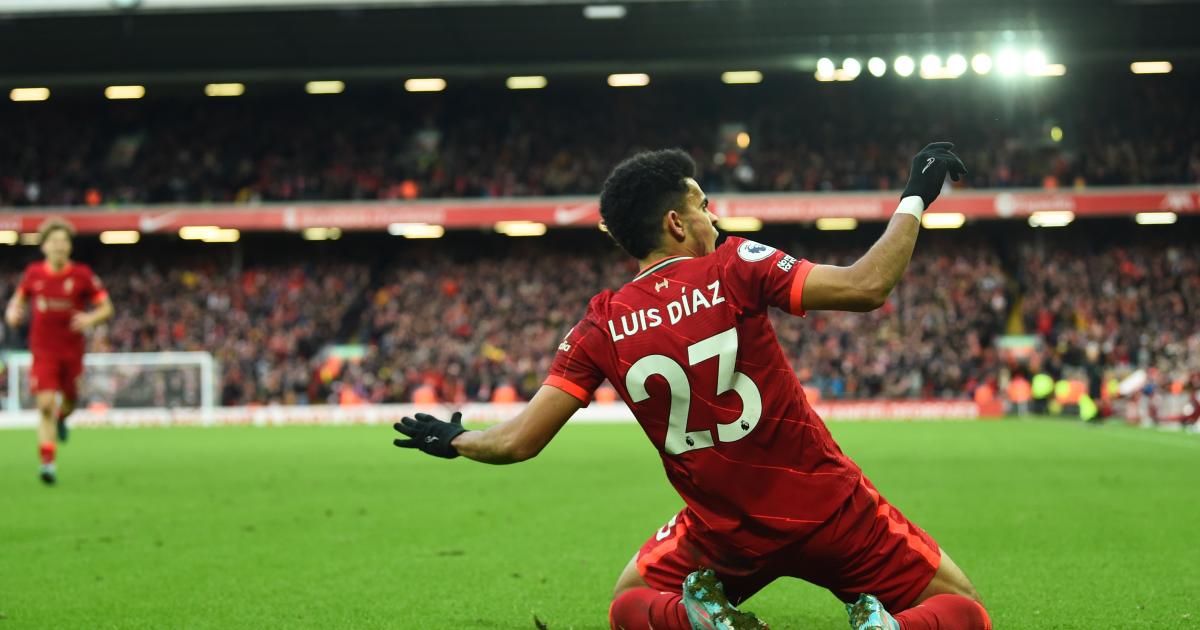 Luis Diaz has only been at Liverpool Football Club for a short time, but he’s already made his mark.

Since moving to Liverpool, the Colombian has settled in seamlessly, already with two goals in the Premier League, including a winner at Brighton on March 12.

He’s also won a trophy with Liverpool, starting and playing 97 minutes in a memorable Carabao Cup final against Chelsea which the Reds won on penalty kicks on Feb. 27.

Here’s everything you needed to know about the 25-year-old Diaz, his playing style, position and why Liverpool signed the winger to begin with.

“In training he cannot stop smiling. I have never had a player like this, it’s crazy. We expect a lot from him.” 🔴 pic.twitter.com/Z5qLsfrQ7S

Who is Luis Diaz?

Luis Diaz is predominantly a left winger who joined Liverpool from Porto in the January 2022 transfer window. He’s featured 35 times for Colombia netting eight times, and he was also part of the Under-20 international setup for the South American nation as well.

MORE: How many trophies has Jurgen Klopp won?

His professional journey started domestically in Barranquilla, Colombia in 2016, before moving up a division to the Primera A to play for Atletico Junior, where he notched 15 goals in 67 games.

From there, he earned a move to Portuguese giants Porto as a 22-year-old, where he made his name on the big stage scoring in the UEFA Champions League and winning the league and cup double in Portugal. Altogether, he netted 41 goals in his two-and-a-half seasons at the club.

Klopp on Luis Diaz: “He’s a top class player. He showed that already. We give him time to adapt, but he’s an incredible player. His joy and his love for football is so obvious. In training he cannot stop smiling. I never had a player like this, it’s crazy. We expect a lot.” pic.twitter.com/Fc9DAjoVg0

How much did Diaz cost?

Diaz cost a reported $50 million with $17 million further in add-ons in a contract that will see him stay with Liverpool for the next five years.

It was somewhat of a shock signing given the timing, as Liverpool had been linked with a summer move for the forward. But Tottenham were ready to go all out to secure the player’s signature. So Liverpool was forced to move fast, and it moved to do the deal in January, rather than risk losing him to a domestic rival.

Diaz was also linked with West Ham in January, and the winger was reportedly scouted by a whole host of European clubs prior to his move to Liverpool. It’s a move that has, so far, proved to be a positive one, with the winger scoring his first goal in only his third appearance for the club against Norwich.

West Ham manager David Moyes reveals: “I spoke to Luis Diaz. My understanding is Liverpool were going to come in for him in the summer, and I was going to try and get him in January”. 🇨🇴 #LFC

“I don’t know if us trying to get him in January affected Liverpool’s decision” #WHUFC pic.twitter.com/HFXxSLfCr2

Where does Diaz play and what makes him good?

As mentioned, Diaz is a left winger, and has played there for the entirety of his career. His pace, dribbling ability, aggression and intensity are all key attributes for the former Porto player, who has fit in seamlessly with Liverpool’s style of play which is heavily reliant on players with that exact make-up, especially in the attacking areas.

However, he also brings a lot of quality to the table. For example, his solo effort in the Champions League away leg at Manchester City was a goal that brought him to the mainstream for fans. He was also nominated for the Puskas Award for 2021 Goal of the Year for his stunning strike in the Copa America.

Klopp wanted Diaz because he fit the style of his system; for example, he registered in the 98th percentile for tackles in the final third — this fits in with Klopp’s high-intensity pressing system. He also stood out for his ball recoveries, dribbles attempted and ball retention.

In addition, Diaz is a high-volume shooter, loving to cut in from the left and take aim on net. In his first four Premier League matches with the Reds, he ripped off 17 shots, with a solid mark of 0.112 expected goals (xG) per shot, which compares to Mohamed Salah’s outlandish mark of 0.171 xG per shot.

For Liverpool fans, he could be the long-term replacement for soon-to-be 30-year-old Sadio Mane on the left-wing, as it seems the Reds have identified and secured another top player.