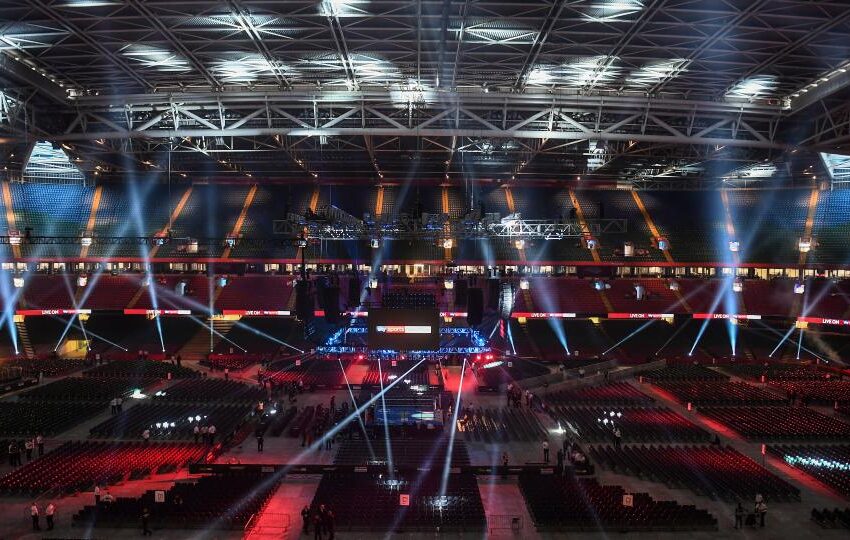 When is WWE Cardiff? UK PPV history, date and how to buy tickets for Principality Stadium event

WWE have excited British fans with the news that they are going to host their first stadium show in the United Kingdom for 30 years.

Cardiff has been named as the host city for the action this autumn, although no title for the show has been announced yet.

The news comes a week after WWE’s biggest money-spinner of the year, WrestleMania 38, was held in Texas, with Roman Reigns defeating Brock Lesnar in the massive main event.

What is WWE’s event in Cardiff?

It will be a premium live event, whereby it will be screened on the WWE Network, alongside pay per view across the world.

Talent for both of WWE’s main brands, Raw and SmackDown, will likely feature on the card, with the possibility of stars from NXT and also NXT UK being involved.

When is WWE Cardiff taking place?

September 3 is the date that has been chosen for the UK event.

It comes around a month after the second biggest show on the WWE calendar, with SummerSlam taking place on July 30 in Nashville.

Where is WWE Cardiff being held?

Principality Stadium is in the city centre of Cardiff and is within easy walking distance of the main public transport locations in the Welsh capital.

The stadium has a capacity of 73,931 for sporting events, though it is unclear what the number allowed in for a WWE show would be – with staging likely to block some of the seats, but additional chairs added on the floor.

The stadium is the home of matches for the Welsh rugby union side, with all their Six Nations and international games played there.

Pertinently to WWE and its ring setup, Principality Stadium has hosted big boxing matches, too, with Anthony Joshua twice fighting there. In 2017 he overcame Carlos Takam, and in 2018 he defeated Joseph Parker.

Ed Sheeran, Coldplay and Beyonce are among the musical acts to have played concerts there.

Why did WWE choose Cardiff to host their UK show?

The fact that Principality Stadium has a fully retractable roof, which can make proceedings indoor if necessary, is surely an element that appealed to the WWE.

That is with the fact that the weather in the UK can be unpredictable at the best of times, and some security from the risk of rain would be beneficial. 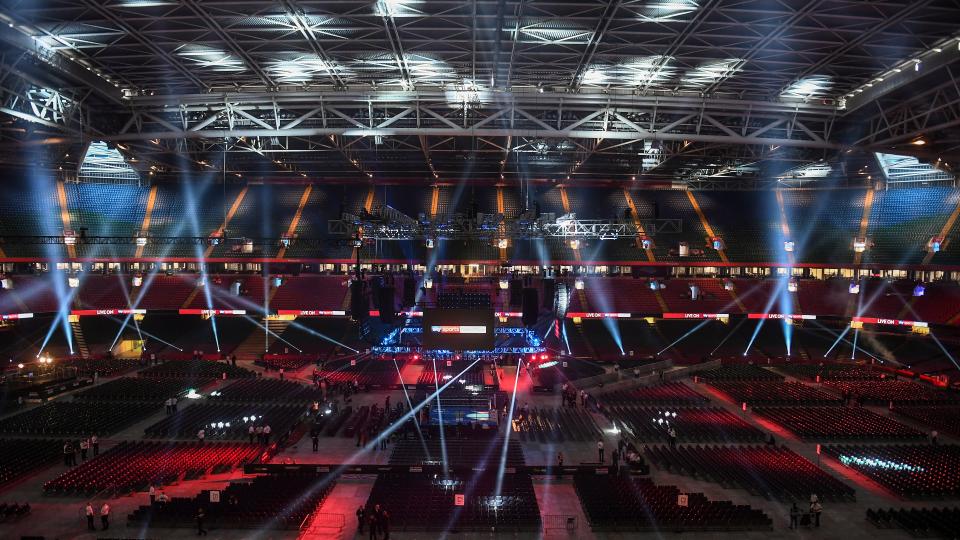 When do tickets for WWE Cardiff go on sale?

No date has yet been announced for when tickets will go on sale, but fans have the chance to pre-register their interest on WWE’s website and to be informed of when they can try and guarantee their spot in Cardiff for the action.

Has there ever been a WWE PPV in the UK before?

The biggest and most memorable was in 1992 when Wembley Stadium hosted SummerSlam, with that remaining the last time that WWE hosted a show in the UK in a stadium. The British Bulldog beat Bret Hart in the main event that night to win the intercontinental title.

The WWE held numerous shows at smaller indoor arenas up until 2003. They were PPV events for UK audiences but not broadcast in the US, with the last one being Insurrextion in June 2003 in Newcastle, where Triple H beat Kevin Nash in the main event.

The WWE usually film at least one episode each of Raw and SmackDown in the UK each year. NXT, the promotion’s development brand, held a show that was screened on the WWE Network exclusively in December 2015 – NXT TakeOver: London.

Are any WWE wrestlers from Wales?

There is WWE talent from Wales but they are not on the main roster, so the probability of them being on the card is unlikely, though they could feature in dark matches or a Battle Royal.

Eddie Dennis, Mark Andrews and Flash Morgan Webster are the Welsh stars on the NXT UK brand, which is screened on BT Sport and the WWE Network.

Tegan Nox was on the main women’s roster and appeared on SmackDown, but was released from her WWE contract in November 2021.

Almost certainly yes. Barring injury, the WWE’s current biggest star will be a strong favourite to be in the main event spot in Cardiff.

Reigns is in the midst of an epic reign as WWE Universal champion, having held the belt since August 2020. He unified the company’s two world titles and became undisputed champion at WrestleMania on April 3, when he defeated Brock Lesnar to take his WWE Championship.

MORE: WWE PPV schedule for rest of 2022 on the road to WrestleMania 39

Will Drew McIntyre challenge Roman Reigns for the WWE title in Cardiff?

The Scot is the biggest British talent on the WWE roster and showcasing him in Cardiff would make a lot of sense.

McIntyre has twice been WWE champion in the past, winning it for the first time in April 2020, from Lesnar at WrestleMania 36. But he has not been on the main event scene since June 2021, and has not faced Reigns in a championship match yet.

McIntyre is due a title challenge soon and having him challenge Reigns over the summer, culminating in a showdown in Cardiff, would tick a lot of boxes in producing a main event guaranteed to spark some home support for one of the protagonists.