What channel is the NCAA gymnastics championships on today? Start time, TV schedule to watch semifinals 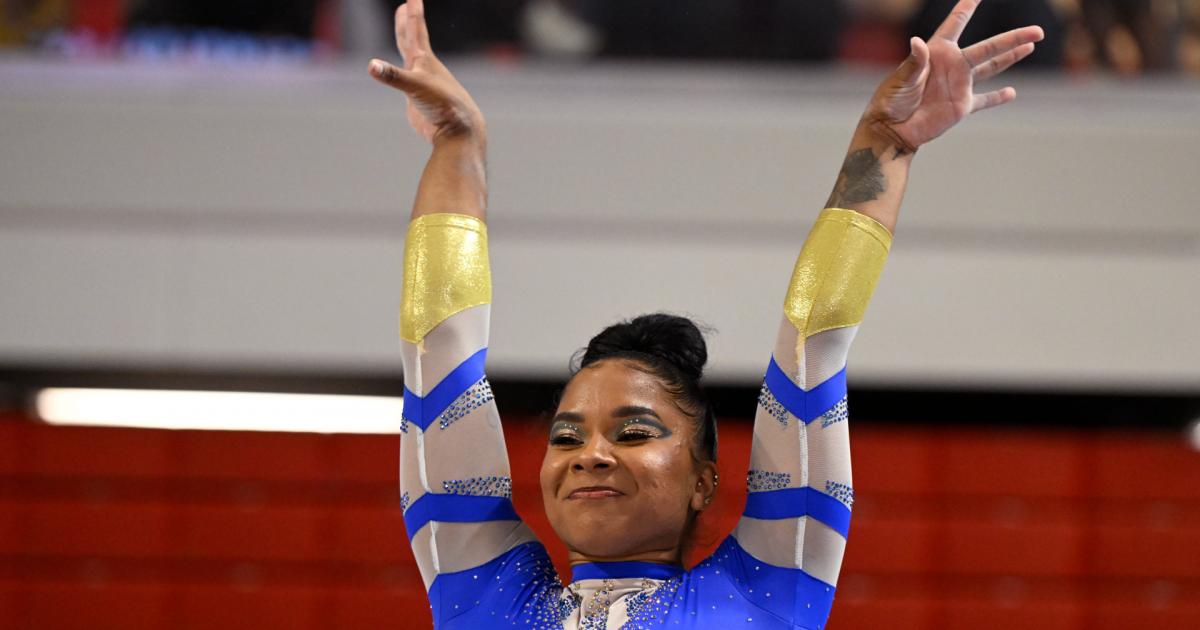 After her clutch performance at the 2021 Tokyo Olympics, Suni Lee is one of a few Olympians looking to bring home more gold — this time, for their colleges at the NCAA women’s gymnastics championships.

Auburn’s Lee, Oregon State’s Jade Carey and UCLA’s Jordan Chiles each took home some hardware in the Oympics: Lee earned the all-around gold in Tokyo, Carey earned the gold for the floor routine while Chiles helped the U.S. capture the team silver.

While all three women have an opportunity to earn more accolades, all eyes in the team competition will be on defending champion Michigan, Oklahoma and Florida. The Wolverines and Sooners have been atop the rankings most of this season with the Gators hovering nearby.

Florida spent most of the 2021 season as the No. 1 team in the country but lost out to the Wolverines in the end. The Gators will get another chance this weekend in Fort Worth, Texas, but they’ll have plenty of competition.

Here’s how to watch the 2022 NCAA women’s gymnastics championship:

What channel is the NCAA gymnastics championship on?

In the first semifinal, Oklahoma, Utah, Alabama and Minnesota take the mats. In the second, Florida, Michigan, Auburn and Missouri. Jade Carey will compete in the individual all-around competition for Oregon State in the first session, while Jordan Chiles will do the same for UCLA in the second.

Those hoping to catch the tournament on TV can tune to ESPN2 for the semifinal events on Thursday.

FuboTV, which offers a free trial, carries the ESPN family of networks, as well as ABC, so fans can catch both semifinal events as well as the championship event on Saturday afternoon.

The ESPN App will also be broadcasting select streams of this weekend’s events.

Fans hoping to catch every minute of this weekend’s NCAA women’s gymnastics championship can follow it all at the following: