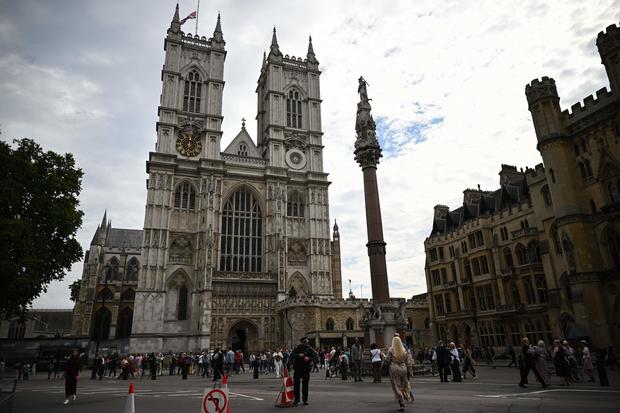 Westminster Abbey, where the funeral is being held, has a long and storied history. In addition to being the site of Britain’s monarchical coronations since 1066, the abbey was also a special place to the late queen herself during her 96-plus years.

In 1947, at the age of 21, then-Princess Elizabeth married Prince Philip at Westminster Abbey’s altar. Five years later, her coronation was held here.

Family joy would follow with the marriage of her grandson Prince William to Kate Middleton here in 2011. Family sorrow would come, too, with the funeral of the queen’s mother in 2002, and then the funeral of her husband in 2021.

The last time a monarch’s funeral was held in Westminster Abbey itself was 262 years ago, for King George II.

“I think the job of the abbey and the job of people like me, to some extent, is to keep stitching the story together — to say it’s possible in pretty divided and volatile times to say, all this can be gathered in, reconciled, redeemed, celebrated. So, her majesty’s reign, which started in the abbey, comes to an end in the abbey. It’s a bit more of stitching the story together.”