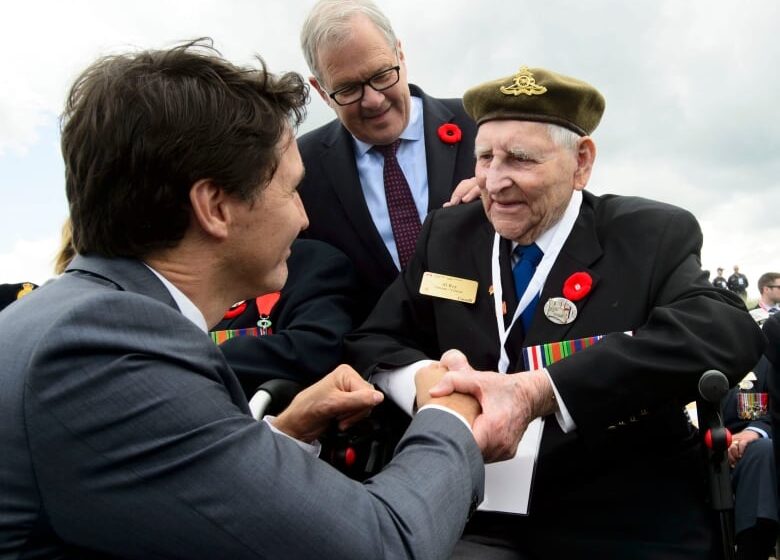 Veterans Affairs Minister Lawrence MacAulay is vowing to do “everything possible” to resolve a dispute over a proposed condo development at Juno Beach in France, the site of the D-Day landing during which hundreds of Canadian soldiers died.

The site is currently home to the Juno Beach Centre, a privately operated Canadian museum that has been open for nearly 20 years.

The museum has for two years been engaged in a lengthy legal battle with French developer Foncim, which plans to construct two buildings near the beach, for a total of 66 condos.

“We will do everything possible to bring a proper resolution to this dispute,” MacAulay told reporters outside of the museum on Wednesday.

Save Juno Beach, a group of Canadians organizing to stop the development, says the construction of condos on the site where Canadian soldiers took part in the pivotal Normandy landings will dishonour the sacrifices of those soldiers who stormed the beach on June 6, 1944.

However, a French court ruling in early January granted Foncim the right to begin construction later this year. A spokesperson for the developer told French media that construction could begin in September and last for up to two years.

MacAulay didn’t go into detail about what kind of resolution he would like to see, but noted that he had met with the mayor of Courseulles-sur-Mer — where Juno Beach is located — and would be meeting with the French minister delegate for remembrance and veterans to stress the importance of commemorating the loss of Canadians who died at Juno.

“I’m certainly not going to direct what the centre does, what the town does here, or what the French government does,” he said.

Unlike the Save Juno Beach group, the museum says it is not categorically opposed to the possibility of construction near the site of the landings.

The legal dispute between the developer and the Juno Beach Centre has largely centred on the usage of a road — named la Voie des Français Libres — constructed and operated by the museum.

“We have great concern for the impact that this will have on the Juno Beach Centre,” the museum said in a previous statement to CBC.