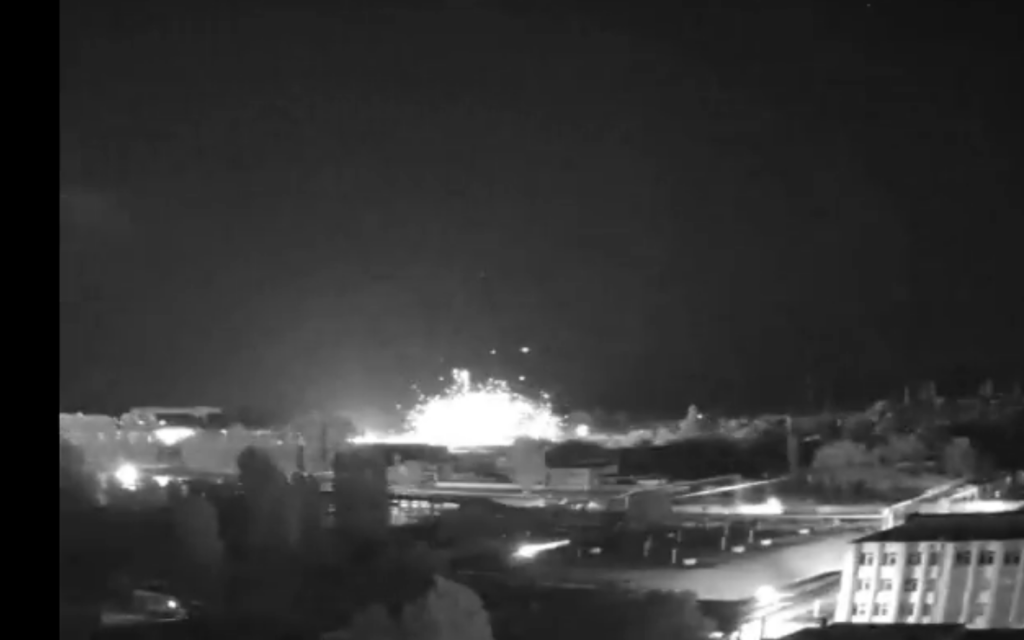 KYIV, Ukraine (AP) — A Russian missile strike hit a facility close to a nuclear power plant in southern Ukraine Monday, causing no damage to its reactors but damaging other industrial equipment in what the country’s atomic energy operator denounced as an act of “nuclear terrorism.”

Energoatom said the missile struck just 300 meters (yards) from the plant, causing an explosion that broke more than 100 windows on buildings in the complex.

The attack also caused a nearby hydropower plant to shut down temporarily, but didn’t affect the reactors of the nuclear plant, Energoatom said, calling the strike an act of “nuclear terrorism.”

The Russian Defense Ministry had no immediate comment on the attack.

The Pivdennoukrainsk plant, also known as the South Ukraine Nuclear Power Plant, sits along the Southern Bug River and is some 300 kilometers (190 miles) south of the capital, Kyiv. It is Ukraine’s second-largest nuclear power plant with three reactors.

VOLODYMYR ZELENSKYY: The Mykolaiv region. At night, a missile fell 300 meters from the Pivdennoukrainsk NPP. Windows were damaged in buildings on the territory of the NPP. Russia endangers the whole world. We have to stop it before it’s too late. pic.twitter.com/VwM06V2uP6

The Zaporizhzhia nuclear power plant, the largest in Europe, has been occupied by Russian forces since the early days of the invasion and repeatedly came under fire that cut off its transmission lines and eventually forced operators to shut it down to avoid a radiation disaster. Russia and Ukraine have traded blame for the shelling.

The International Atomic Energy Agency, the United Nations’ nuclear watchdog, which has monitors at the Zaporizhzhia plant, did not immediately respond to a request for comment on the attack.