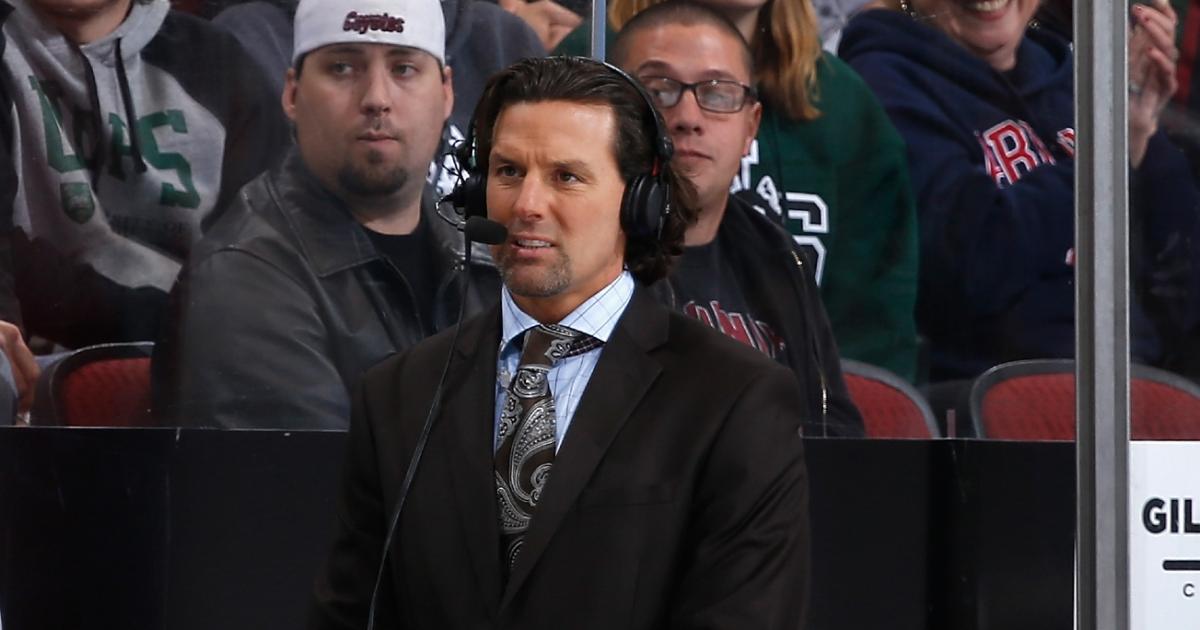 Coyotes broadcaster Tyson Nash continues to defend his controversial comments he made during a Coyotes-Ducks game earlier this month.

During the Ducks’ 5-0 win over the Coyotes on April 1, Ducks forward Trevor Zegras poked at Coyotes goaltender Karel Vejmelka as he covered the puck late in the game. Coyotes forward Jay Beagle took exception, who cross-checked Zegras before engaging with Ducks forward Troy Terry.

The Arizona veteran put a beatdown on the young Ducks star, leaving Terry bruised and bloodied in the face.

During the altercation, Nash said on the Coyotes broadcast that what Beagle did was warranted and if Zegras and Terry want “to embarrass guys, you want to skill it up, you better be prepared to get punched in the mouth.”

“That’s the problem with these young players. You wanna embarrass guys? You wanna skill it up? You better be prepared to get punched in the mouth.”

The comments sparked controversy online, but Nash defended himself a day later. Even nearly two weeks later, he still continues to see nothing wrong with what he said.

He went on the Cam and Strick podcast this week where he was asked by hosts Cam Janssen and Andy Strickland if he would change anything about what he said. Nash answered by tripling down on his take.

“Well I really wouldn’t change a thing,” Nash said. “If there was one thing I would change that people have jumped all over me about is that I was trying to down play and be negative on the skill aspect of the game, which I find laughable.”

Nash continued on by saying that he loves Zegras’ style of play, but that he should be prepared to defend himself for playing his game.

“I absolutely love [Zegras],” Nash said. “I love that he chirps, I love his swagger, I love his cockiness. But all I’m saying is, when you’re gonna do all that, be prepared to get punched in the mouth.”

It’s a ridiculous take that Nash keeps defending. He’s saying on one hand that he loves the skill that Zegras showcases in the NHL, but that if he continues doing it, he should be ready to drop the gloves.

So because Zegras is better than Beagle, he should have to answer for it? I don’t think so.

What happened between Jay Beagle and Trevor Zegras?

Earlier in that same game on April 1, Zegras had scored a highlight-reel Michigan goal, picking the puck up on the blade of his stick and firing the puck in with a wraparound, lacrosse move.

Later in the game, Zegras poked at Vejmelka’s glove as he was covering the puck. A scrum ensued where Beagle cross-checked Zegras in the back. Terry came over to defend Zegras and that is when all hell broke loose, with Beagle firing away punches at Terry, even when the player was cowered on the ice.

In the background, you can hear Nash defending Beagle for his actions.

The scuffle left Terry with a gash over his left eye that required stitches.

“Stop being so skilled,” Tyson Nash to Troy Terry… pic.twitter.com/qWP6lIwg4Z

What did Trevor Zegras have to say about the incident?

Zegras was not happy about Beagle taking liberties with Terry.

He did not hold back during his postgame interview, calling Beagle’s actions “embarrassing.”

“The fact that he’s down, and not engaged in a fight, and you’re gonna hit him three more times, I think it’s embarrassing,” Zegras said. “I think the league should step in here and do something about it.”

Beagle did not face any discipline from the league as a result of the incident.