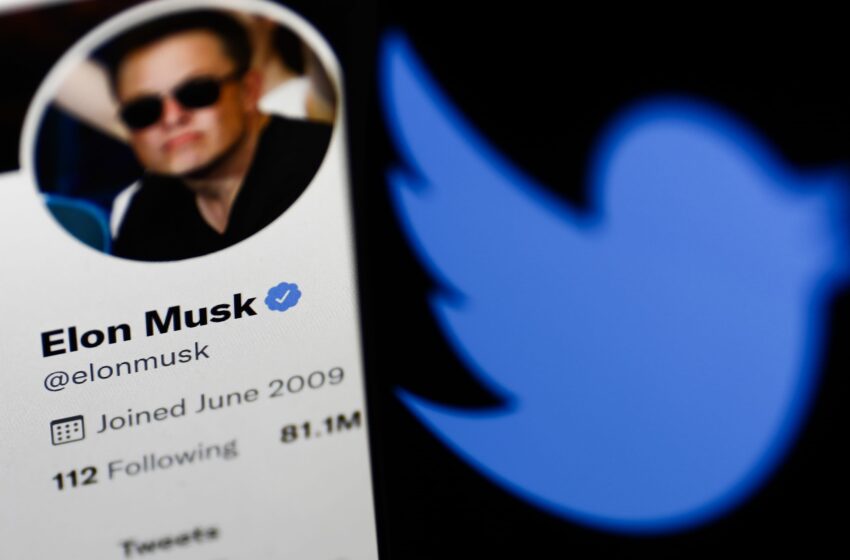 Twitter shares up after Elon Musk abandons plan to join board

Elon Musk’s Twitter profile displayed on a computer screen and Twitter logo displayed on a phone screen are seen in this illustration photo taken in Krakow, Poland on April 9, 2022.

Twitter stock turned positive Monday morning after CEO Parag Agrawal revealed that Elon Musk has abandoned his plan to join the company’s board.

On April 5, Musk and Twitter said he would be joining Twitter’s board. A day earlier, the Tesla and SpaceX CEO disclosed via financial filings that he’s Twitter’s biggest shareholder, with a 9.2% stake in the firm.

Musk would have been appointed to Twitter’s board on Saturday, but the world’s richest man informed the company that day that he would not, in fact, be taking the board seat. Twitter’s investor relations page is yet to be updated and Musk is still listed as a board member.

“Elon has decided not to join our board,” Agrawal wrote Sunday on Twitter. “I sent a brief note to the company, sharing with you all here.”

In the note, Agrawal said that Musk remains the largest shareholder of Twitter, and the company will remain open to his input.

“We were excited to collaborate and clear about the risks,” he wrote. “We also believed that having Elon as a fiduciary of the company where he, like all board members, has to act in the best interests of the company and all our shareholders was the best path forward.”

The Twitter CEO did not say whether Musk gave specific reasons for changing his mind about taking on the new obligation or whether it was entirely Musk’s decision.

If Musk had joined the board, he would not be able to acquire more than 14.9% of the company’s shares. Now that he’s no longer joining the board, he can theoretically increase his stake, should he wish to. Some industry experts speculated on Twitter that he may now try to take over the company and rebuild it in the way that he wants to.

Twitter’s stock jumped 4% on Tuesday following the board announcement.

On Monday, after Musk’s stake was initially revealed, Twitter had its best day since the company’s IPO in 2013, skyrocketing more than 27%.

Throughout the weekend, without revealing that he had turned down the board seat at Twitter, Musk posted a number of ideas to transform the social media company and its products.

One of the suggestions was a coarse joke in the form of a Twitter poll. Musk asked people to vote on whether Twitter should drop the “w” from its name. Doing so would turn Twitter into “titter,” an allusion to female anatomy.

“Everyone who signs up for Twitter Blue (ie pays $3/month) should get an authentication checkmark,” Musk wrote. “And no ads. The power of corporations to dictate policy is greatly enhanced if Twitter depends on advertising money to survive.”

Musk also suggested that Twitter should turn its headquarters office in San Francisco into a homeless shelter, “since no one shows up anyway.”

He also suggested Twitter user numbers are inflated by bots and at one point asked if Twitter is dying.