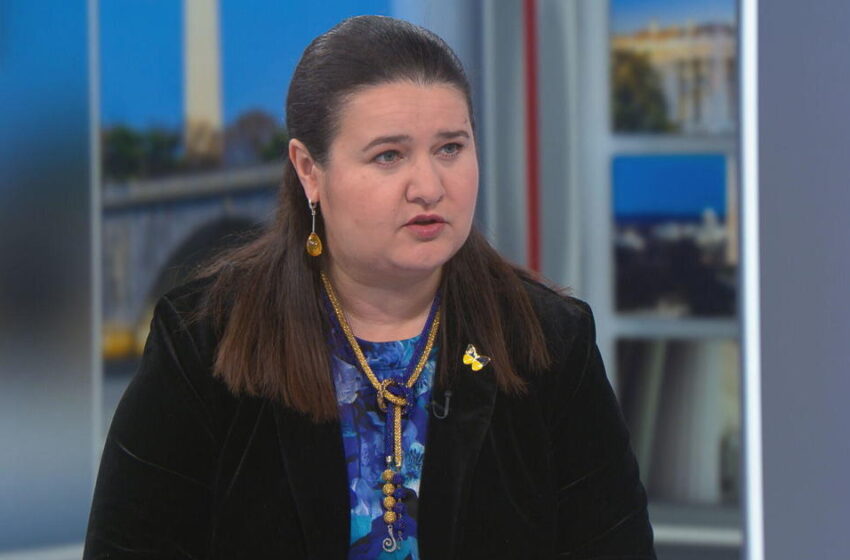 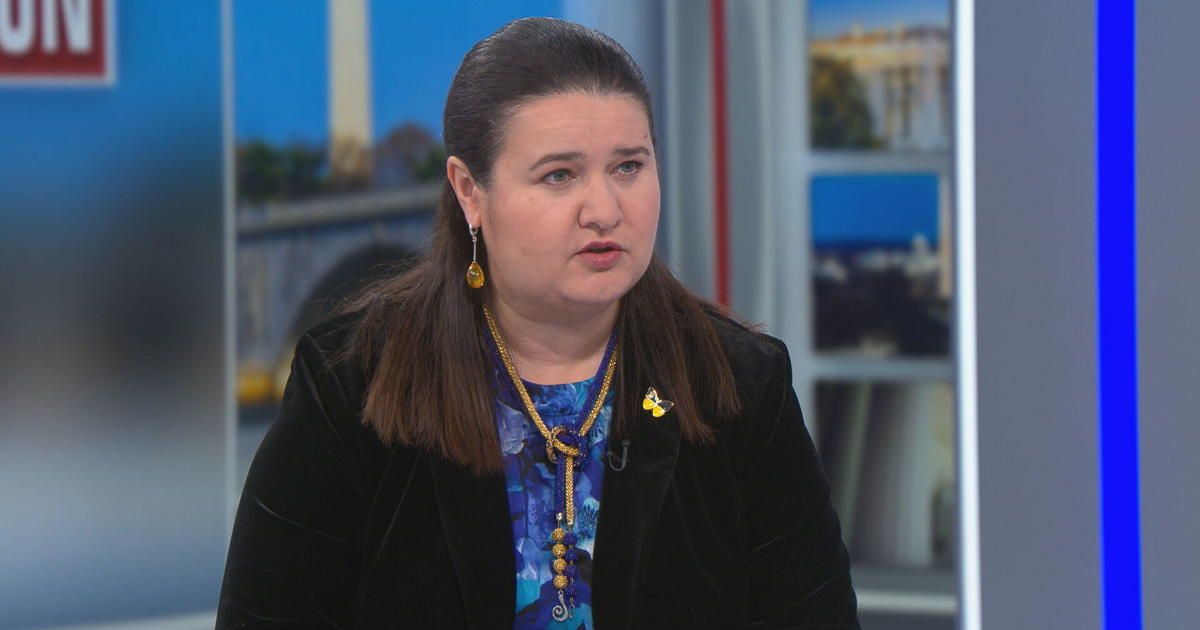 The following is a transcript of an interview with Ukrainian Ambassador to the U.S. Oksana Markarova that aired Sunday, April 10, 2022, on “Face the Nation.”

MARGARET BRENNAN:  And we are back with Ukraine’s ambassador to the United States, Oksana Markarova. Welcome back to FACE THE NATION.

MARGARET BRENNAN: Ambassador, we just heard from Jake Sullivan all of the equipment that the U.S. is considering giving and training, he said, to Ukrainian forces — what specifically do you need now?

AMBASSADOR OKSANA MARKAROVA: Well we work now on a daily basis with our colleagues here, and I have to say that there is progress and I will not, of course, disclose the specifics of what we are working on. I’d rather surprise, you know, Russians on the battlefield with it, but I think there is an understanding that after the battle of Kyiv, we really have to win this battle of Donbas and we have to win this war. And we need all the equipment, all the firepower, all the anti-air in order to be able to do so.

MARGARET BRENNAN: There has already been eight years of fighting in the East before this full scale invasion. So when you are looking at the full force of the Russian military bearing down on this region, exactly what are you preparing for? What are you telling Ukrainians to prepare for?

MARKAROVA: Well, we’ve seen this, as you rightfully pointed. I mean, we have we have been saying for eight years and we’ve seen these atrocities and we’ve seen these horrible attacks in in the east in Donetsk and Lugansk when Russia occupied it illegally and attacked in 2014 and 2015. Right now we see that all these airstrikes that we see throughout Ukraine, we see in Mariupol, we see in Kharkiv, in Chernihiv you are essentially destroying the cities from the air, but also there are atrocities on the ground which now every world sees after we were able to liberate north of-of Kyiv. So what we are preparing is for the massive attack in the east. Yes, the enemy, Russians. They are demotivated. They are war criminals. But there are so many of them and they still have so much equipment and it looks like they’re going to use all of it. So we are preparing for everything. We are preparing for securing the civilians. That’s why the Oblast announced that the safe evacuation of children and women. And we saw what happened in Kramatorsk when Russia attacked that very evacuation effort in order to get as many civilians out from where we expect the intensified attack to be. And, of course, our armed forces, I mean, the president, the commander in chief and all the armed forces, they are preparing for whatever Russia is going to do in order to be able to defend us.

MARGARET BRENNAN: The Justice Department says it is working with your government on these alleged war crimes. And we’ve heard President Zelensky say you have radio intercepts, you have people in custody who have shared information about what they were told to do. They had maps of civilian areas they were told to bomb. So what happens to those rank and file soldiers? Do they face trial in Ukraine?

MARKAROVA: Well, look, I know that lawyers have to say “alleged.” I can say war crimes, because we see them. We see them in real time. So we have all these witnesses on the ground. We filed all the criminal charges in the international court. We have the criminal cases opened in Ukraine, more than 4000 of individual criminal cases already by the prosecutor general. We have ten more countries that opened their own individual criminal prosecutions, and we are providing all the evidence to them. So, yes, all of them will be prosecuted, both military commanders, personnel, people who did it on the ground, the people who ordered it, and ultimately Putin.

MARGARET BRENNAN: It’s complicated, but the United States is not party to International Criminal Court fully. So exactly how does this play out? Where do you want these individuals to face trial?

MARKAROVA: Everywhere. There should be no place on earth where they can hide. So, yes, we would like them to be tried in Ukraine. And we really hope that after we win and after Ukraine is liberated, that we will have a tribunal. I think, you know, Ukraine and our people are entitled to a full scale tribunal, but anywhere, anywhere where they can be prosecuted is is fine. The justice has to be there.

MARGARET BRENNAN: The United Nations estimates hundreds of thousands of Ukrainians have been moved to Russia since the invasion began. President Zelenskyy said 2,000 children were abducted in his UN address he made that claim. What evidence do you have of that and do you know what is happening in these so-called camps?

MARKAROVA: We just put out an official resource called War Crimes Ukraine UA. And we have the updated information there that almost half a million people, more than 400,000, have been forcefully deported or relocated to Russia. Out of them, 91,000 are children.

MARGARET BRENNAN: What are – why?

MARKAROVA: We are trying to locate all of them and get as much information as possible. We have already evidence and accounts that they’re taken to either some temporarily camps that they are taken the Russians are taking away their documents, that they are trying to relocate them somewhere else in in Russia and ban them from moving back. So it’s, again, another horrific war crime. And the diplomatic groups are working day and night to essentially locate the people. Also, we have given publicly the numbers of the consulates that people can call wherever they are and– and tell us where they are, who they are, so we can see and locate them. So we are collecting all the evidence on that and trying everything possible to get them home safely.

MARGARET BRENNAN: Ambassador, thank you for your time today. And we’ll be back with more Face the Nation. Stay with us.