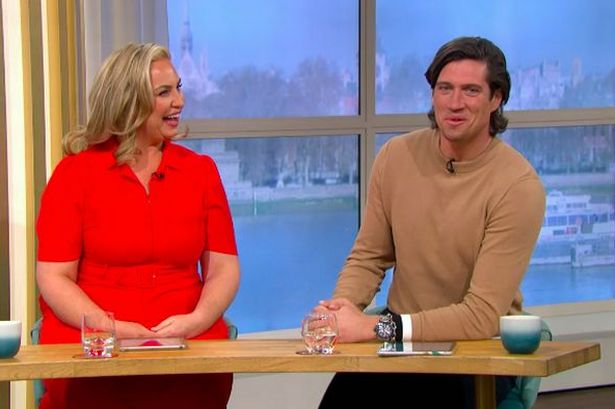 The segment descended into laughter as Ben Shephard seemingly made a racy confession. Josie and Vernon spoke to Ben who was live from the Tipping Point studio, discussing how the programme will celebrate its 10 year anniversary in July.

Josie began the conversation by saying: “You’ve been going for 10 years in July, can you believe you’ve been doing it that long?” and Ben, seemingly without thinking responded : “Josie I barely last ten minutes with most of the things I do.”

Read more: ITV This Morning’s ‘Coupon Queen’ reveals simple petrol hack to save you money at the pump

Looking shocked, Josie uttered: “Oh right!” before starting to giggle as Ben added: “10 minutes is a good period of time.” Both Vernon and Josie struggled with their composure as it seemed that they had both taken Ben’s comment to be X-rated, relating to endurance in the bedroom.

Ben seemed blissfully unaware of what he said as he continued: “So 10 years, I think it’s testament to how special the show has become for lots of people. Really woven into their everyday lives…” Yet Vernon and Josie couldn’t contain the laughs.

Viewers were clearly thinking along the same lines as they took to Twitter in hysterics. @Hello_Lois penned: “‘I barely last 10 minutes, in anything I really do’ Aw Ben… Why did you say that.”

But not everyone was keen on the relaunch Tipping Point had today as the series changed its format for its latest run.

Several fans went online to raise grumbles with the show and to call for the changes to be reversed.

Amazon Prime has thousands of original series, sport documentaries and films you can subscribe to watch here for just £7.99/ month plus a free month trial included.

Disney+ is here in the UK and if paid for an annual subscription can save viewers 15%, giving you access to Disney and Pixar films, and popular series such as The Mandalorian. New O2 customers, or existing customers who are upgrading their plan, can get up to 6 free months of Disney+.

Also, Apple TV offer a free trial for seven days but just remember that the subscription will renew automatically at £4.99/a month, so don’t forget to cancel if you don’t want it anymore.

Netflix is available on your smartphone, tablet, smart TV, laptop or streaming device, all for one fixed monthly fee. Plans range from £5.99 to £13.99 a month. No extra costs, no contracts.