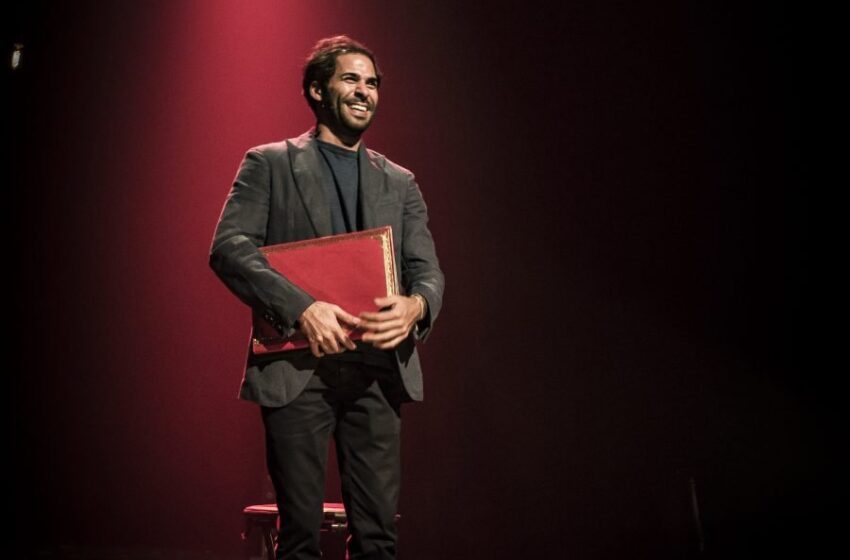 Laughter and more laughter. The spectators of the Mohammed VI theater in Rabat had a good time, on the evening of Saturday April 9, during the show by comedian Jalil Tijani, ” board games“. One of the highlights of this cultural season.

At 9:15 p.m., a few minutes before the start of Jalil Tijani’s show, the public is still queuing at the entrance to the Mohammed V Theater in Rabat. Inside the room, the spectators chant the name of the actor whom they have not seen on stage for almost two years due to the pandemic.

» It was quite amazing. As I said at the start of the show, we’ve been waiting for this moment for two years, for the theater to reopen and for us to finally be able to have people on stage. “, says Jalil Tijani.

For his one man show, the artist embodies several characters, to paint a complex and quirky portrait of Moroccan society. The comedian recounts his plural Morocco. A civil servant ready for any contortion to flatter his boss and obtain a promotion, a middle-class woman cut off from reality and locked in her ivory tower of gossip, a taxi driver oscillating between clichés and flashes of genius… The recipe for success : a brilliant stage play, a sharp humor and a sharp pen.

” Our job is to bring together people who don’t know each other in a theater and make them laugh together at the same time. It is something magical and which is also lost on social networks. Nothing to do with the live experience in terms of sensation“, expressed the comedian at the microphone of MoroccoLatestNews UK, who was too happy to see the Mohammed V theater full to bursting“.

At the end of his show, Jalil Tijani offers a taste of his upcoming sketches to his audience to thank them for their loyalty.

” Yesterday in Rabat was the last for Board Games. There are people who have come to see this show two to three times, sometimes even more. I wanted to share with them new sketches that I wrote for my next show which is not finished. Normally we do not venture to test in a large room. But I was a little carried away by the public yesterday and I felt like doing it, which I really don’t regret because it responded well” , did he declare.

Born in The Hague, having lived in Canada before settling in Rabat at the age of 10, Jalil Tijani is always happy to play in the capital, where he spent a large part of his youth.

” It’s normal. There is the family, the friends, the teachers who kicked me out of class when I did something stupid (laughs). The Arabic teacher has already come too. It’s quite magical. And then there’s that extra pressure. Because, when we play in front of family and friends, there is a little something extra, it is what carries us“, he observed.

While ” board games“, whose performances started in 2017, is coming to an end, Jalil Tijani is trying to focus on his next show being prepared.

” Only a few dates left. One in Marrakech and two in Casablanca. These last two dates are not insignificant because we are going to film the show. » he concluded.

After Dar Bouazza on March 31 and April 1, 2022 at the Hôtel des arts, and Rabat, on Saturday April 9, at the Mohammed V Theater, the show ” Board Games will be performed on April 16 in Marrakech (Meydene – M Avenue) and on April 27 and 28, 2022 in Casablanca at the Studio des arts vivants.